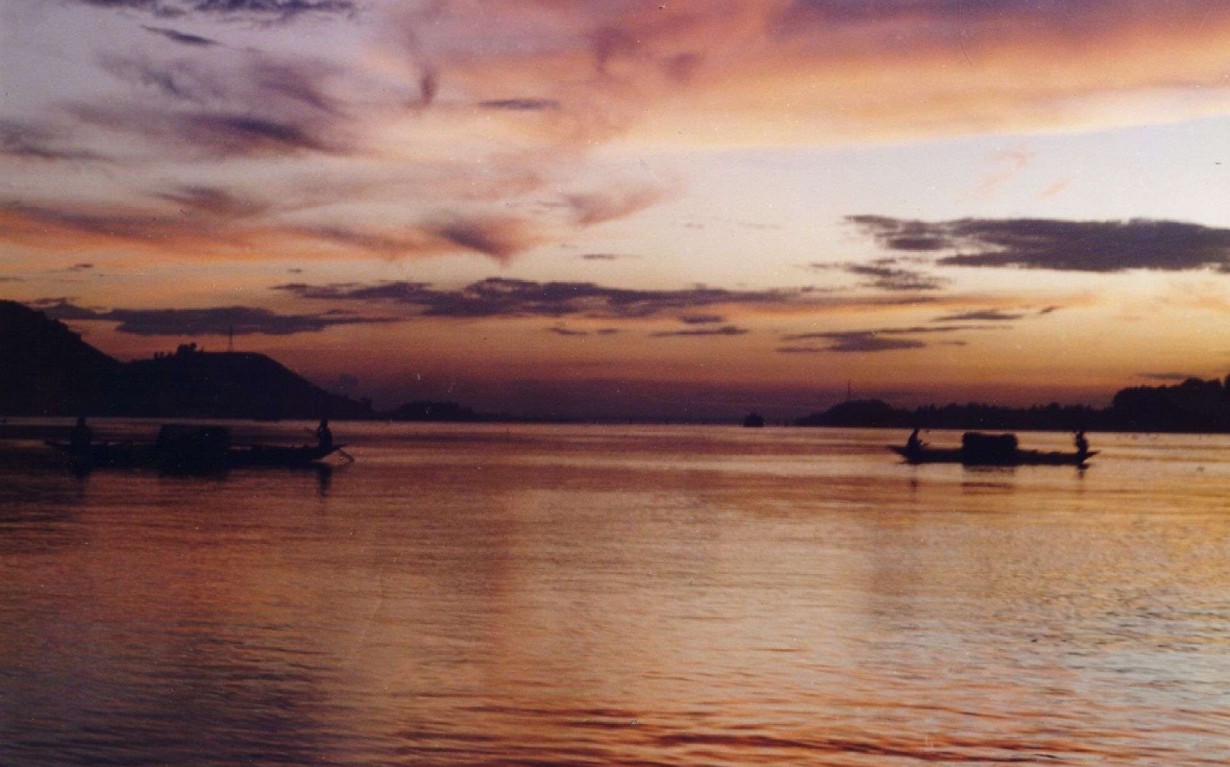 River Brahmaputra, mighty and beloved, stands by its name ‘Son of Brahma’, being the source of life for 625 million people in the Brahmaputra basin spread across India, China and Bangladesh. Over the years, insensitivity of human actions has forced this river into abysmal darkness, polluting the river water.

It originates from Angsi Glacier of the Kailash Range, near Mansarovar lake, known as Yarlung Tsangpo or “the purifier”. Flowing 1600 kms eastwards, across Southern Tibet and alongside the Himalayas, the 2900 kms long river enters India at Namcha Barwa, in Arunachal Pradesh and flows through Assam as Siang or Dihang.

Moving through the vast Ganga delta in Bangladesh as Jamuna, it merges with Padma (Ganga’s popular name in Bangladesh) and finally enters the Bay of Bengal as Meghna.

Pollution of river water not only degrades the water quality but has a far fetched impact on various elements of the ecosystem. Let us discuss some major causes.

Oil is venom for river water and aquatic life. Oil does not dissolve in water and forms a thick layer on the surface, blocking oxygen, suffocating aquatic life in the process.

More than 200 incidents of oil spills have been reported in Assam over the last decade, of various magnitudes. Oil processing factories situated near the river banks pose a major threat and 40 such incidents have been documented by Assam Pollution Board in 2014-15.

One such incident initiated on the morning of January 28, 2020. By 30th January, huge quantities of crude oil had been spilled on the Burhi Dihing, a tributary of Brahmaptura from the Central Tank Farm (CTF) of public-sector Oil India Ltd (OIL). This broke out fire on the river for four days.

On 27th May, 2020, an uncontrolled release of natural gas was reported at Baghjan Oilfield of Oil India Limited (OIL) in Tinsukia district of Assam.

Baghjan Oilfield is located right next to the Maguri-Motapung wetland, part of the eco-sensitive zone of the Dibru-Saikhowa National Park, well known for its migratory birds and feral horses.

The villagers of this area depend on the Wetland and the Dangori and Dibru Rivers in the Baghjan area as sources of livelihood.

From the surrounding villages and towns, more than 3000 people have been evacuated. The Dangori and Dibru Rivers are home to many highly endangered species including river dolphins, birds, and fishes, and there is no escape for them, as the river has been on flames.

Thus, Oil spills have a severe impact on the river ecosystem, the plants as well as animals in the vicinity.

The 6.41 million households in Assam, rising at an increasing annual rate which reached a maximum of 29.81% in 2011, are increasing the burden on the river.

In 2014, the Assam Pollution Control Board found that nearly 700 households in Guwahati alone had drainage lines directly connected to the river carrying untreated household wastes and sewage to the river.

A Central Pollution Control Board (CPCB) study in 2012 found that faecal coliform bacteria level in the river water in Guwahati was 3,000 more probable number (MPN) per 100 milliliters, much more than the 2,500 that is the usual norm.

Another CPCB report of 2016 provides the data substantiating the concern.

A 2013 study by Jahangirnagar University, Bangladesh detected the Biochemical oxygen (BOD) values in Brahmaputra, which ranged from 4.60 to 0.66 mg/L. The permissible limit for BOD by the Ministry of Environment, Forest & Climate Change (MoEF & CC) of the Government of India is ≤3mg/L.

Recent reports (2017) of International Journal of Engineering Research and Technology (IJERT) on assessment of water quality index of Brahmaputra river of Guwahati city, Kamrup district, Assam has classified the Brahmaputra river water in March 2017 as class IV, polluted with WQI of 61.71.

The cause that we are now going to discuss is a controversial one, or perhaps not.

In 2017, with the sudden change in the colour of river Brahmaputra, China’s “alleged“ construction projects were being blamed by India for polluting the river.

Following the claim, State Water Quality Testing Laboratory (SWQTL) had declared the water to be unfit for consumption. Nephelometric Turbidity Unit (NTU) content of the water sample was 482, while the iron content was recorded at 1.65 mg/liter, which is beyond the Bureau of Standards permissible limit of 5 NTU and 0.3 mg/L of iron.

This created a lot of misunderstandings as China denied all claims of such construction projects.

If India and China could have agreed upon to find the solution to the concern, focusing on the bigger picture, maybe the scenario would have been different.

Amongst all this, the ecosystem has been suffering while the livelihood of the people has been disturbed.

There has been a delay in the completion of the Guwahati Sewage project which was supposed to be partially commissioned by the end of January 2020. Contractor issues have been claimed as the cause of delay.
Another cause is said to be interference by locals, who demanded to be included in the construction process by providing construction materials to the sites. The physical work of the water supply project began during the first half of 2012 and was supposed to be completed in 28 months.

With concern to the community initiatives; as motivated as these steps are, lack of awareness and enthusiasm among people to volunteer for community activities is a major obstacle. Not many locals contribute to such community organizations.

State government and district authorities must support such groups in order to enhance the impact of their actions and initiatives.

Besides strict measures and project developments that need to be taken by the government and local authorities, the community must unite in order to protect the precious river.

Cleaning drive to spread awareness about waste management and segregation organised by Earth5R.

Plastic Pollution- A Global Problem that ...

Sustainable Development Goals in the Pandemic; ...