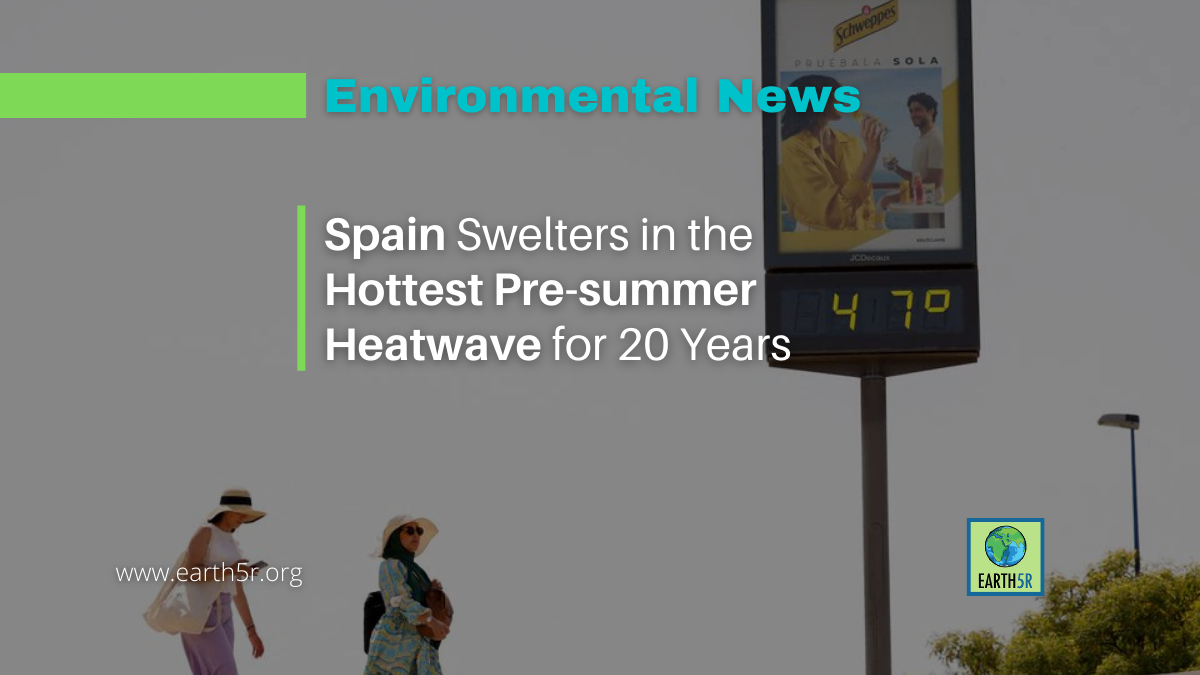 Spain Swelters in the Hottest Pre-summer Heatwave for 20 Years

Fan-sellers were doing good business in the southern city of Seville on Saturday as Spain sizzled in the hottest pre-summer heatwave for at least 20 years.

Carriage drivers dampened down horses who take tourists around the historic sights of Seville such as the Real Alcazar Palace and Plaza de Espana.

Temperatures reached 40 C (104 Fahrenheit) degrees in the Guadalquivir valley in Seville and the nearby city of Cordoba on Saturday, the national metereological office AEMET said.

On Sunday, the heatwave could intensify as temperatures could soar to 43 C (110 Fahrenheit) degrees in parts of southern Spain.

A cloud of hot air from North Africa has sent temperatures soaring, AEMET forecasters said, and the suffocating heatwave could last in most of Spain until June 15, six days before summer officially starts on June 21.

Forecasters predicted high winds and storms in some parts of Spain.

New Gharial Hatchlings in Nepal a ...