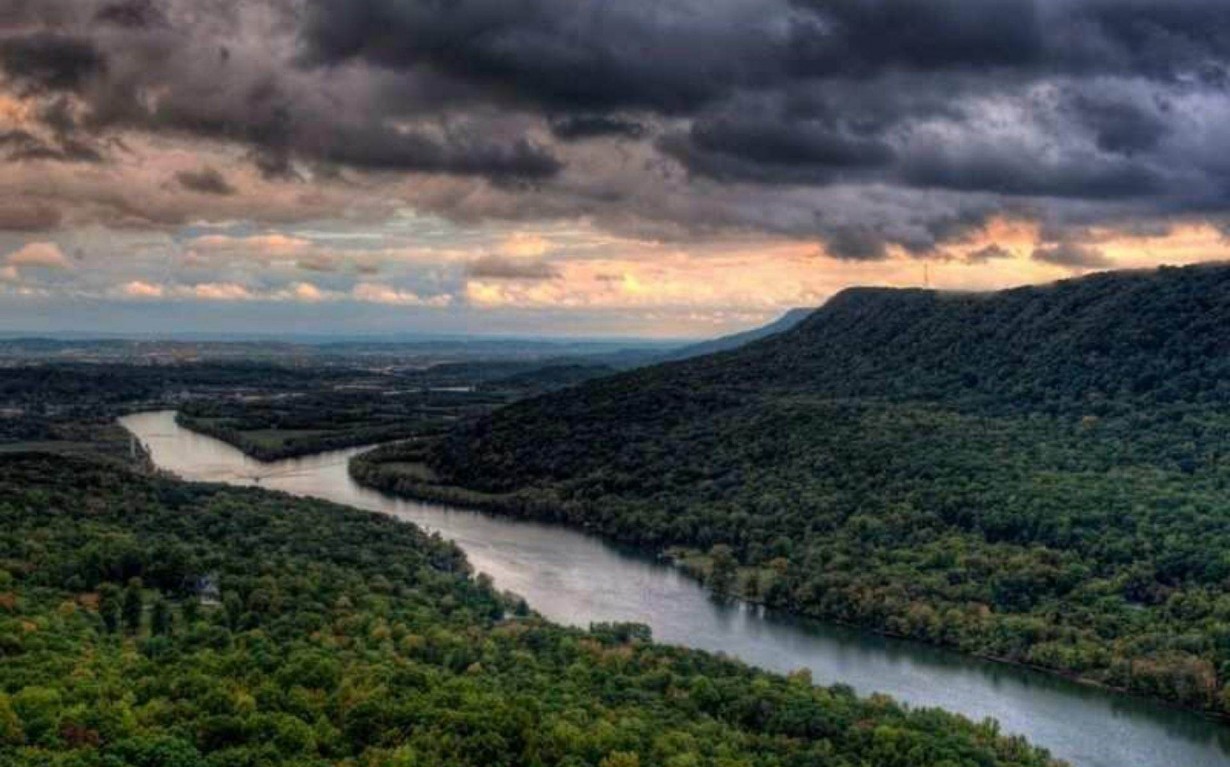 Sustainable Solutions for Pollution in the Tennessee River

18000 microplastic particles per cubic meter were found in Tennessee, infamously labelled as “River of Plastic”.

Can a circular economy help in restoring this hub of biodiversity?

Under FDR’s New Deal and the Tennessee Valley Authority, the river became modernized for shipping, energy production, and flood controls.

Yet the boom of economic activity along its shores has left the Tennessee vulnerable to some of the worst plastic and chemical pollution in a riparian setting in the entire United States.

Addressing this issue will require the active coordination of civil society organizations, local businesses, and relevant regional authorities. Only by working together, can they strive for a more healthy and safe Tennessee River watershed.

The Tennessee River is host to over 300 species of fish and 125 varieties of mussels, making it one of the most biodiverse habitats across all of North America.

In total, a study by the Tennessee Aquarium Conservation Institute and the University of Georgia found that there are over 1400 species within the river’s watershed.

Even though a quarter of these fish species are found nowhere else in the entire world, some 28% of them have been listed as endangered or imperiled by environmental authorities.

President Franklin Delano Roosevelt’s New Deal programs invested significant sums of federal money into large-scale infrastructure projects across the United States. One of the most famous outcrops of this initiative was the Tennessee Valley Authority (TVA).

Created in 1933 at the height of the Great Depression, the entity charged with ensuring

As a result of these efforts, several dams including the Kentucky, Pickwick, Wheeler, Nickajack, and Watts Bar nuclear energy facility were constructed.

The program paid off economically, making the Tennessee River an accessible trade route and valuable energy production source. Indeed, the TVA estimates that as of 2019, 28,000 barges transported between 45 to 50 million tons of shipping goods along river waters. The newly electrified region became attractive, drawing even more residents and businesses to the surrounding region.

The dams of the Tennessee River (Tennessee Valley Authority)

The economic success of the TVA initiatives – the dams, the electric power, the shipping locks – also came with serious environmental drawbacks. Increased economic activity has been directly linked to the increased polluting of the Tennessee River.

Horrifying environmental disasters like the one in 2008, a billion tons of toxic coal ash spills into waterways draining into the Tennessee river.More than a decade later, T.V.A. is still storing coal ash in unlined pits and ponds that leach heavy metals into the ground water and ultimately into the river.

The Tennessee River has been labeled by many leading scientists as the “River of Plastic” for the high share of plastic pollution found in its waters.

Microplastics are plastic particles that measure less than 5 millimeters. When ingested by wildlife, they can impair normal bodily function and transfer dangerous chemicals into the food chain. Additionally, microplastics can threaten regional water supplies and pass through filtration systems without obstruction.

The figures in a study by Dr. Andreas Fath were found close to 18,000 microplastic particles per cubic meter of water in the Tennessee River.  This is one of the highest microplastic concentrations ever recorded in a major river setting across the entire globe.

Studies on microplastic levels impacting oceanic wildlife have shown that particles frequently accumulate in the gills and stomachs of fish and that pollutants in the water can easily bind to the particles, creating what Knoll called a “chemical bomb” that could then be ingested.

The leading researchers of the surveys, identified polypropylene as the top plastic polymer found within their samples. Polypropylene is most commonly used in disposable plastic grocery bags which are frequently, improperly disposed of by the public and end up in Tennessee’s waters where they break down into microplastics.

The Tennessee River has also suffered from malign business practices.

Reporting in Alabama found that the 3M Decatur Chemical plant was directly releasing perfluorooctane sulfonamide (FBSA) and fluorinated sulfonamide alcohol (FBSEE) directly into river waters for over a decade.

Perhaps even more shocking is that local authorities allowed for it to happen. The Alabama Department of Environmental Management apparently was informed of the plant’s polluting activities and yet did nothing to stop it, imperiling local residents’ water supply.

INITIATIVES TO SAFEGUARD THE RIVER

A wide array of civil society organizations have taken an active role in the preservation and conservation of the Tennessee River.

Under a circular economic model, all materials involved in the production, manufacturing, and use of any given product are able to be reused or re-incorporated into the natural environment. This way, there is a significant reduction of waste, and products aren’t treated as disposable but as part of a virtuous and balanced cycle.

Although a circular economic model ensures positive environmental benefits, moving economies to a circular model will fundamentally shift current business and consumer practices. Thus, a whole society approach that engages public, private, and individual actors is required to make such a vision a reality.

As one of the leading environmental organizations focused on the sustainable use of materials, Earth5R has experience tackling river pollution through a circular economic model approach. In cases of severe environmental degradation, Earth5R has spearheaded cleanups paired with educational initiatives as seen in the case of Yeoor Lake. Such an approach ensures the cleanliness and safety of the water both in the short and long term.

Furthermore, Earth5R actively works with the private sector and brings local enterprises into the fold when conducting river cleanups. As shown in an educational initiative on waste management with shopkeepers in Bangalore, India.

Informing this vital constituency is key to ensuring sustainable material use for the future.

There are very small actions we can take, like skipping the straw, bringing our own bags to the grocery store or filling reusable bottles, that make a huge difference in the amount of plastic that is generated.

In sum, there are simple, actionable steps that communities can take to greatly change the course of the Tennessee River. Doing so will require engaging the entire community, from the highest levels of government and private enterprise, to everyday people. Yet through this circular economic approach, the Tennessee River can be clean once again.

School Kids Volunteer for a Cleaner ...

A Step Towards Sustainability: Beginner’s Guide For An Environment Friendly Lifestyle

By 2050, the volume of plastic in the ocean will outweigh that of fish; out of which over 52 percent is from plastic packaging.  Environmental…