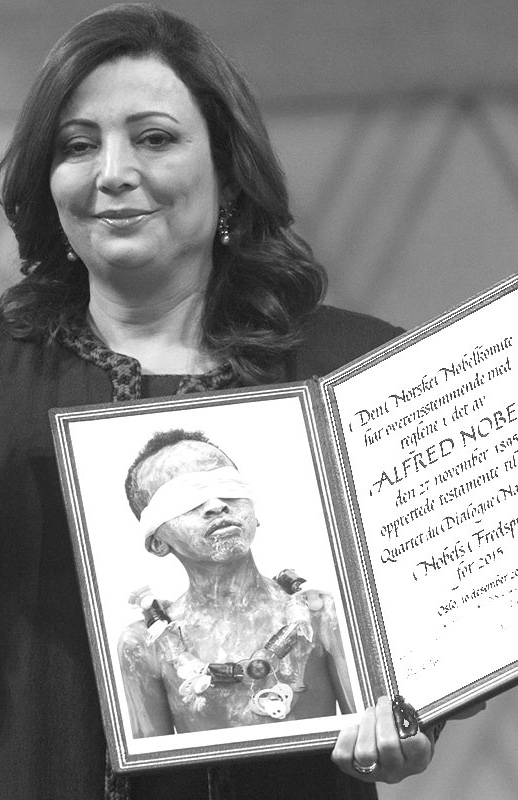 Ouided Bouchamaoui is the Nobel Peace Prize Laureate for the year 2015.

She was the first woman President of the Tunisian Confederacy of Industry, Trade and Handicrafts. She Co-founder The Tunisian National Dialogue Quartet. Ouided played a historic and legendary role in helping her country navigate through a great time of crisis during the Arab spring.

Ms. Bouchamaoui is also Member of the Oslo Business for Peace Award Committee since January 2016.

Mrs. Ouided Bouchamaoui declined thrice the offer to become Prime Minister, wishing to retain her independence, and to work to achieve social stability and help foster economic development in Tunisia. In January 2015, the Tunisian President, Mr. Beji Caid Essebsi made her Grand Officer of the Order of the Republic, and King Carl XVI Gustaf of Sweden, decorated her with the Royal Order of the Polar Star in November 2015.

She also received in December 2015, the “Legion d’Honneur” from the French President, Mr. François Hollande.