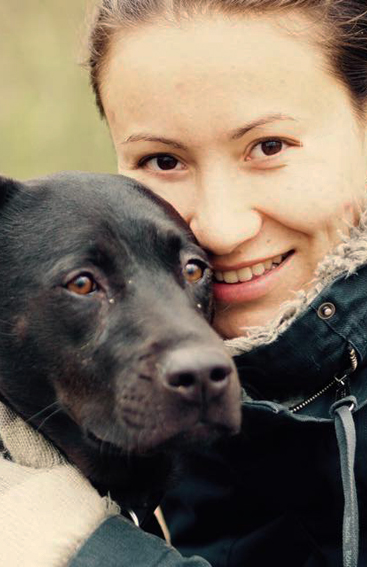 Sari Isa is the curator of Project ‘Animal Spirit’ at Earth5R.

Being born in the late 70’s in Berlin Germany to a German mother and an Indonesian father it was undoubtedly a fascinating time for Sari to witness the downfall of the Berlin wall and grow up in the midst of major political changes.

After having finished school, Sari decided to study Psychology and Computing at Bournemouth University (UK) and gain work experience at various IT companies. It was also here in the mystic countryside and rolling hills of Dorset, Somerset, Devon and Cornwall where she started to feel an awakening and deep universal connection.

Her quest to learn more about other facets of life naturally led her to the path of Yoga, Reiki and natural living which is ever present in her life.

Combined with her wanderlust Sari lived in places such as North California and Australia and continues to spend prolonged times in Hawaii and India to keep studying and teaching Yoga and Ayurveda.

Her love for animals has also turned Sari into a passionate vegetarian from an early age as well as a dog owner since recently. During one of her stays in Hawaii she found an abandoned and badly treated dog who was tied up to a tree.

She named the dog Mala and took her back to Europe and pledged to give her the best life possible after learning that animal shelters euthanize many of their animals. This experience also made Sari determined to start raising awareness for the many unknown issues in animal welfare around the world.

Sari works as an inflight manager for and is currently exploring her dream of opening up her own little vegetarian eatery based on Earth 5R’s values Respect, Reduce, Reuse, Recycle, Restore.