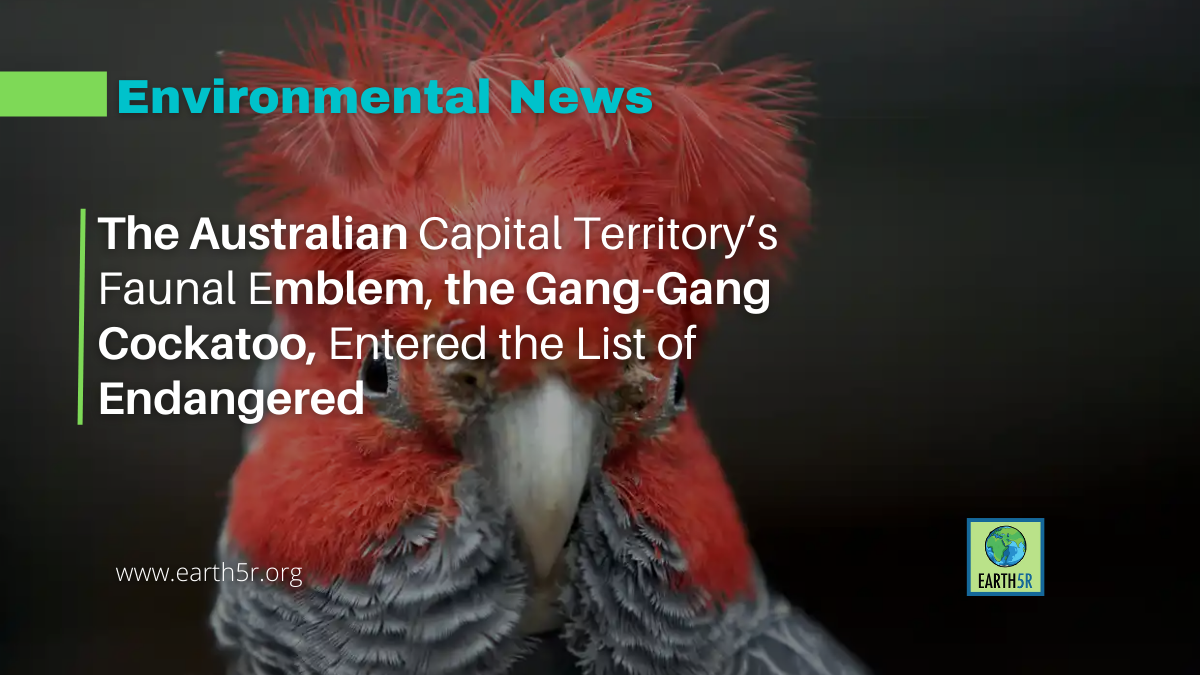 The Australian Capital Territory’s faunal emblem, the gang-gang cockatoo, is now endangered. Warnings of dramatically escalating extinctions in Australia over the next two decades seem to be falling on deaf ears.

A new report from a coalition of conservation groups says if Australia were serious about nature protection, it would increase its spending ten-fold. It highlights 100 animals and plants – including the orange-bellied parrot and the grassland earless dragon – at imminent extinction risk.

The council – backed by BirdLife Australia, Bush Heritage, the Humane Society International, and the Australian Land Conservation Alliance – has released a new report that notes extinctions are expected to dramatically escalate in Australia over the next two decades due to Australia’s failure to deal with the significant threats of invasive species, habitat destruction, and climate change.

The Australian Capital Territory’s faunal emblem, the gang-gang cockatoo, entered the list as endangered. The expert scientific committee highlighted the climate crisis as the primary driver of reductions in bird populations.

That the climate and nature crises are intertwined is acknowledged globally.

The question is: is anyone listening?

Ivory Coast Builds a Wall to ...

Heatwaves are More Frequent and Intense ...

What Is The Environmental Performance Index ...