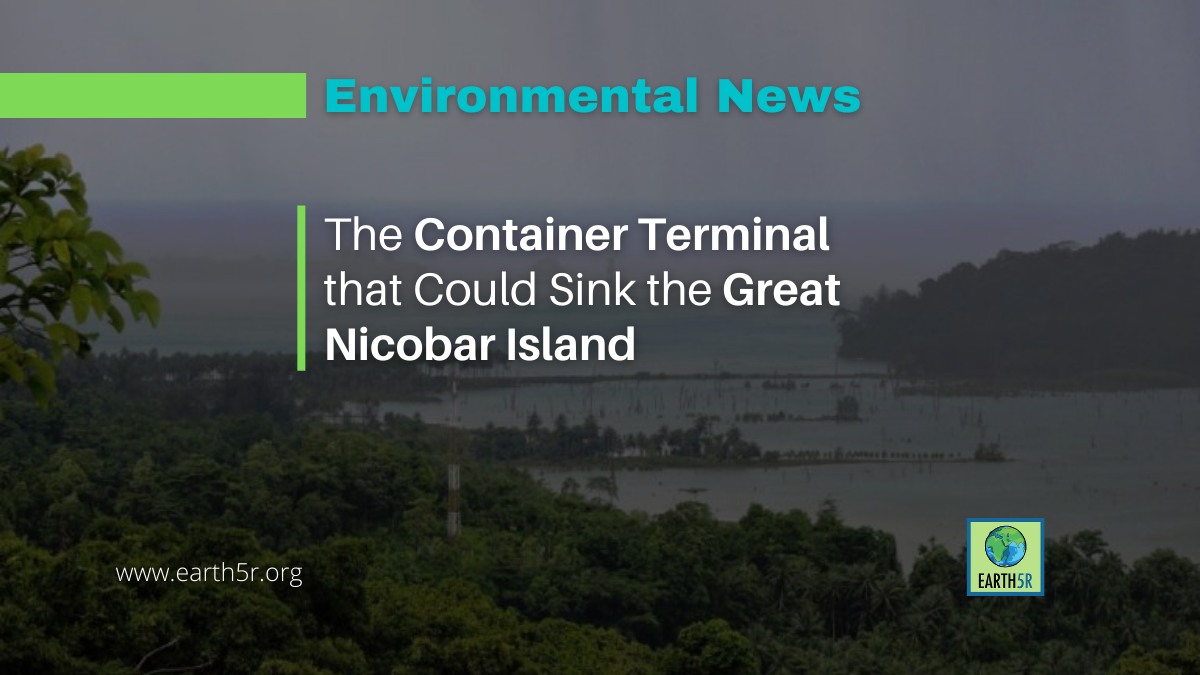 The Container Terminal that Could Sink the Great Nicobar Island

The government of India is going all guns blazing on the “holistic development” of the Great Nicobar Island with a multi-component mega project. An international container trans-shipment terminal, a military-civil dual-use airport, a gas, diesel, and solar-based power plant, and a township are all planned on this island that spreads over 1,044 square kilometres – an area smaller than the National Capital Territory of Delhi. This proposed project is expected to lead to the cutting of over 852,000 trees and adversely impact avifauna, marine and terrestrial biodiversity including species such as the leatherback turtles, megapodes, corals, migratory birds and Nicobar crab-eating macaques. In addition, it is expected to impact the population of particularly vulnerable tribal groups (PVTG) on the island.

The push for this mega project, estimated to cost about Rs. 750 billion (Rs. 75,000 crores), comes despite vociferous objection from environmental and wildlife experts and civil society organisations, who have highlighted many loopholes in the environmental impact assessment (EIA) report of the project.

The Great Nicobar Island, which is the southernmost part of the Indian territory, is one of the most strategically important areas, in the Andaman and Nicobar Islands region. In fact, it is closer to Myanmar and Sumatra than to the Indian mainland, and, in 2013, it was included in UNESCO’s biosphere programme. It is home to rich biodiversity and “an exceptional variety of wildlife”. According to the government, it has “one of the best-preserved tropical rain forests in the world.”

The project was considered for environment clearance by the Union Ministry of Environment, Forest and Climate Change’s (MoEFCC) expert appraisal committee (EAC), which deals with projects related to infrastructure development, during its meeting in May 2022. The EAC did not recommend environment and coastal regulation zone (CRZ) clearance for the project on account of additional information required to take a “well-informed decision”. The project requires at least 166.1 square kilometres (16,610 hectares) of land including a forest area of 130.75 sq. km. for which forest clearance has been sought separately.