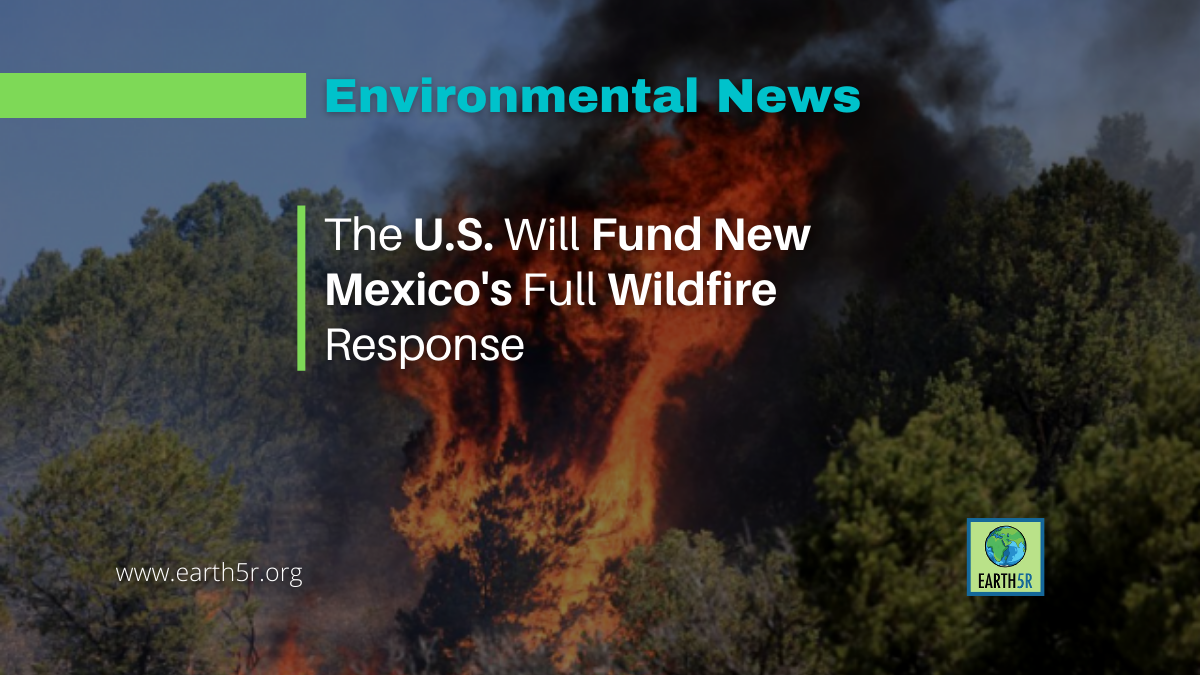 The U.S. government will fund New Mexico’s full wildfire response, President Joe Biden said on Saturday, speaking from Santa Fe amid anger from survivors over the blaze that was started by federal officials.

“We have a responsibility to help the state recover,” Biden told elected officials and emergency responders at an afternoon briefing in New Mexico’s capital, where he was reviewing efforts to fight the Southwestern state’s biggest blaze in recorded history.

“Today I’m announcing the federal government’s covering 100% of the cost,” the president said, though earlier in the day he had said he would need congressional approval for some funding.

“We will be here for you in response and recovery as long as it takes,” he said, adding that he saw an “astounding” amount of the perimeter of the territory that had burned while flying to Santa Fe.

Rainstorms in France Give Some Relief ...

Single-Use Plastic Ban: What Changes From ...