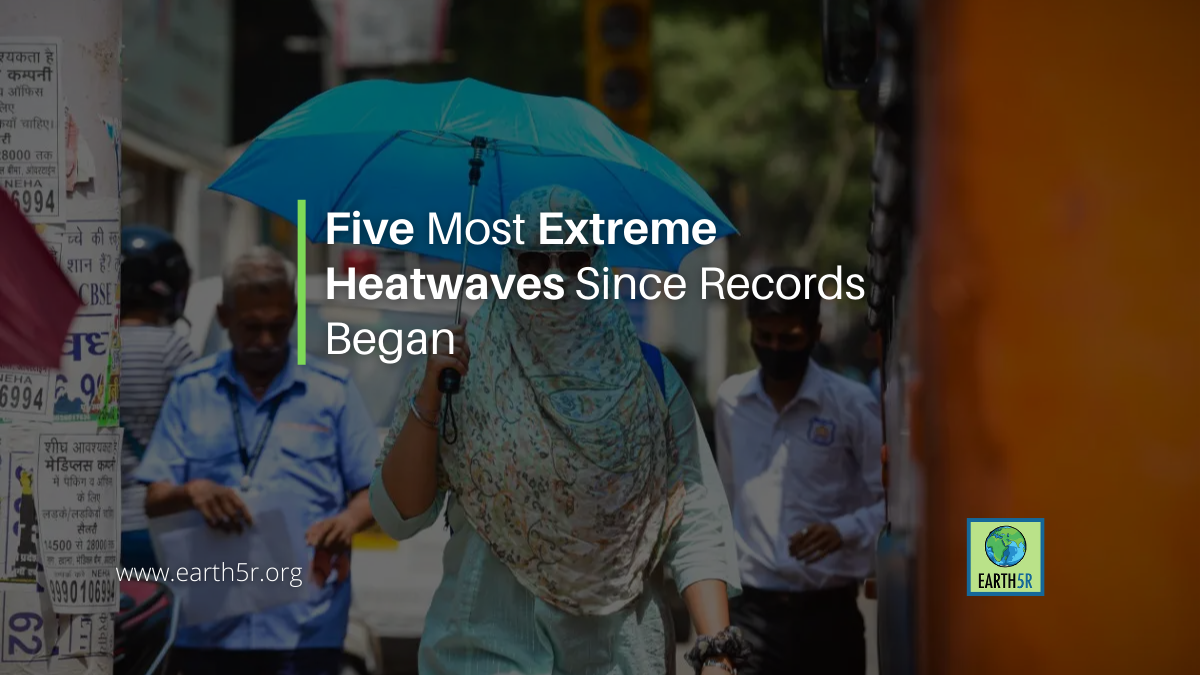 These are the Five Most Extreme Heatwaves Since Records Began

Two of the world’s five most extreme heatwaves occurred in the US, with the others in South-East Asia, Brazil, and Peru.

The most extreme heatwaves ever recorded globally have now been identified, including five more severe events than the deadly western North American heatwave last year.

“As far as we’re aware, we’re the first to assess heatwaves globally where you can compare them to each other simultaneously,” says Vikki Thompson at the University of Bristol, UK. “We started by looking at the heatwave last June in the USA and Canada, which, at the time, everyone was quite shocked by. Then we found five events that were more extreme than that event.”

“Many of these events are in parts of the world where they were missed because they had less impact on us in the Western world, or where there are fewer people, and they’re just not monitored so well,” says Thompson.

Thompson and her colleagues analyzed historical temperature data collected from 158 regions from 1968 to 2021. They used a climate model to fill in gaps in the measurements before pinpointing daily temperatures in each region that were so high there was less than a 0.1 percent chance of them generally occurring in that area.

The team also predicted how common heatwaves would be in North America in the future under different scenarios of global warming.

Under a worst-case scenario of climate change, which would see a 4.3°C increase in average global temperature by the end of the century, they estimated a 1-in-6 chance of an extreme heatwave occurring each year by the 2090s. In a low-emissions scenario, which would lead to an increase in average global temperature of 1.8°C by 2100, there would be a 1-in-1000 risk of an extreme heatwave each year by the same time period.

“These heat waves are projected to increase in line with the change in the mean climate. So, if we bring down the emissions, we can reduce these extremes in the future,” Thompson says.

The researchers also identified places, such as India, where there is no record of such extreme heat events, suggesting they will cope less well with heatwaves in the future.

The ongoing heatwave in India may be one of the most extreme ever recorded, but it is too early to say just yet.

“Although they’re breaking records for April, the hottest time of the year is yet to come. If [the temperatures] continue to be that much greater than what normally happens, then, yes, it might show up on [the extreme heatwave list],” says Thompson.

Unfortunately, she says that many regions – including most of Africa – weren’t included in the analysis due to a lack of reliable data.

“India and parts of Africa are projected to see the largest population increases in the future,” says Thompson. “So the human impact will be magnified because of that. This makes those regions even more important to understand.”

In a World Convulsed by Climate-driven ...

Water Scarcity Predicted to Worsen in ...