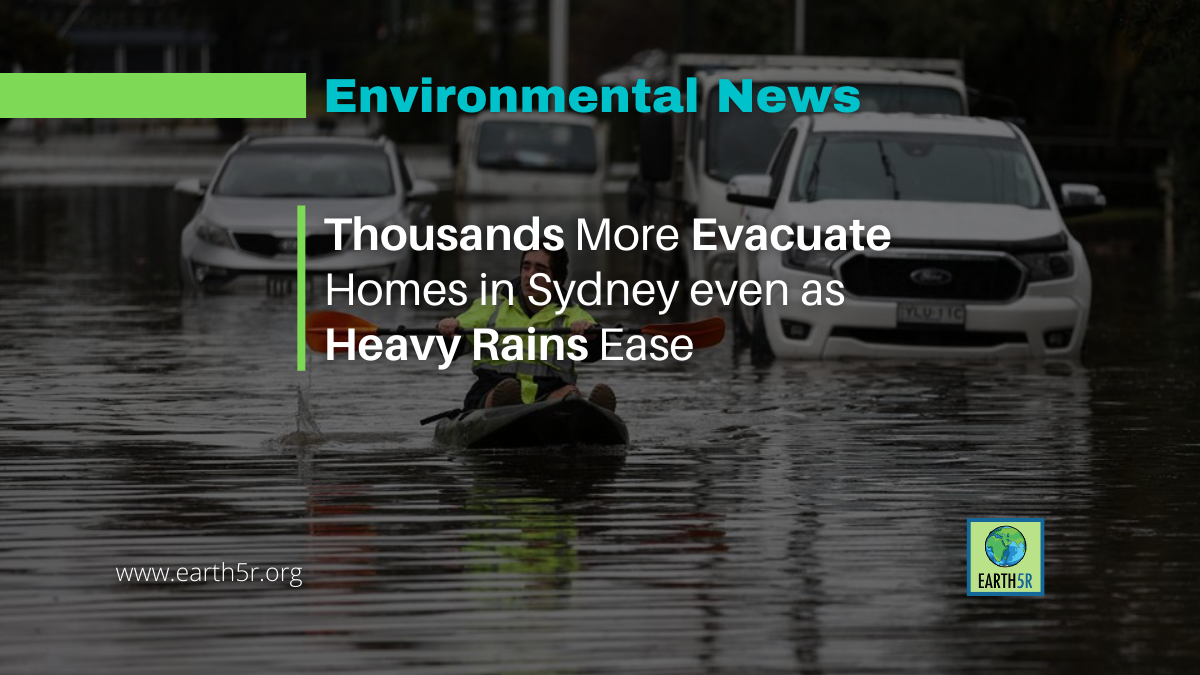 The year’s third major flooding episode saw more than 85,000 people in New South Wales, most of them in Sydney’s western suburbs, asked to evacuate or warned they might be asked to do so, up from 50,000 on Tuesday, authorities said.

“This still remains a dangerous situation and we need to respond appropriately,” Prime Minister Anthony Albanese told reporters during a visit to the Sydney suburb of Windsor.

Yet frustration with the government’s response was evident as Albanese visited a volunteer emergency relief shelter.

“Everyone is talking about fixing the same problem … nothing has happened,” a resident of the area told Albanese, in images broadcast by television. “The locals are always prepared, the government is not.”

One Dead and Thousands Forced to ...

Why is Single-Use Plastic Being Banned ...

Why India Needs to Strengthen Institutional ...