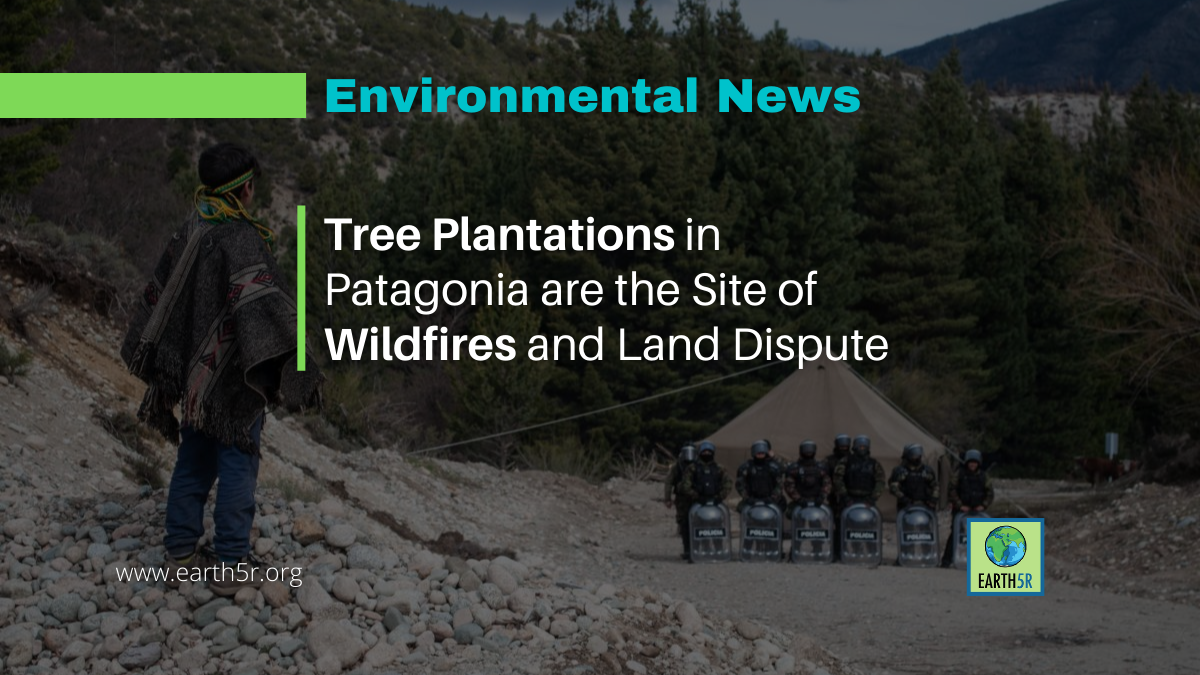 On a brisk spring day in September 2021, an Indigenous Mapuche community known as Lof Quemquemtrew announced it had reclaimed a piece of ancestral territory in the remote Cuesta del Ternero valley of the Patagonian Andes of Argentina. The encampment is in an area of native forest adjacent to pine plantations owned by Rolando Rocco, a local businessman with a forestry license for the land in question.

The Cuesta del Ternero valley is a case study of the relationship between plantation forestry and land rights in Patagonia. The state’s push to plant exotic commercial species is now colliding with a growing Indigenous land-back movement and increased wildfire risk. As Argentina has committed to nearly double the area of its forestry plantations to meet climate goals set out in the Paris Agreement, addressing questions about their role in land disputes and wildfires is increasingly important to Indigenous activists and people whose homes face fire risk.

Zoo Animals Not Immune to Sri ...

Bioacoustics: Listening To Nature Can Solve ...