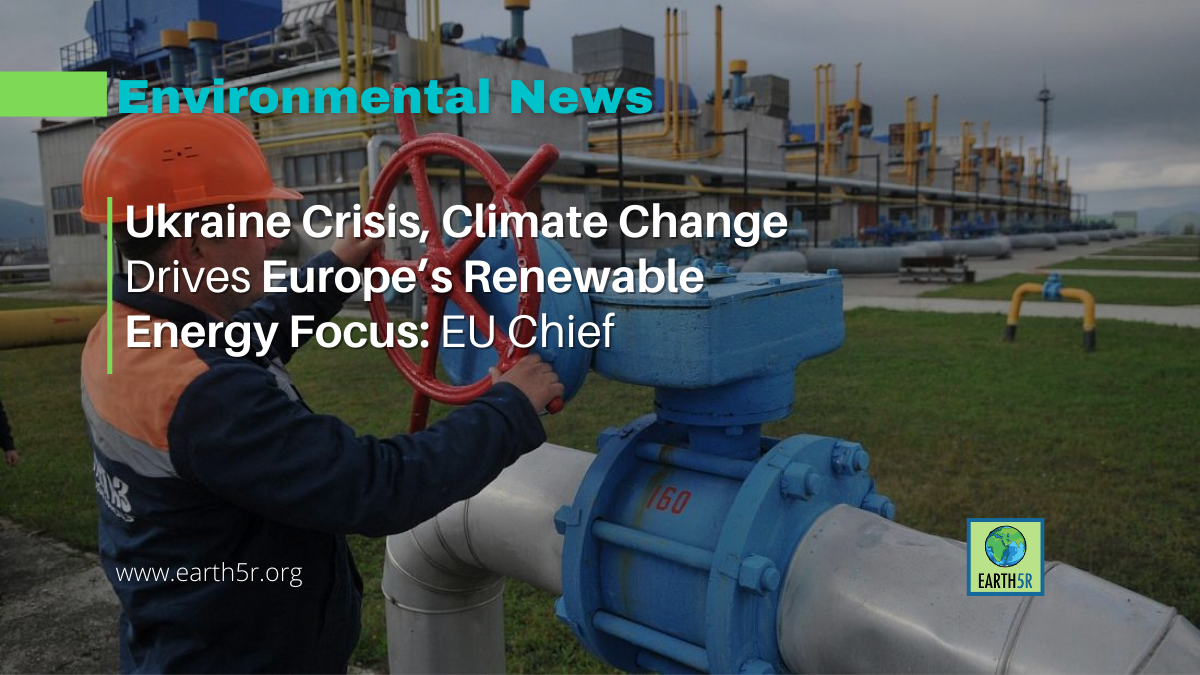 On Sunday, European Commission President Ursula von der Leyen listed climate change and the Ukraine crisis as factors driving Europe’s quest for renewable energy, a field in which the European Union (EU) and India need to step up their cooperation.

During her address at ISA, von der Leyen noted that Europe wants to be climate neutral by 2050 and India by 2070. India has also committed to generating half its energy needs from renewable sources by 2030, and Europe has set similar goals. Both sides believe solar energy will play a decisive role in these efforts.

“For us Europeans, it is a stark reminder that our dependency on Russian fossil fuels is not sustainable. Because how can you do business with someone who openly threatens Europe and wages war against one of your closest neighbors,” she added.

In this context, the EU’s transition to renewable energy is good for the environment and a “strategic investment in security,” she said.

Noting that India and the EU are on the same path, she said Prime Minister Narendra Modi announced India should be energy independent before celebrating 100 years of its independence in 2047.

“So it is in our common interest that this independence of fossil fuel that comes from abroad is a transformation into renewable and clean energy,” von der Leyen said.

Many Parts of Northeast India Hold ...

India Asked to Supply More Than ...