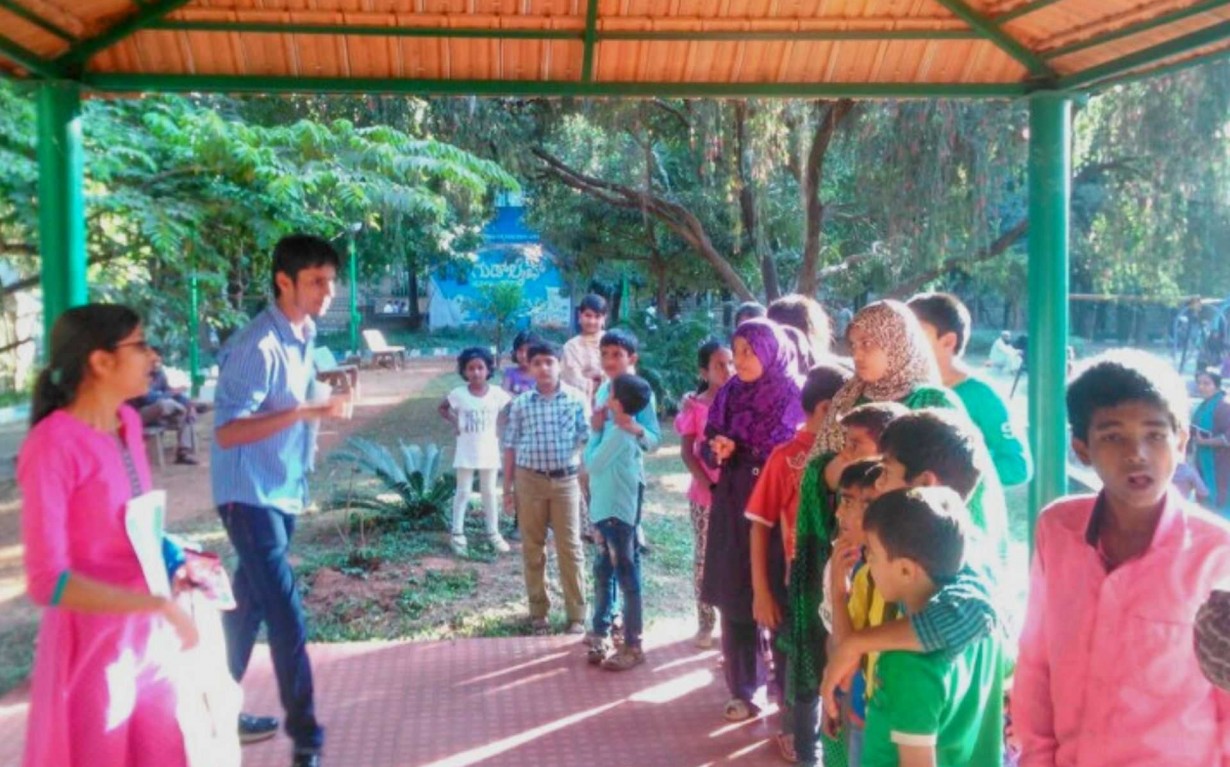 Bangaluru is a city of 10 million people and produces some 4,000 metric tonnes of waste daily. Nearly a fourth of this waste is plastic. Total waste could get capped at 20 per cent of the current quantity if measures are taken to segregate and correctly dispose that waste, at the waste generation point.

With the ever-increasing population, managing waste has become an uphill task. Aiming for betterment, Kavitha Jain, Prince Jindal and Venkatesh of the Earth5R team set out to conduct a workshop on waste segregation at Shantinagar Park on January 10th, 2016.

The team interviewed people about waste segregation and also taught them about the importance of waste segregation. Further, the team also asked the residents views on the current system of waste collection and its disposal.

Apart from this, the team also conducted a small activity for kids, where they were provided with waste materials like newspapers, plastic bottles, CDs etc, and were encouraged to make creative things out of waste. The kids showed great enthusiasm and actively took part in the activity. At the end of the activity, the winning group was awarded with books. Throughout the activity, the key purpose was to teach kids about the importance of ‘reusing’ products effectively.

The team members received mixed responses from the interviewees and learnt that most of the citizens were unaware of the importance of waste segregation and ill-effects of improper disposing ways.