‘Mummy, I am thirsty. When will we find water?’  Rana, a four year old boy asked his mother. They live in the interiors of a small village in the Alwar district of Rajasthan in India, where women have to walk almost 5 km daily in the hot sun to find water. The wells in their villages have dried up and they have no other choice but to walk long distances to get just one litre of clean water. ‘In a while, child’, Rana’s mother replies. She tries to put on a brave smile, but even her own voice does not give her enough courage to look around. Like Rana and his family, there are millions of people facing the same issue across the country. 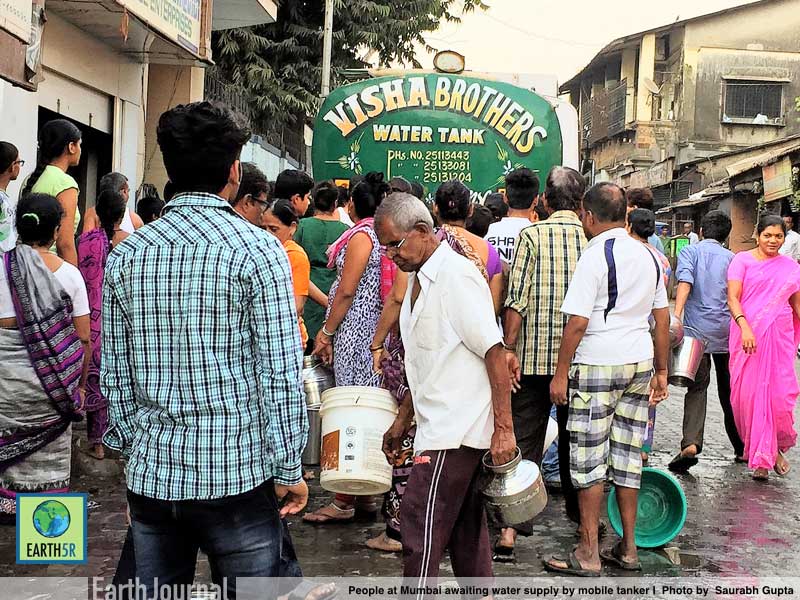 Water is the most essential element for survival of living things. Threats are posed on the water bodies of our country, especially the developing cities due to the callous acts of humans. India is one of those countries where the access and availability of this natural resource is becoming a major problem- we are facing a water crisis. As per the UN estimate, water scarcity already affects every continent.

It is important to understand that India’s resources are depleting, the main cause being the population strain on our land. The rest is very unevenly distributed and the available supplies are increasingly contaminated with wastes and pollution from industry, sewage, agriculture and households. The World Bank estimates that 21% of communicable diseases in India are related to unsafe water.

In India, diarrhoea alone causes 1,600 deaths daily. Latrine usage is extremely poor in rural areas of our country, only 14% of rural population has access to a latrine.

The second is Economic water scarcity which is a result of poor management of the sufficient available water resources. About 750 million people of India’s population face economic water shortage, particularly in the regions of  Rajasthan, Madhya Pradesh and Gujarat.

It is predicted that India has  only 20 years before its aquifers will reach ‘critical condition’- when demand of water will outstrip supply. This eventuality will devastate the region’s food security, economic growth and livelihoods.

There are several reasons for water scarcity. A few of them are the increasing population, vast industrialisation, expanding agriculture and pollution. In a simple ratio of demand and supply, access to water is severely lacking for the rapid increase of population. Water sources are declining at an extremely fast rate even due to climate changes.

The root cause of all these problems is pollution and lack of infrastructure and investment in water resources. No one is willing to invest in projects related to water conservation. Pollution in the air leads to acid rain which is again harmful for water bodies. Although it is in the category of developing countries, the water crisis in India is extremely severe.

Around 80% of India’s large scale production factories dispose off waste into water bodies.

It is really disturbing to see our environment getting ruined because of lack of awareness amongst our own human race. One plastic bag carelessly thrown into a water body containing waste contaminates several cubic centimeters of that area. The biodiversity gets affected and it ultimately results in a drastic effect on the living organisms of this water ecosystem.

We need to realise that even a single foolish act like littering or carelessly disposing garbage is contributing to the decline of the most important source available to all living organisms. It is our duty to take care of the resources at our disposal as it will affect us in the end. 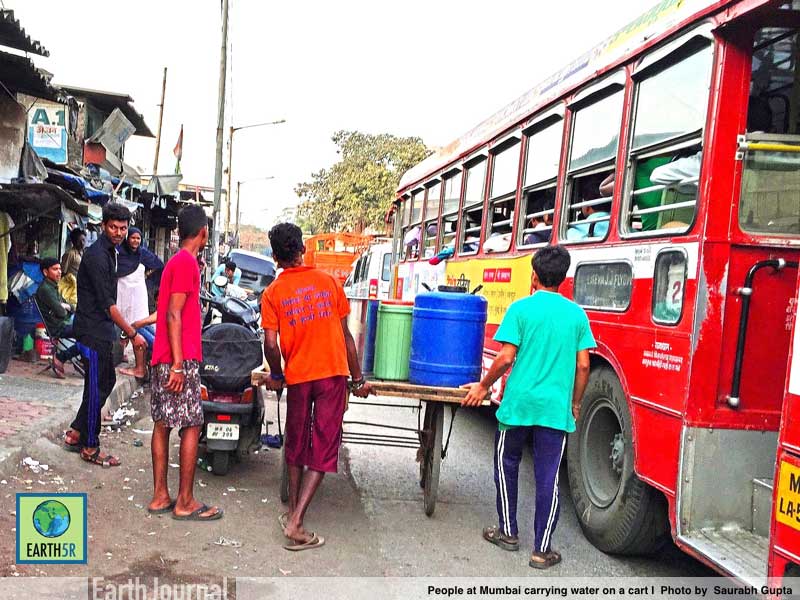 A survey conducted by Tata Institute of Social Science (TISS) showed that a total of 50 lakh households in Mumbai, Delhi, Kolkata, Hyderabad, Kanpur and Madurai are water deficient.

World Health Organisation (WHO) specifies that minimum water requirement should be 100-200 litres per day.That is above the average urban figure, which is 90 litres.

This itself, says a lot about the situation our country is facing as a whole. Not only rural areas, but even the urban parts of our country are water deficient and the main cause is our own activities.

Demand, Supply and Deficiency of Water in Selected Cities of India in Million Litres per Day (MLD):

WHAT CAN WE DO ABOUT IT?

The crisis of water scarcity is spreading like wild fire (no pun intended!). India is facing many problems due to lack of conservation as well as organisation. It is high time we do something about it. We keep talking and complaining about these things, but do we really do what is required to curb this problem?

Improvements will occur only when individual efforts are put into it. This begins at home. Some of the easy ways to help contributing to this effort are; re-use water used for soaking of dal and rice for plants in gardens. Using mugs instead of pipes as it saves litres of water. While brushing teeth, make sure the taps are not running unnecessarily; use a bucket instead of a shower while bathing. Not so difficult, is it?

We all just need to consciously put effort into this. And rainwater harvesting is not as complicated as it looks. Individual set-ups can be made on roof tops of houses.

Do it yourself-Rain water harvesting.

We should do what we can and maximise our efforts towards this situation. Every drop we save, counts! If not now, then when? Let us all pledge to start this very moment and save our water resources!

Let’s help millions of people like Rana who are victims of water crisis. We could be one of them too. Join hands and create an initiative to SAVE and CONSERVE WATER. As W.H Auden has rightly said, ‘Thousands have lived without love, not one without water.’

Ayesha is currently pursuing her 1st year of Bachelor’s in Science from St. Joseph’s Arts & Science College, Bangalore. She is also part of AIESEC and has interned with an NGO providing for underprivileged children and women. Her future aspirations are to be in research and development in Science and to open a home for the underprivileged. At Earth5R she is responsible for building projects for Bangalore and write for EarthJournal.

4 Replies to "WHERE'S OUR WATER?- WATER CRISIS IN INDIA"