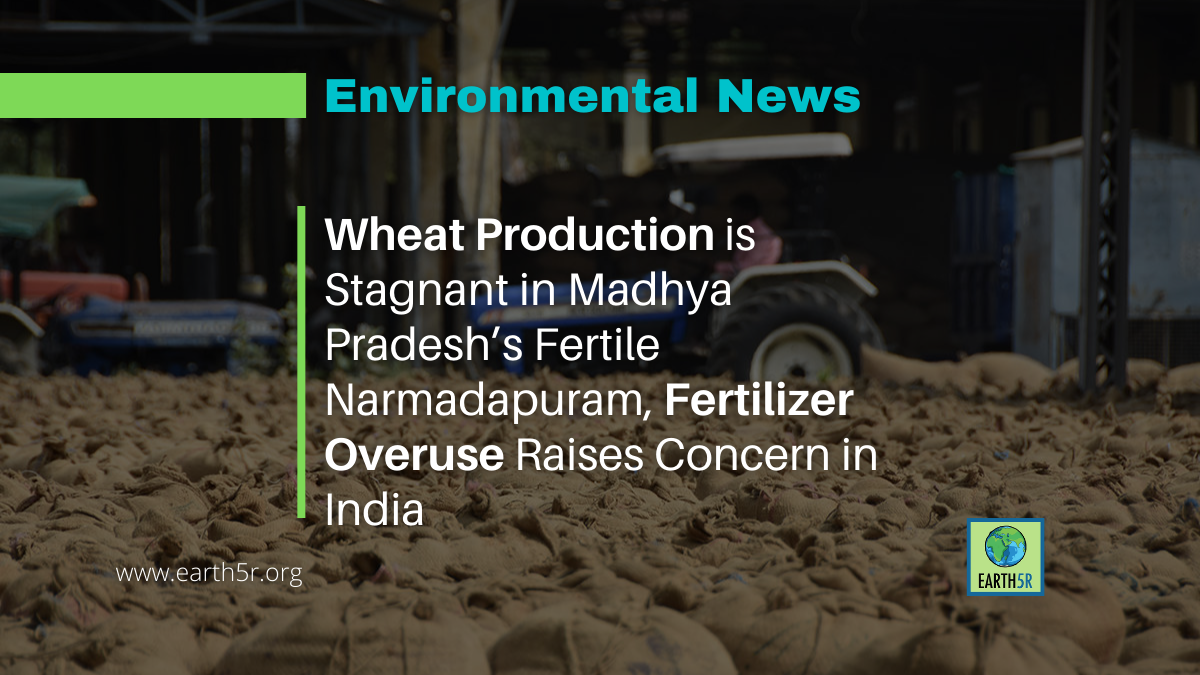 Rahul Singh Tomar is a farmer at Raisalpur village in Narmadapuram district of Madhya Pradesh. The village is part of the Narmada valley and famous for the fertile black soil that yields high quality wheat.

“The soil in our village is different. Crops from here look different from the crops grown in other parts of the district. There is ample water for irrigation and we are able to grow three crops in a year,” Tomar told Mongabay-India. Right after saying this, lines of worry emerged on Tomar’s face. Despite the fertile soil and sufficient water supply, the average crop yield is not as much as they have expected. “This year, all the conditions – weather, wind, water – were favourable for a good yield. But the yield of wheat was not up to our expectations,” said Tomar.

Swadesh Dubey, a scientist at the local Krishi Vigyan Kendra (KVK), an agricultural extension centre, said, “This year weather was favourable for wheat production. After the first good rain, water was replenished at all sources of irrigation. Then winter set in in November and went on through most of March and the cooler temperatures aided wheat production.” This year there were also no reports of hailstorm or frost, that impact production.

Given these positive conditions, the farmers had high expectations, until the wheat production for the year was calculated – 45-50 quintals per hectare. This amount had not increased over the last few years. The agriculture department in fact had the same amount of wheat production even seven years ago. The scenario raised questions among the farmers – has the production of wheat reached its maximum level? Is there is no scope of increase anymore?