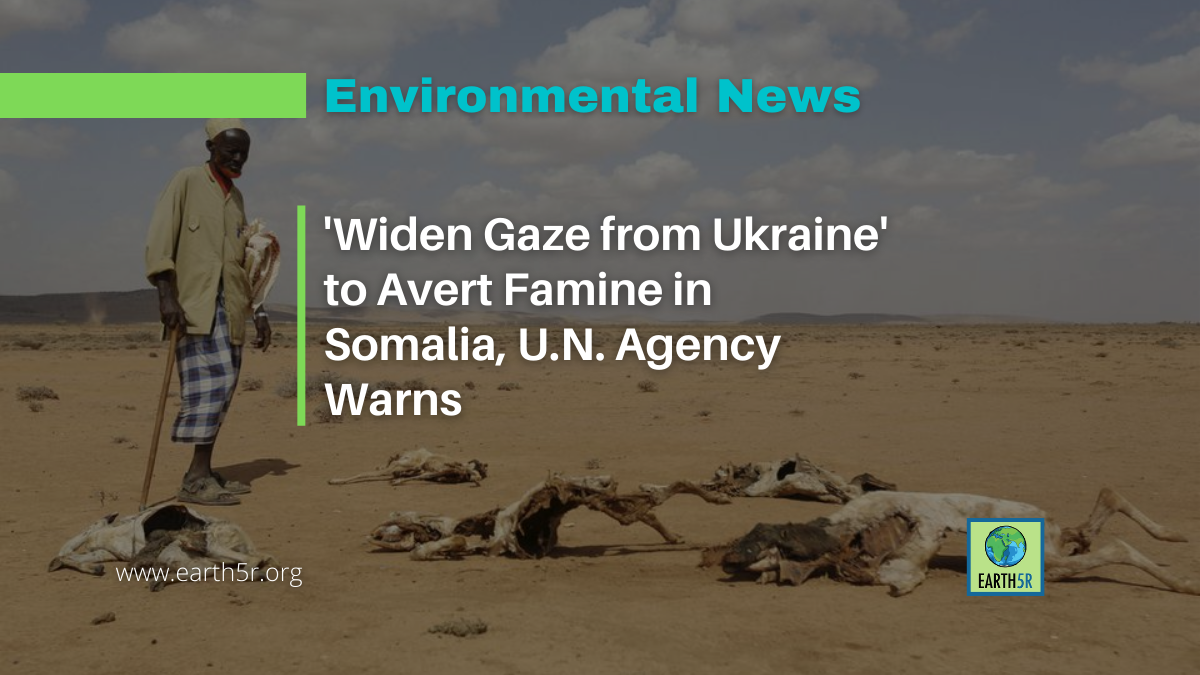 Environmental News from the UK:

The world must “widen its gaze from the war in Ukraine” to prevent Somalia from sliding into famine, the United Nations’ children’s agency said on Tuesday, warning only a third of the $250 million needed to stave off catastrophe had so far been raised.

Four consecutive rainy seasons have failed in the Horn of Africa – the worst drought spell in more than 40 years – and a fifth in October-December also looks likely to do so.

Drought has combined with a global rise in food and fuel prices, pushed up by the war in Ukraine, to hit millions across the continent, putting food staples out of reach for poor families and killing crops and livestock.

“If the world does not widen its gaze from the war in Ukraine and act immediately, an explosion of child death is about to happen in the Horn of Africa,” Rania Dagash, deputy regional director of UNICEF, told a briefing.

How Climate Change is Driving Forest ...