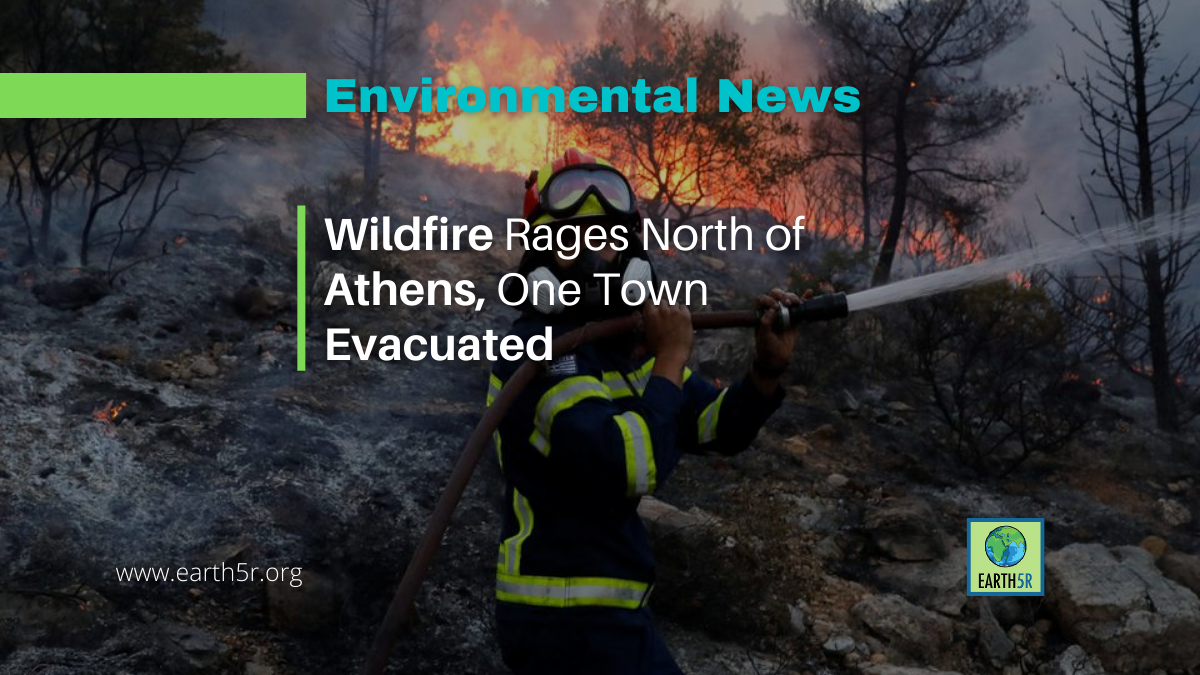 A large wildfire raged out of control north of Athens on Monday, prompting authorities to order the evacuation of a nearby coastal town as a precaution.

Strong winds fanned the flames in the area of Schimatari, about 50 km (30 miles) outside the capital amid soaring temperatures.

Officials urged residents to leave the town of Dilesi and halted a local train service as more than 100 firefighters, backed by four aircraft and two helicopters, battled the blaze.

Emergency crews were also trying to put out a fire in the area of Achaia, in the southern Peloponnese peninsula, where four villages have been evacuated.

Last year, wildfires ravaged about 300,000 acres of forest and bushland as Greece suffered its worst heatwave in 30 years.

Following sharp criticism of its response, the government promised to boost firefighting capacities.

Several dozen Romanian and Bulgarian firefighters took up their posts in Greece on Saturday, the first members of a European force being deployed to provide backup in case of major wildfires during the summer.

The Himalayas Highly Vulnerable to Climate ...

New Gharial Hatchlings in Nepal a ...