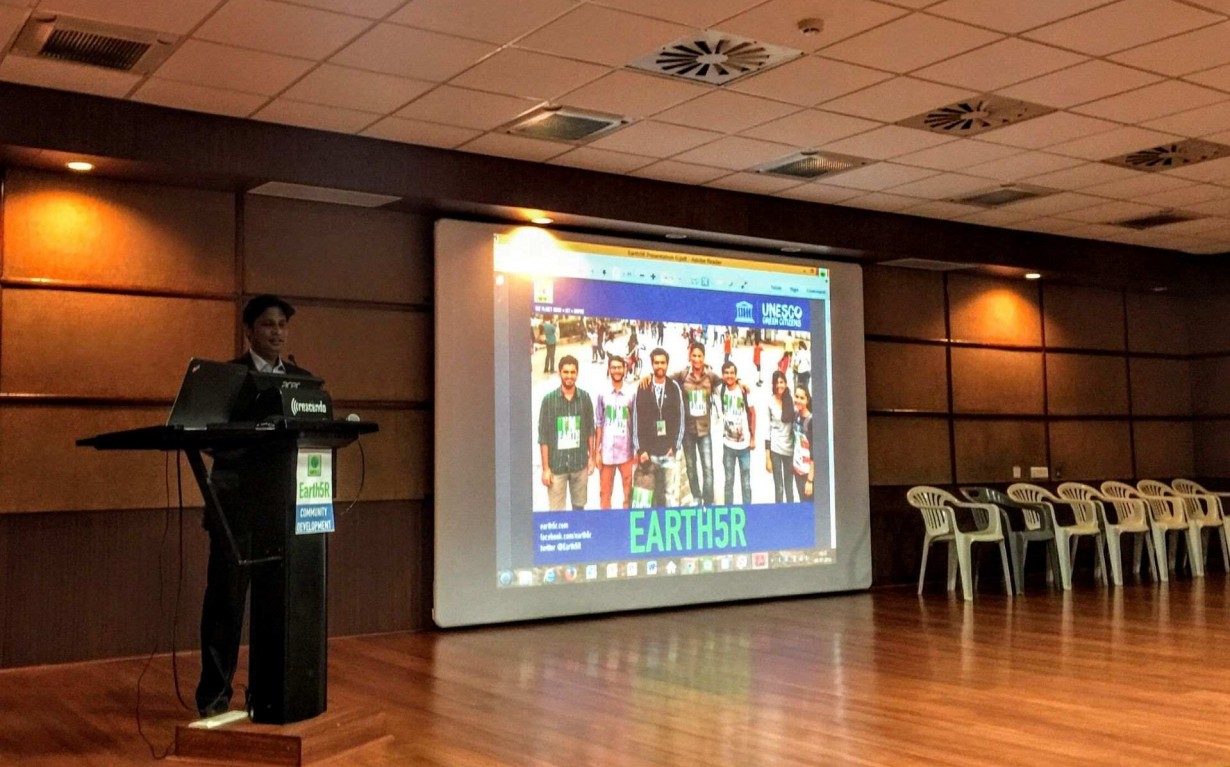 28th July marks the World Nature Conservation Day. It is a day when we are once again reminded of the sustainability goals and are motivated towards taking productive steps in this direction. Himalaya Drug Company is one of the top players in Herbal Healthcare and Wellness and is also known for its excellence in environmental management. To bring awareness amongst the employees, the Earth5R team on this day was called to the Bangalore office to commemorate World Nature Conservation Day at Himalaya Drug Company.

The program was organised by Antaash Sheikh and Anup Rajendra from the CSR team of Himalaya Drug Company.

Earth5R team included Saurabh Gupta – an adept environmentalist and Founder of Earth5R, Hemal Ingle who is a Miss Earth India, 2016 (Finalist) and Syed M. Hussaini, a volunteer at Earth5R, Bangalore. The aim of the program was to promote ideals of conservation of various species of wildlife, vegetation, natural resources and our planet as a whole. The activities were meticulously sketched and involved learning through interaction, quiz and role play activities.

Staying in the corporate sector, one may easily find themselves losing touch with the happenings and developments of the environmental world; hence, it was difficult for the Earth5R team to break the ice with them and make these issues sound more relative than they think. The session began with a quiz on school level nature and geology facts. And no, it was not as easy as it sounds; this activity left everyone scratching their heads. Initially, all the 150 employees participated for selection, out of which 9 members were selected for the next round.

The 9 members were then put into groups of 3 after which they played the multiple choice round. The selected teams proceeded towards the audio round. Keeping the audience indulged, this round required the team members to identify the audio clip correctly. The clip contained sounds of various animals and the team which guessed the right answer would progress to the finale.

The team members had to identify commonly heard nature sounds, testing them on how aware they are to their surrounding natural noises. The final round was named the ‘Round of Knowledge’ which was a visual round, wherein on correctly identifying the image shown to the teams, the winners of the quiz were declared. The second activity that ensued after this was the Animal Role Play Round.

This activity was enjoyed the most by the employees present and it led to them bringing out the forgotten child in them. As the name suggests, it was a group activity where each of the groups was allotted an animal that they had to create awareness about by getting into the skin of these animals. By using tools of their choice, they showcased the problems and threats felt by these animals either by paper presentations or group enactment. Each team was allotted 15 minutes for researching prior to their portrayal; after which each came up with unique methods to present unique cases of their animals.

The role play put many ideas on the table that were previously unknown. Saurabh Gupta summed up the event with a message to all the employees – optimally, judiciously utilize the resources gifted to us by Mother Nature – which was followed by a vote of thanks to the Himalaya Drug Company for giving Earth5R the opportunity to spread the message on such a great platform.