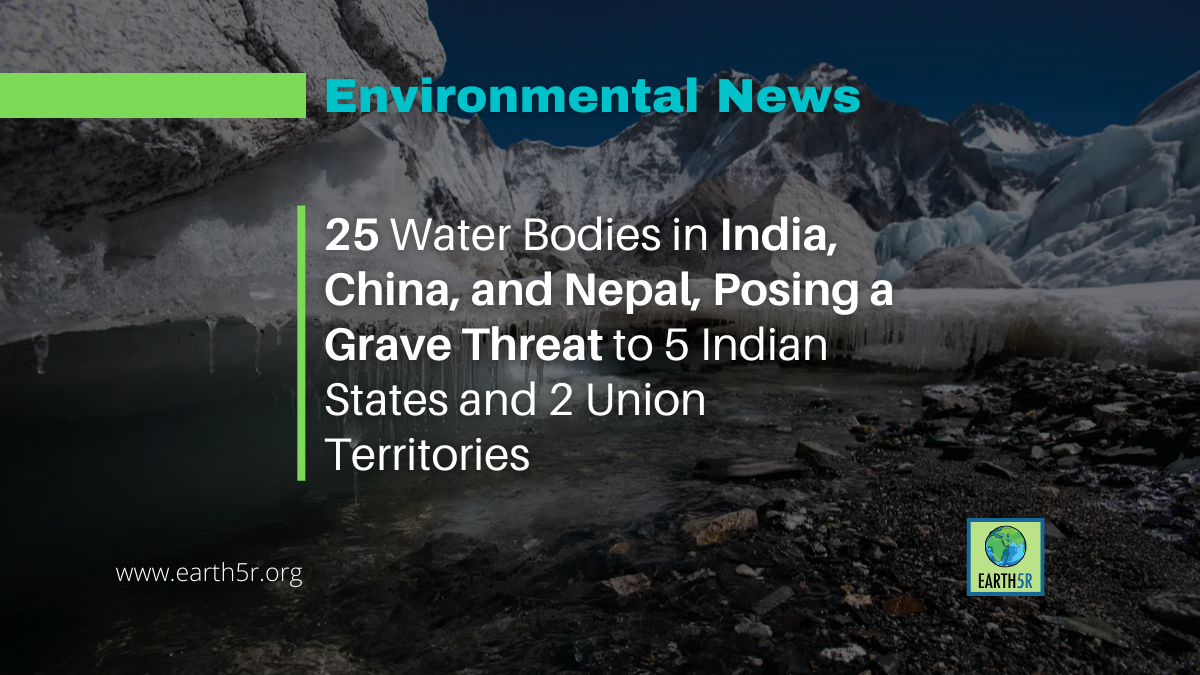 Twenty-five glacial lakes and water bodies in India, China and Nepal have recorded over 40 percent rise in their water spread areas since 2009, posing a grave threat to five Indian states and two Union territories, a new report stated.

According to the report by the Centre for Science and Environment (CSE), the seven states and Union Territories which are under threat are Assam, Arunachal Pradesh, Sikkim, Bihar, Himachal Pradesh, Jammu and Kashmir, and Ladakh.

However, it is not just the rise in water spread that is concerning. The data published in the report ‘State of India’s Environment 2022: In Figures’ tell a worrying tale.

It said that over a third of India’s coastline witnessed some degree of erosion between 1990 and 2018. West Bengal is the worst hit with over 60 percent of its shoreline under erosion.

An increase in the frequency of cyclones and rise in the sea level, and anthropogenic activities such as the construction of harbours, beach mining and building of dams are some of the reasons for coastal erosion, it said.

Reuter partners with Earth5R to Mobilise ...

Legal Defeats Pile Up for Palm ...