Even though their ultimate goals might be similar, to save the eco-systems or the planet from destruction, not every environmental activist tries to achieve the goal in the same manner.

Knowing these types of environmentalism allows you to follow your beliefs and save the planet simultaneously.

Who is an Environmentalist?

How can you become an Environmentalist?

If you wish to be a professional environmentalist, you must first attain the education and training qualifications. Environmentalists will mostly major in chemistry, biology, environmental science, entomology, urban planning, agriculture, etc.

How to be an Environmentalist every day?

Not having a degree or a job as a professional environmentalist doesn’t mean you can’t protect nature. Everyone can become an environmentalist in small ways. What matters most is the end goal – protecting our beloved environment and its inhabitants for us and future generations.

What are the types of environmentalists?

The environmental movement contains many subcommunities that have developed with different approaches and philosophies in other parts of the world. Environmentalists can be described as one of the following:

The public recognition of the climate crisis and the emergence of the climate movement at the beginning of the 21st century led to a distinct group of activists known as Climate Activists.

Activations like the School Strike for Climate and Fridays for Future have led to a new generation of youth activists like Greta Thunberg, Jamie Margolin, and Vanessa Nakate. They have created a global youth climate movement.

Along with Greta is a host of young activists worldwide, fighting for the planet and demanding that people in positions of power stop chasing money and combat the burning issue.

Here are five young activists raising their voices against climate change and urging the world to wake up to the growing crisis.

What Does a Conservationist Do?

This green career involves finding ways to utilize land without harming the environment. Conservationists, employed by either private landowners or federal, state, or local governments, make sure landowners follow government regulations and take appropriate measures to protect habitats. They advise farmers and ranchers to help them improve their land and control erosion.

Environmental or environmental human rights defenders are individuals or collectives who protect the environment from harm resulting from resource extraction, hazardous waste disposal, infrastructure projects, land appropriation, or other dangers. In 2019, the UN Human Rights Council unanimously recognized their importance to environmental protection. The term environmental defender is broadly applied to a diverse range of environmental groups and leaders from different cultures that all employ different tactics and hold different agendas. Use of the term is contested, as it homogenizes such a wide range of groups and campaigns, many of whom do not self-identify with the term and may not have explicit aims to protect the environment (being motivated primarily by social justice concerns).

Who are environmental defenders?

For example, amid ongoing deadly conflicts in the Middle East, organizations such as PAX, Bellingcat, and the Conflict and Environment Observatory are leveraging satellite imagery to monitor data on the environmental impacts of these armed conflicts, including the targeting of infrastructure.

The adoption of environmentalism into a distinct political ideology led to development of “green parties,” typically with a leftist political approach to overlapping environmental and social well-being issues.

A green party is a formally organized political party based on the principles of green politics, such as social justice, environmentalism, and nonviolence.

Greens believe that these issues are inherently related to one another as a foundation for world peace. Green party platforms typically embrace social-democratic economic policies and form coalitions with other left-wing parties.

Green parties exist in nearly 90 countries worldwide; many are members of Global Greens.

Green political parties reflect a broader social movement seeking to reorient civilization in what supporters say are more sustainable and humane directions. According to the Global Greens network, their environmental concerns began with opposition to nuclear power but have expanded to include climate change, pollution, and industrial agriculture, with close to eighty full-fledged green parties.

They also usually encompass broader—but interrelated—social and economic issues. Most green parties have committed themselves to four pillars:

As British green party activist Derek Wall argues in his book on green politics, the movement has essential differences from both the left and right. Most greens see themselves on the economic and social left, but their focus on decentralization and local solutions separate them from many traditional socialist parties. There are also strains of “green conservatism,” which see environmentalism through a patriotic lens and press for market-oriented solutions.

Water protectors are activists, organizers, and cultural workers focused on defending the world’s water and water systems. The water protector name, analysis, and style of activism arose from Indigenous communities in North America during the Dakota Access Pipeline protest at the Standing Rock Indian Reservation, which began with an encampment on LaDonna Brave Bull Allard’s land in April 2016.

Water protectors are similar to land defenders but are distinguished from other environmental activists by this philosophy and approach rooted in an indigenous cultural perspective that sees water and the land as sacred. This relationship with water moves beyond simply having access to clean drinking water and comes from the belief that water is necessary for life and that water is a relative. Therefore, it must be treated with respect.

As such, the reasons for water protection are older, more holistic, and integrated into a larger cultural and spiritual whole than in most modern forms of environmental activism, which may be more based on seeing water and other extractive resources as commodities.

Historically, water protectors have been led by or composed of women because as water provides life, so do women.

Individual activists’ political action and stance will lead to a change in laws and regulations directly related to climate change. The individual or group championing this change comes up with solutions to reduce GHG emissions.

The solutions put forward are the carbon tax or carbon pricing. Activist groups in the U.S, such as the Bipartisan Legislative Climate Solutions Caucus, have supported the proposed solutions to the GHG emissions problem.

Other groups are the Citizens Climate Lobby. In addition, 50 NGOs formed a coalition in 2005 called the Stop Climate Chaos. It was launched in Britain, and its main objectives were to tackle the issue of climate change.

Formed by a group of people who use basic rights such as freedom of speech and freedom of expression to advocate for change, the group has no political affiliations or motives and acts independently in their campaigns. NGOs, social enterprises/organizations, and communities can lead these movements, for example, Earth5R. 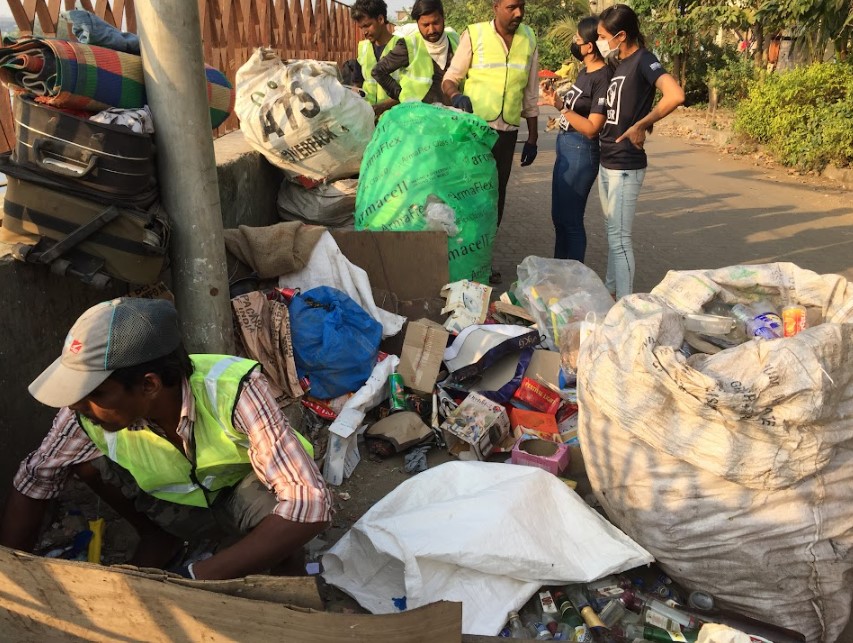 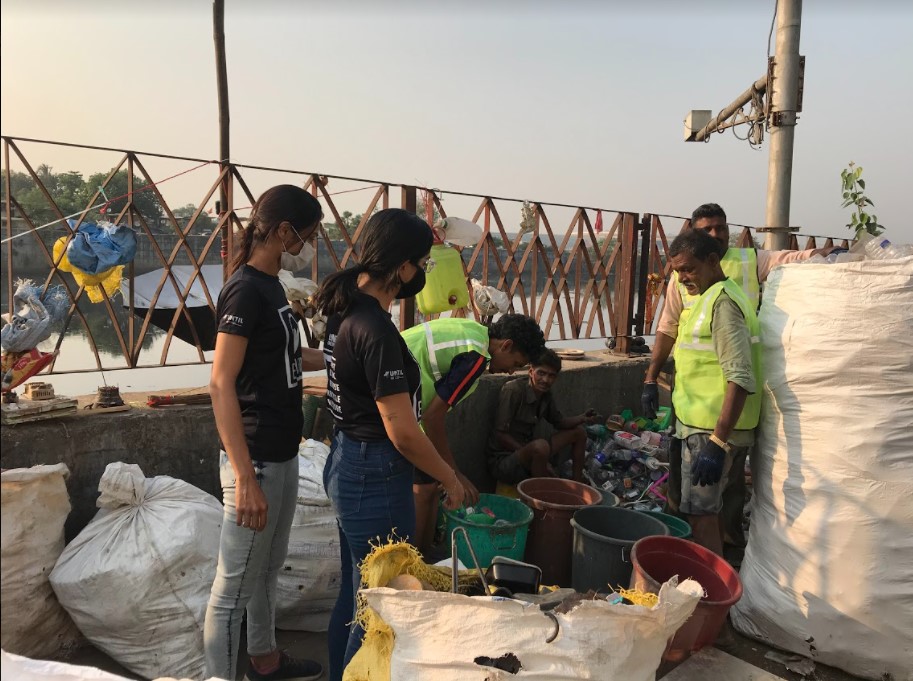 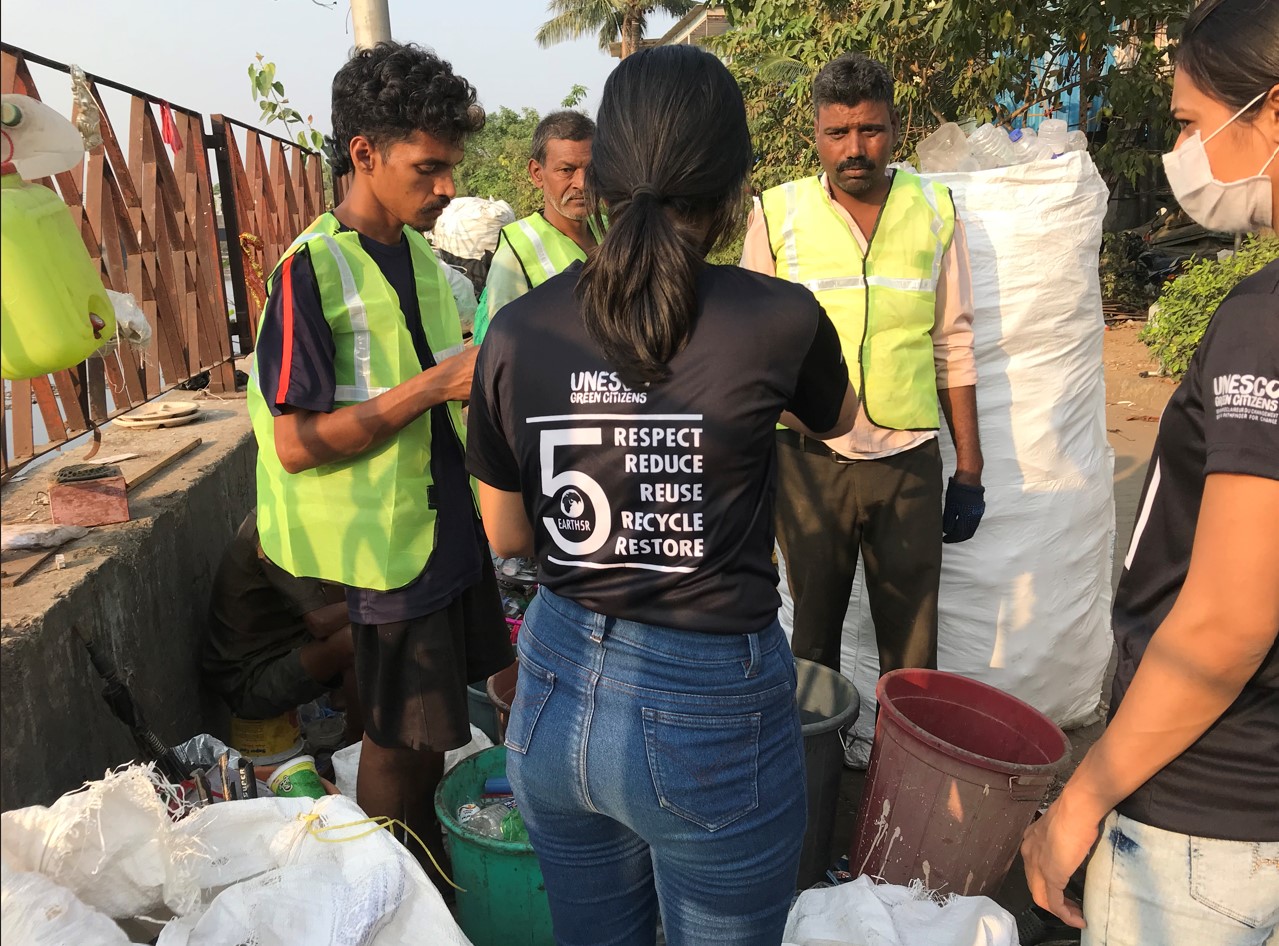 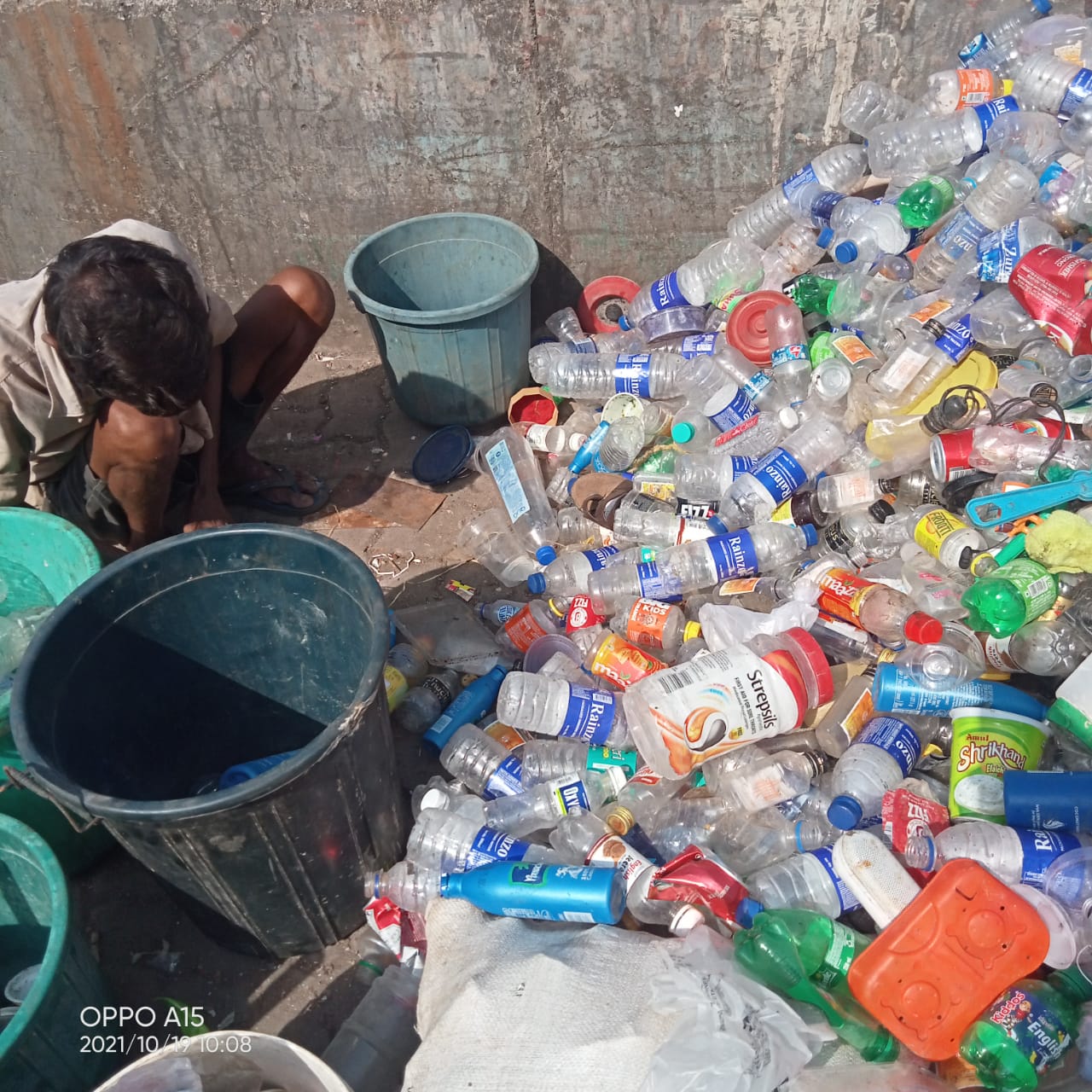 The activists who exercise this kind of activism believe strongly that a change can occur only through people taking action. For instance, Greenpeace organized campaigns to oppose the nuclear weapon tests that were being done in France.

The surge in awareness of environmental issues can largely be attributed to the influence of grassroots movements. Grassroots activism starts locally and unites people virtually anywhere to create change on a regional, national, or global scale.

What distinguishes grassroots activism from other forms of activism—and what makes grassroots movements effective—is the emphasis on collective action to address an acute problem, often at the local level. People from different backgrounds who may not formally work on the issues they seek to address come together to rally around a common cause, putting public pressure on elected officials, government bodies, and corporations to make a change.

There are many examples of grassroots environmental campaigns, but three movements led by Goldman Prize winners have been particularly influential and instructive.

In the 1980s, lifelong environmental activist and inaugural Goldman Prize winner Lois Gibbs (the United States, 1990) organized her community to speak out against the chemical waste buried in her neighborhood in Niagara Falls, New York. She formed the Love Canal Homeowners Association and repeatedly pushed local, state, and federal governments until her community was evacuated and cleanup began. Thanks to her efforts, the EPA created the Superfund Program, which works to identify and clean the nation’s most toxic waste sites.

Meanwhile, the late Professor Wangari Maathai (Kenya, 1991) spearheaded Kenya’s Greenbelt Movement, a grassroots tree-planting campaign dedicated to fighting against the effects of deforestation and desertification. She eventually also won the Nobel Peace Prize, in 2004, in recognition of her important work. The movement has since grown to include international work on environmental conservation, democracy-building, and community empowerment, inspiring communities and activists worldwide.

Gwich’in tribal leaders Sarah James, Norma Kassi, and Jonathon Solomon (the United States, 2002) used grassroots campaigns to protect the Arctic National Wildlife Refuge in Alaska—and its native caribou—from oil drilling. They educated Congress about the Arctic’s importance, organized local assemblies, and helped native communities develop their sustainable energy sources. Their early and continued advocacy helped pave the way for managing Indigenous communities in Alaska and elsewhere. In June 2021, the US government suspended oil and gas leases in the Arctic Refuge, a testament to the enduring effect of Gwich’in grassroots activism.

Eco-terrorism is an act of violence committed in support of environmental causes against people or property.

The United States Federal Bureau of Investigation (FBI) defines eco-terrorism as “…the use or threatened use of violence of a criminal nature against the people guilty of destroying the environment or their property by an environmentally-oriented, subnational group for environmental-political reasons, or aimed at an audience beyond the target, often of a symbolic nature.” The FBI credited eco-terrorists with US$200 million in property damage between 2003 and 2008. A majority of states in the US have introduced laws to penalize eco-terrorism.

Eco-terrorism is a form of radical environmentalism that arose from the same school of thought that brought about deep ecology, ecofeminism, social ecology, and bioregionalism.

Organizations that have been accused of eco-terrorism in the United States include the Animal Liberation Front (ALF), the Earth Liberation Front (ELF), the Sea Shepherd Conservation Society, Earth First!, The Coalition to Save the Preserves, and the Hardesty Avengers In 2010, the FBI was criticized in U.S. Justice Department reports for unjustified surveillance (and placement on the Terrorism Watchlist) between 2001 and 2006 of members of animal-rights groups such as Greenpeace and PETA.

Activists sometimes commit crimes or cause violence that harms persons, destroys property, or even the environment. In early 2000, for instance, the Federal Bureau of Investigation associated eco-terrorism with the destruction of property worth $200 million.

Hundreds of environmental groups worldwide try to preserve trees, protect animals, and reduce carbon emissions. Not everyone thinks alike, and these eight types of environmentalism reflect that fact.

How to Live a Sustainable Lifestyle: ...