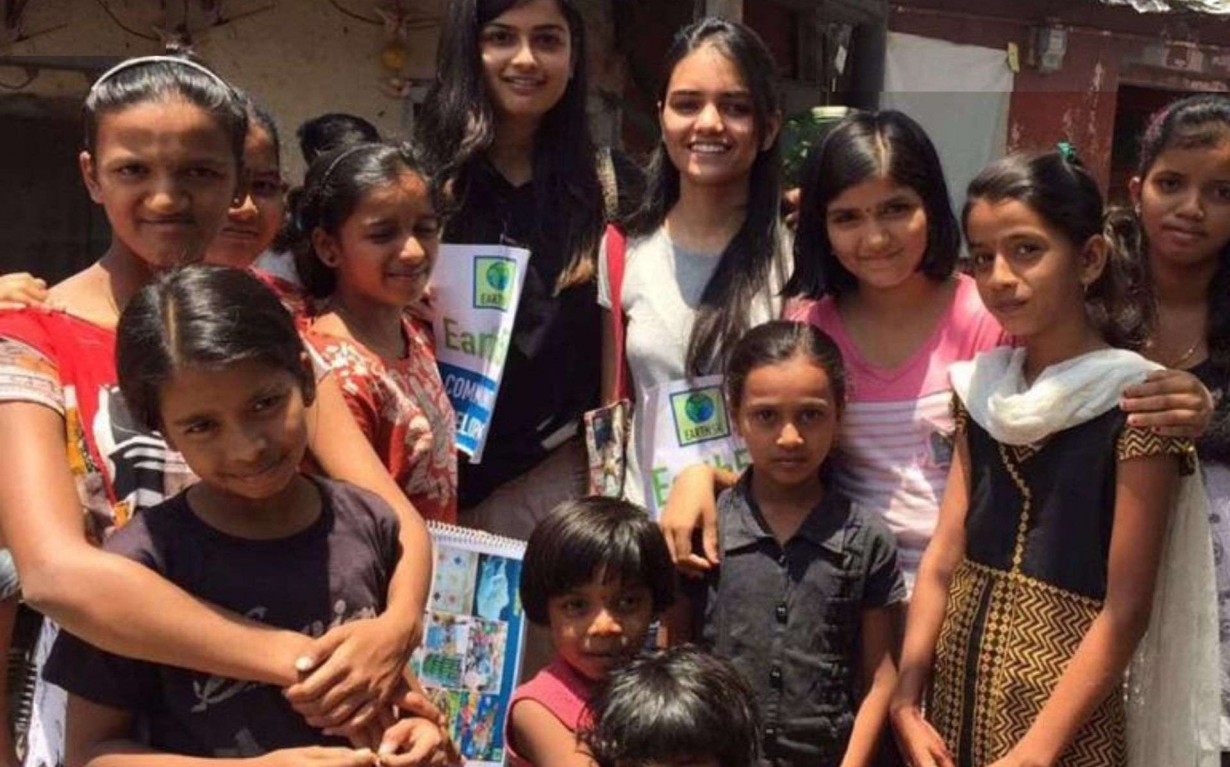 Sutardara is a suburb in Pune, which is home to nearly 4000 families. Pune Earth5R team members- Sonam Senger, Vrushali Mahajan and Hemal Ingle, the contestant for the acclaimed pageant of Miss Earth decided to visit the place and create some awareness. As they visited the place on 17th April 2016, they were struck by the way waste was disposed of.

The children living in that area were quite inquisitive and receptive which helped attract the women of the locality. The team asked whether they had bank accounts and were aware of the various schemes offered by the Government of India to create financial security for the people. They were educated on the same as well.

The residents were trained about several ways in which creativity can be applied and things which usually end up in the trash bin can be recycled and made into something useful. These products can become a source of income for the maker. The residents of Sutardara were amused and excited to know about different recycling ideas. In the end, the Earth5R team got an invitation with arms wide open to educated them more and impart skills among the residents to recycle and create a sustainable future for themselves and the generations to come.

Hemal Ingle, the contestant for the acclaimed pageant of Miss Earth, strongly believes that we should be the change we wish to see in the world. She is an ardent environmentalist who believes that only by caring for mother nature and thinking about sustainable future we can help our youth resolve the environmental crisis.

Regarding the community work done at Sutaradara Hemal Ingle says- “It was a wonderful experience interacting with people and educating them about the harmful effects of the everyday practices that day do like the burning of wood, wrong disposal of waste, and burning plastic. The residents were very keen on knowing Eco-friendly alternatives to these activities.

We suggested some creative ways about how they could recycle waste and make things of some economic value. They seemed very interested in doing it; they have asked us to visit again soon. The children were very helpful and also very interested in gathering knowledge from us about the things we need to do for our Mother Earth. It was a wonderful experience.”

Discoms and States Pivotal to Making ...