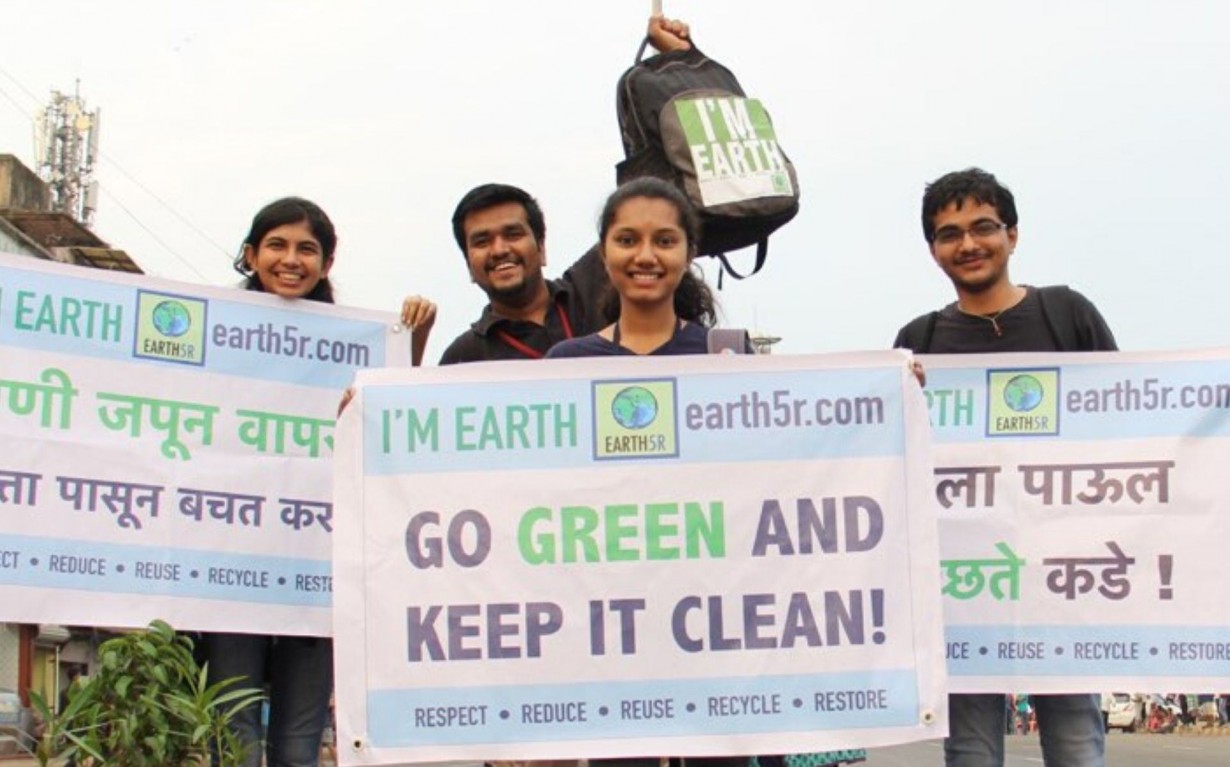 On an early morning of 22nd November ’15, Sharad Vegda, Akshita Shah, Kaksha Mahudkar, Aniket Patil and Ankit Jaiswal from the Mumbai Team of Earth5R decided to be present for the Vasai Virar Mayor’s Marathon and conduct an Awareness Program.

The members started off with distributing ‘I’m Earth’ bibs to the people present for the marathon so as to spread the word and for the same, banners were put up as well.

The run was about to start and the members of the team were all in good spirits to encourage the participants and were seen holding banners with messages about the environment. Few participants noticed the banners and gave the team a thumbs up to appreciate their concern. Students of all ages from various schools were present too with their hand made placards with drawings of nature and meaningful messages.

The team interacted with the students to know their opinion about the recent changes in the environment and their answers were jaw-dropping! The kids showed instant concern and said they would do what’s right to save the environment.

At the end of the run, team members decided to do a little cleaning activity and then carry on with interviews with the locals. The locals were extremely worried about the garbage being dumped in various parts of the area which was leading to mosquito-breeding, resulting in various diseases and health concerns.

A little experiment was then done with the locals and runners by placing a bin bag in the middle of the road, after which the team waited to see what would happen. Soon, the runners were seen throwing their empty bottles in the bag placed by the team. A little while later, a few locals gathered and cleared the nearby area.

This social experiment was a success and gave the message that a few people are well informed and concerned about keeping the surroundings clean.

The Nagarsevika of Nalasopara, Shubhangi Gaikwad, then concluded by appreciating the Swachh Bharat Abhiyan and adding that it is each individual’s responsibility to do their duties and make sure they dispose off their household waste in the right manner and set an example for others to follow. The team’s initiative reinforced the idea of individual action and concern towards the environment.

Social Entrepreneurship and Recycling Workshop in ...

Twenty Years Since a Massive Ivory ...