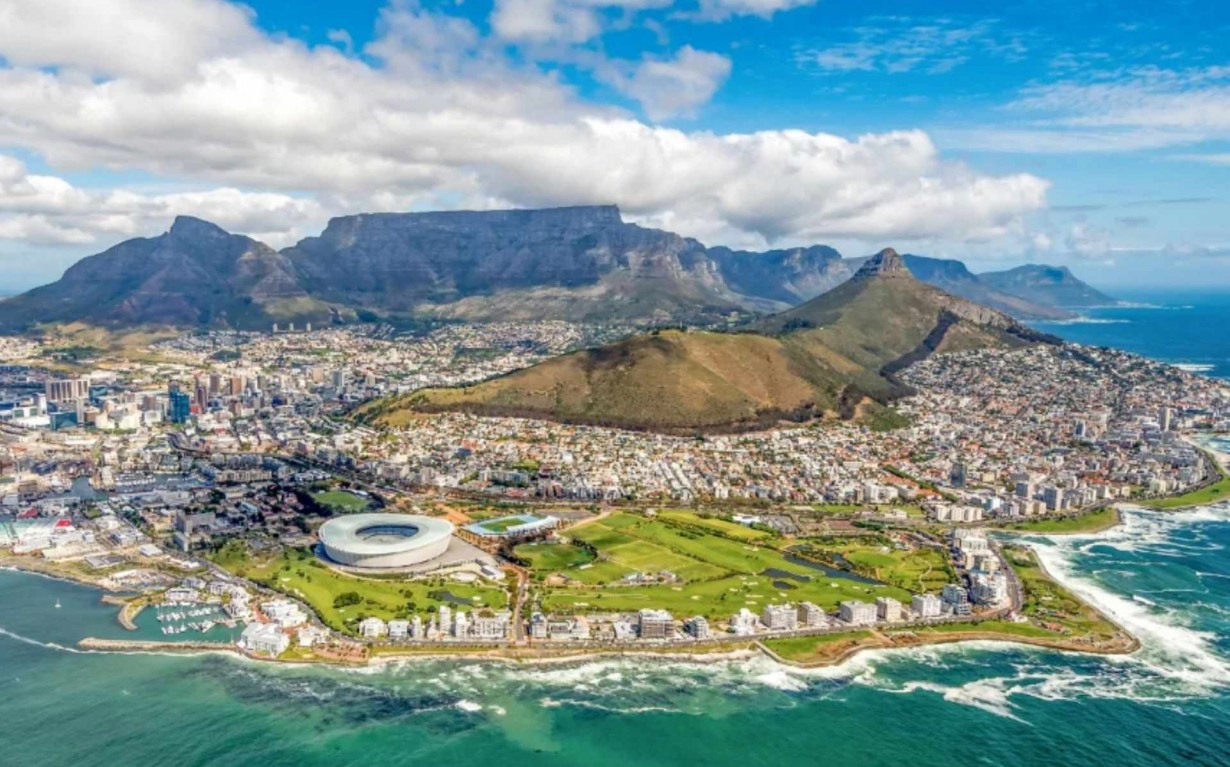 In 2017, Cape Town witnessed its worst drought of the century, having received the lowest rainfall since 1933.

Day Zero had arrived, with water levels in dams at less than 10%. By February 2018, increased restrictions limited daily water usage to 50 litres per person.

The city of Cape Town, legislative capital of South Africa witnessed a population growth of 71% in the two decades from 1995. At present, it is the second most populous city in South Africa with 4.1 million residents.

Cape Town’s years-long drought has been a lesson to water-intensive cities across the world, to utilize resources efficiently.

The water scarcity observed in Cape town is only the tip of the iceberg; an effect of the poor water management and water pollution issues that the city already faces.

Organic and inorganic pollution and littering of Cape Town’s storm and freshwater systems pose a threat to its biodiversity and human health.

In 2016, 10 out of 14 river systems and 9 out of 13 wetlands exhibited eutrophic or hypertrophic characteristics.

Coastal water quality is impacted by several sources of bacterial pollution such as E. Coli, mainly from overflows in the sewage reticulation network, wastewater discharge from wastewater treatment works, and stormwater contaminated with household waste and animal faeces.

The State of the Environment report of 2016 reports on 17 of the 26 wastewater treatment plants in Cape Town, achieving an overall compliance of 85% with DWS standards.

In spite of this data, it is suspected that millions of litres of sewage are being dumped into the ocean from pipelines at Camps Bay, Hout Bay and Mouille Point.

According to a report, the sewage only undergoes a preliminary treatment where it is passed through a sieve to remove solid objects.

The Camps Bay sewage outfall spews out 2.4 million litres of sewage every day.

The Mouille point releases 28.4 million litres of sewage in a year.

Cape Town, with its Mediterranean climate, has a history of water scarcity in the early 2000s.

The city began experiencing poor rainfall in 2015, following good rainfall in the previous years, possible onset by the El-Nino patterns and climate change. Water levels in the City’s dams hit 50%.

The reasons for the water crisis are attributed to drought conditions, poor water management, and failure of the administration to set up proper water related infrastructure.

At present, over two-thirds of the natural vegetation is classified as endangered or critically endangered, 300 of which are threatened with global extinction.

The city does not yet have a climate change monitoring system in place. However, it does have a GHG inventory.

C02 emissions contribution by sector (State of the Environment Report 2018)

Cape Town’s carbon footprint was found to be 5.1 tonnes of carbon dioxide equivalent in 2015.

Coal-based electricity generation represents a disproportionate 64%  of the carbon emissions of the city, followed by petrol and diesel making up 30%.

Social inequalities are very prominent in this city, with separate upmarket neighbourhoods and slums like Santini and Flamingo Crescent.

The City of Cape Town’s administration has attempted to incorporate resource management by introducing new strategies and linking residents to private organizations.

At present, 64% of the Biodiversity network of Cape Town has been conserved.

Mvula Trust is the largest Non-Governmental Organisation supporting Water and Sanitation Development in South Africa. It works with underprivileged communities and facilitates service delivery partnerships between these communities and their municipalities.

reunification services to adult homeless persons in the Western Cape.

Companies spent an estimated R10.2 billion on corporate social investment (CSI) in South Africa in 2019, with an emphasis on education, food security, health and community development.

Woolworths Holdings Limited is a South Africa-based multinational retail company that owns the South African retail chain Woolworths, and Australian retailers David Jones and Country Road Group. It spent a total of R1,669 million on CSI in the period 2017-19, emphasising on education and food security.

BENEFITS OF A CIRCULAR ECONOMY

Globally, the economy would benefit $2 trillion a year from a circularity.

Sharp increase in commodity prices in the 2000’s, due to increasing resource depletion. (WE Forum, 2017)

HOW WILL THE CIRCULAR ECONOMY BENEFIT CAPE TOWN?

The Western Cape Industrial Symbiosis Program (WISP) is a circular economy model that connects companies with businesses and unused or residual resources, such as water, logistics, expertise and materials.

In five years of its operation, it was able to:

Over the following three years, it is expected to generate 64,500 metric tonnes of CO2 savings. The WISP has catalysed the development of more programs in the region, hence promising greater employment, environmental benefits and revenue.

The Earth5R team has successfully implemented circular economy solutions to return plastic waste back into the economy.

In addition to plastic, cloth waste was donated to nearby informal settlements to make dolls. Domestic waste was converted into compost to be used in plantations. With this program, 250 Mumbai buildings were converted into absolute Zero Waste.

Kasadi River: The Polluted River That ...

Clean-up Drive at Baner Hill in ...