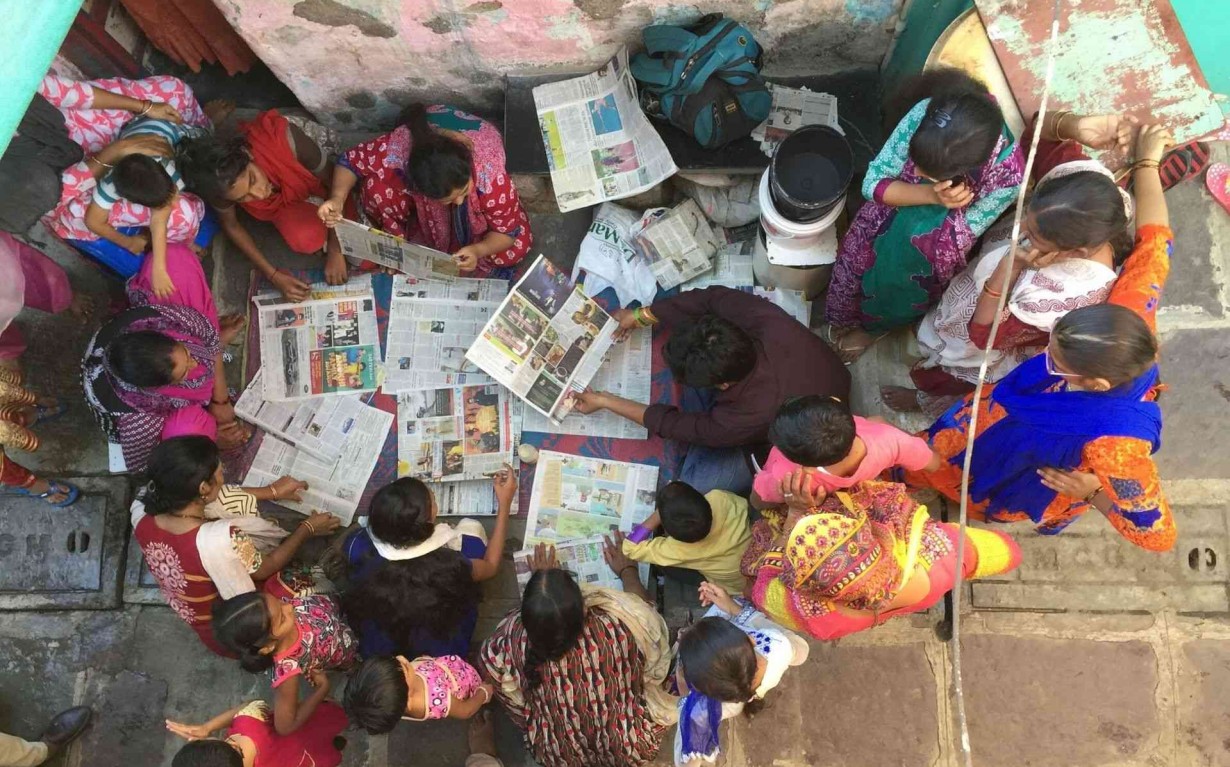 Citizen Science: By The People, For the people.

One of the most important gifts given to us by nature is freshwater. The water we use every day and the water that makes us is all freshwater.

Earth has plenty of water, almost 70% of the total surface but as you might know, only 2.5% of this water is present as fresh, non-saline water, most of which is trapped as glaciers and snow. This means only close 0.007% of freshwater could be used for consumption and use for close to 7.8 billion humans.

The amount of water available to us

These figures are important because out of the meager percentage of water available to us, a lot of it is being polluted and some of it is so polluted that it can no longer be used for any practical purposes.

And it’s not only our rivers, but 80% of all the ocean pollutants also originates from the in-land sources.

The major sources of pollution include the discharge of wastewater into the rivers and lakes from factories and tanneries, sewage, and organic or inorganic solid wastes. The pollution is not only killing aquatic life but is also a threat to the locals’ health and livelihood. According to the WHO, Over one billion people around the globe lack access to safe water sources.

Who is to be blamed for these dire circumstances we are in? And who is going to solve these problems?

Even though the government and the research institutes are doing their best in planning out various policies and programs, not only for the rivers but also for other environmental and social issues, it’s not enough, or rather, it’s incomplete. For any plan to be efficient, the locals need to work hand-in-hand with the policymakers to make it work.

The need of Citizen Science for the research and restoration of the river is being discussed on the ongoing six-part webinar series “Citizen Science and Water challenges” moderated by Anthony Parsons – Director of ALP Synergy Ltd. The webinar is delivered by University of Warwick, Thames 21 and ALP Synergy Ltd in partnership with Earth5R

In the very enlightening second part of the series, “The value of Citizen Science in Research” the importance of community involvement in research and plan development was discussed. This webinar is a collaboration brought together by the India-UK Water Centre (IUKWC)

There is a great need for Citizen Science as a large number of volunteers will help the researchers and policymakers to collect larger data over a wider range which would not be possible with only a small team of experts. The citizens also help the researchers by filling in the gap within the collected data as well as by reporting the situation before, during, and after the project is run.

As explained in an example shared on the webinar by Dr. Nathalie Gilbert – the evidence programme manager working with Thames21 – about the citizen science methodology program ‘Outfall Safari’ in the UK. ‘Outfall Safari’ involves the detection, evaluation, and reporting of any outfall draining into the rivers. An app is developed for the citizen volunteers to use where they can upload the data for a more complete analysis of the polluting sources.

Such programs make it easier and quicker for the policy and lawmakers to analyze and curb the sources of pollution.

A larger database is needed for designing a better and more effective solution. With Citizen Science, the funding spent in collecting the data is vastly reduced and these funds could instead be directed to help improve the conditions of the community.

The locals and volunteers act as the base of the solution by providing the necessary data to the researchers and institute who work as service or solution providers by analyzing the data and designing a plan which could be implemented.

When a sustainable, scalable plan which could be translated to other regions or countries is developed, this solution could then be used by the policymakers to act and set laws and regulations in motion to solve the problem on a greater scale.

Levels of  solving the problem with Citizen Science

This need of Citizens in Research was explained on the webinar by Dr. Sarah Cook of the University of Warwick who is involved with a project called ‘Pathways’. It is a collaborative project by the University of Warwick and Indian Institute of Technology (Bombay) (IIT-B) where the researchers are trying the understand the flow and movement of the pollutants to monitor the water quality.

This twin investigation between the UK and India would be carried out with the citizens by developing a Tool-kit which would be used by the Citizens to assess the flow and path of the selective pollutants through a waterbody.

WHY IS YOUR INVOLVEMENT IMPORTANT?

The solution to any problem lies in the root of the problem, and who knows the problem better than the people who are experiencing it first-hand? As many volunteers are the locals, there is an added advantage of learning from their experience and habits as well as educating them, which will not only make it easier to tackle the problem at hand but also lead to a behavioral change within the community.

For instance, when we at Earth5R took up the Lake Clean-up project at Powai, our main focus besides the clean-up was creating awareness and educating the locals about waste management, waste segregation and helping them become a part of a circular economy by inculcating the idea of using the recyclable plastic collected from the lake to make benches. This greatly helped in the reduction of the solid wastes being dumped into the lake while stopping a considerable amount of plastic from going into the landfills.

Earth5R volunteers engaged in clean up at the Powai Lake

Solutions that are sustainably designed will also be carried forward as a legacy in the community to ensure that the plan works efficiently even after the professionals are no longer involved.

This is important because citizens are what makes the community. Through Citizen Science and Sustainable planning, the citizens and hence the community itself becomes independent.

This is only possible with Circular Economy. An economic system that ensures optimum use of the resources and reduced waste while generating an income.

When the solutions have a revenue-generating system it would not only improve the socio-economic status of the locals but also ensure the plan is actively and willingly run by the community.

As was discussed by Saurabh Gupta – the founder of Earth5R – on the webinar, at Earth5R, our focus has always been on developing a Sustainable system with circular economy.

Screenshot from the Webinar

For instance, when the citizens and the Earth5R team trained the slum dwellers to make paper bags from the newspaper. Here, the waste paper generated by society was utilized to make products by upcycling it. These products were then put back into circulation in the society to generate revenue. This ensures that the waste like the newspapers is Reduced by being Reused.

In the coming years, there is going to be a surge in Citizen Science as the policies will be more community-driven as the researchers focus on the root of the problem which starts with all of us. The people.

Even though there is a common stream of thought that changes could only be brought about by people in the position of power, this can’t be any further from the truth. The problems which are created by a community, be it pollution, unstable ecosystem, or garbage mismanagement, could be solved by us as a community.

Coastal Cleanup at Juhu Beach by ...

Waste Segregation at Jammu by Earth5R

Clean-up Drive at Baner Hill in ...