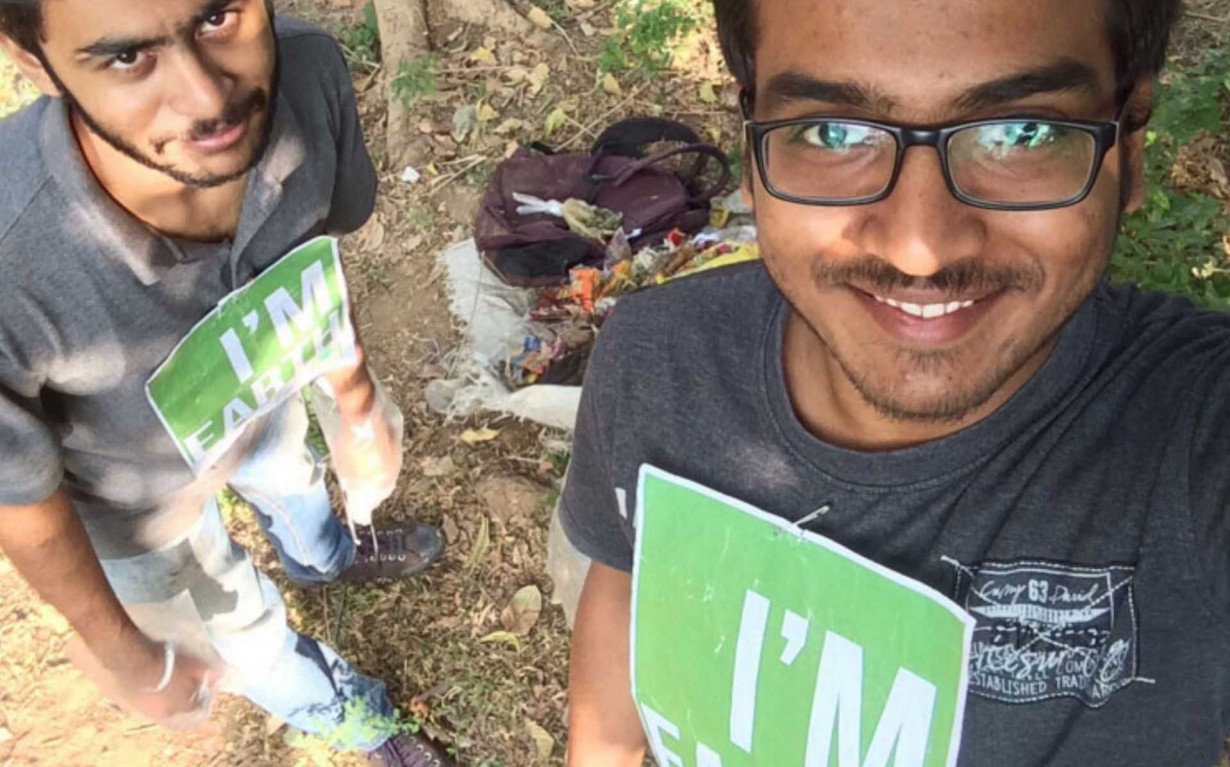 It was the morning of  8th November of around 8am when the Team began with an intention to get the garbage at its right place- into the dustbin. So, Ishit and Ketul from Gandhinagar Earth5R team began the I’m earth activity in sector-30 govt quarters on 8th November 2015, in the morning.

It was actually a garbage dump out space of the locals. It was all wet garbage, solid waste, plastic bottles and many more things. After an hour and 7-8kgs of waste collection the place regained its beauty.

It was now important to aware and interact with people near about the problems raised by garbage. We talked to around 7-8 houses. All of them refused that they contributed to the garbage dumping but they committed that they burn the plastic. Henceforth, we talked about the toxic released when plastics are burned.