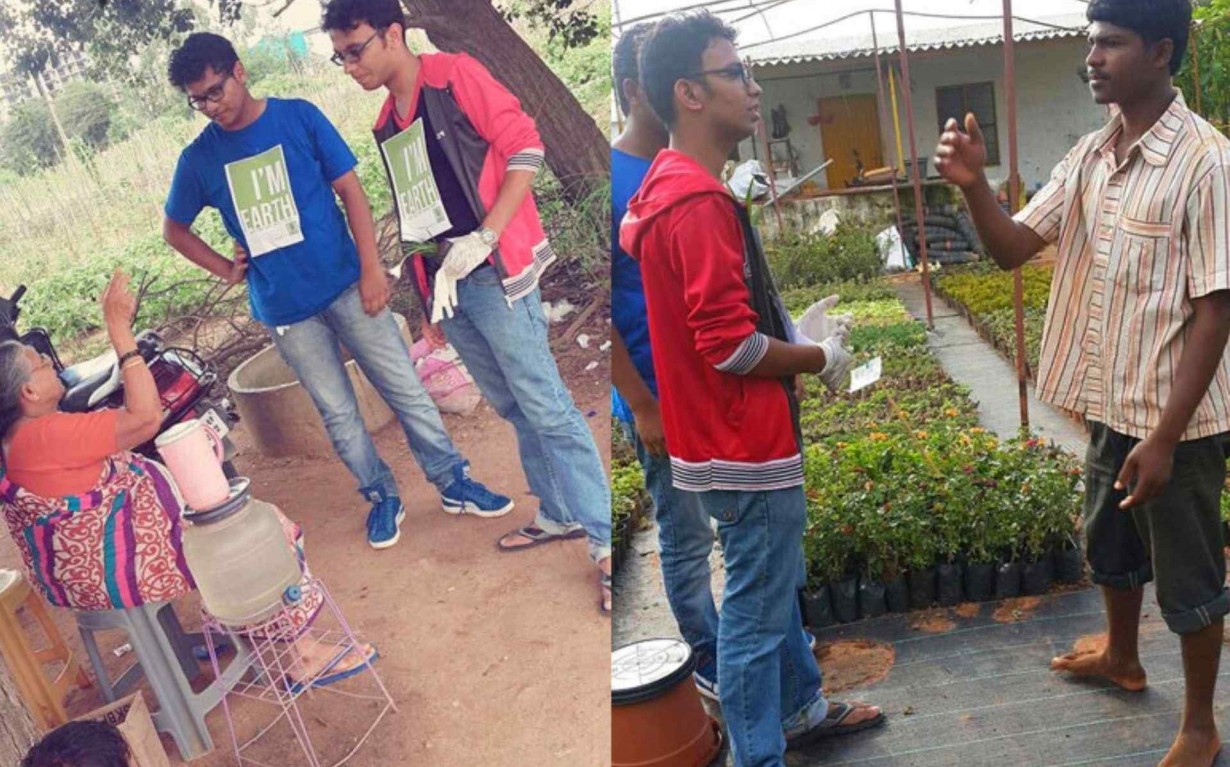 Clean-up and Sapling Gifts to Farmers at Bangalore

An interesting fact is that it requires 7-8 trees to provide enough oxygen for just 1 person per year. so shouldn’t  each person plant at least 8 trees yearly?

But in actuality, we cut more trees every year rather than actually planting them.

A community activity to address this was conducted by Akshay A, Syed Mudassar Nazar and Akhil Menon from Bangalore team of Earth5R at Rampura village, Shanthi layout and Byrathi layout. The team planned a Clean-up and then provided sapling as gifts to farmers near Bangalore.

The team collect waste from the sides of roads and gifted saplings to the local farmers to spread awareness among them on 2nd October 2015. They collected recyclable waste products and in the process cleared most of the waste laying there.

People around seemed impressed and got interested in the Clean-up that the team was doing, this started off a spirited discussion about the goals of Earth5R and the conditions of our degrading environment.

The team came to know that there were no garbage bins provided by the government near the areas to dispose waste. They spoke to the residents nearby and the workers in shops and fields and educated them on important issues like the impact of pollution, the current situation of the environment and waste management. People showed deep interest in knowing more about environmental issues.

Not only did the Earth5R team work with the the locals but they also learnt a lot of things about their conditions. They visited Narasimha Swamy Nursery in Rampura village and bought sapling which were later distributed among local farmers and residents.

Educating Children and Plantation at Gandhinagar

Climate Change on Course to Hit ...