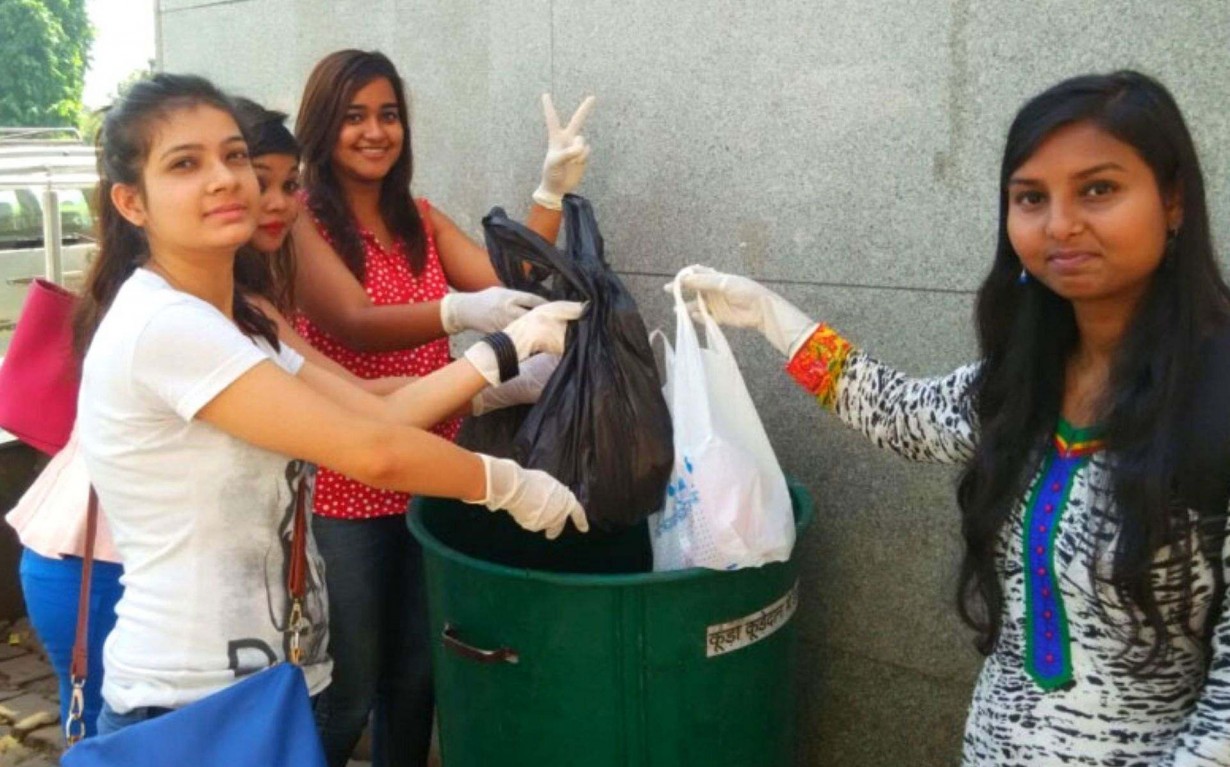 Connaught place is one of the largest financial and commercial business centres in New Delhi, India. Often abbreviated to CP, it houses the headquarters of several noted Indian firms.

Shri Narendra Modi as he launched the Swachh Bharat mission at Rajpath in New Delhi.

On 2nd October 2014, Swachh Bharat Mission was launched throughout length and breadth of the country as a national movement. A sense of responsibility was to be evoked among the people through the Clean India Movement.

Making citizens active participants in cleanliness activities across the nation,  was a dream once seen by Mahatma Gandhi and efforts should be taken to give it shape now. So this time, the Earth5R team decided to go to one of the Delhi’s most popular area to conduct their cleanliness drive as even after an year of the launch of the SWACCH BHARAT ABHIYAAN this place showcased some pressing issues. It was 3 October 2015 and the team included Sneha Sharma, Tanvi Garg, Pratisksha Motwani, Raina Moitra and Aradhna Mahajan.

Although the area looks clean and highly beautified on the exterior, the inner streets were full of garbage. The Earth5R team took over these areas and conducted the drive. Amongst the DELHI TEAM, a group of 5 girls collected bags full of plastic bags, disposables, used cigarettes, broken glass bottles, food wrappers and much more thrown over the streets.

They saw water accumulated in nearby areas that too when dengue is so chronic in Delhi. They enquired the nearby people regarding it. In response, they were told that the authorities have already been informed  and people were waiting for them to take action.

The team even observed that many areas were short of dustbins. They were put up in a secluded corner of the street which usually result in people throwing garbage on streets or dumping it on the road side.The cleanliness activity by Earth5R team took almost an hour with many people taking note and picking up the waste and putting it into dustbins.

The activity ended successfully and was fun to do. We really appreciate the efforts to these young ladies and the way they are encouraging other people to keep the city clean.

Wildfires Rage Across Europe as Climate ...