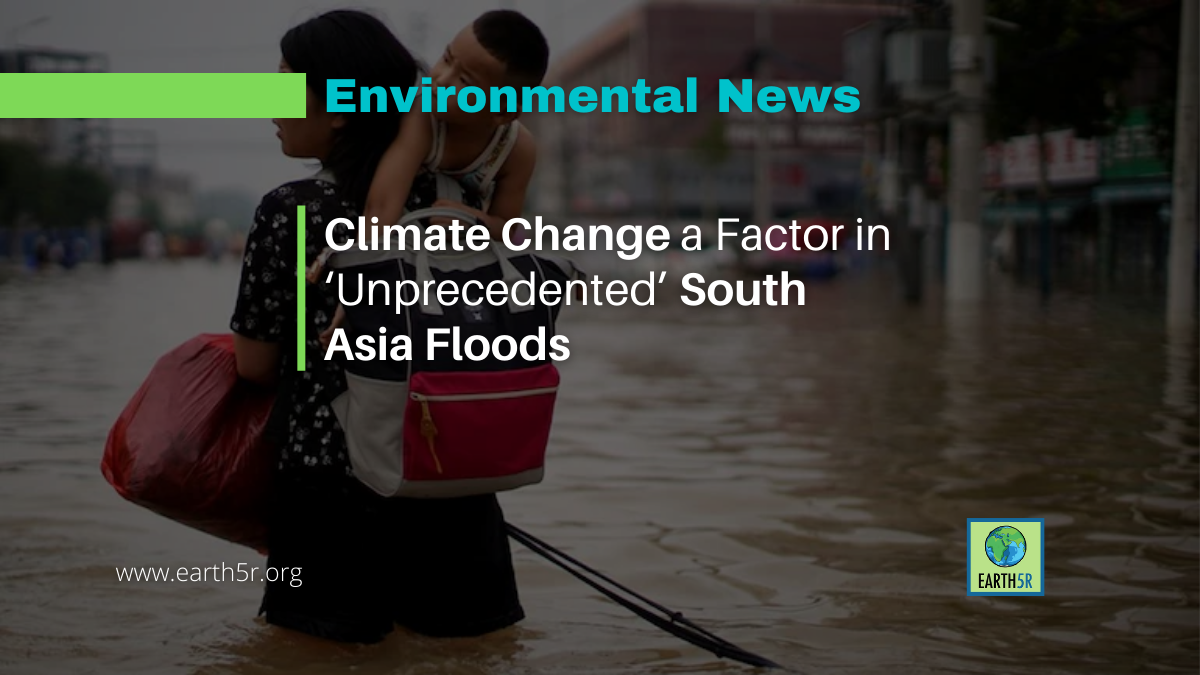 Scientists say climate change is a factor behind the erratic and early rains that triggered unprecedented floods in Bangladesh and northeastern India, killing dozens and making lives miserable for millions of others.

Although the region is no stranger to flooding, it typically takes place later in the year when monsoon rains are well underway.

This year’s torrential rainfall lashed the area as early as March. It may take much longer to determine the extent to which climate change played a role in the floods, but scientists say that it has made the monsoon — a seasonable change in weather usually associated with strong rains — more variable over the past decades. This means that much of the rain expected to fall in a year is arriving in a space of weeks.

The northeastern Indian state of Meghalaya received nearly three times its average June rainfall in just the first three weeks of the month, and neighboring Assam received twice its monthly average in the same period. Several rivers, including one of Asia’s largest, flow downstream from the two states into the Bay of Bengal in low-lying Bangladesh, a densely populated delta nation.

With more rainfall predicted over the next five days, Bangladesh’s Flood Forecast and Warning Centre warned Tuesday that water levels would remain dangerously high in the country’s northern regions.