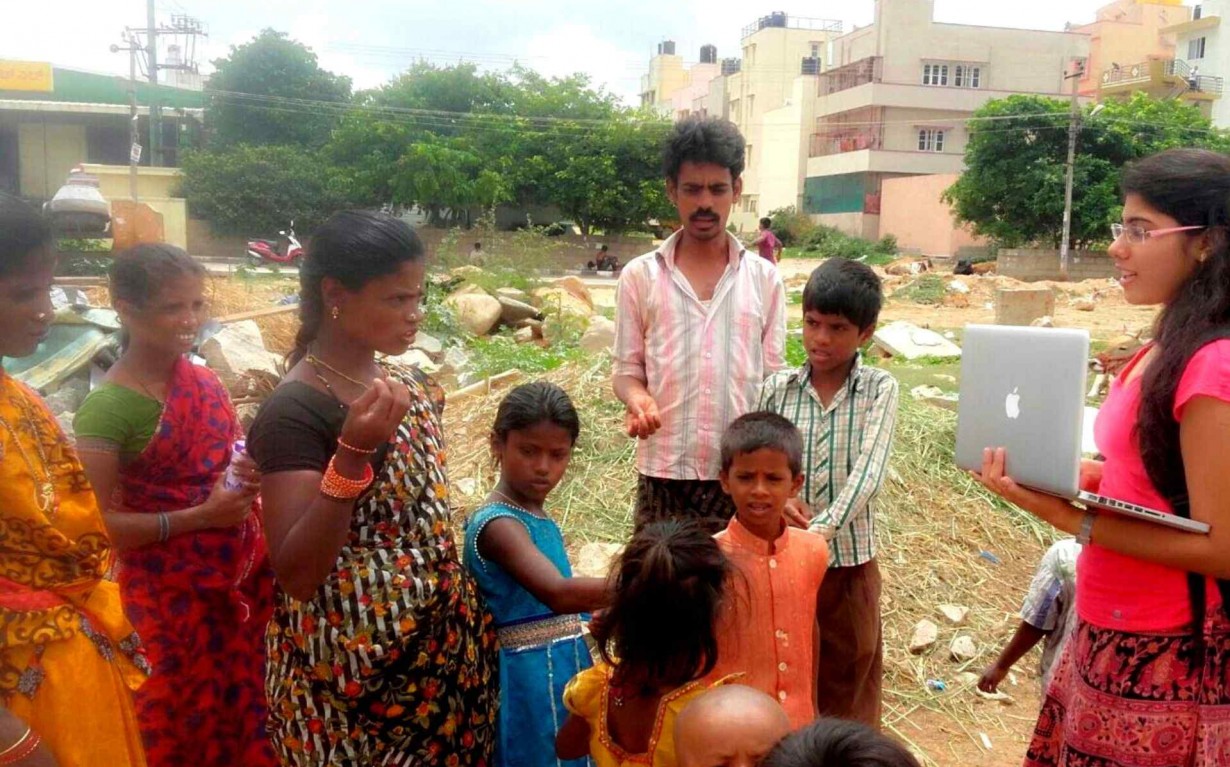 On 17th June, 2016, Ranjani and Manisha Swaminathan, Earth5R interns from Bangalore, paid a visit to the slum at Garudacharpalya in the city of Bangalore, Karnataka.

The duo intended to know about the living conditions and financial status of the people living there which included their daily income, during the visit. Also, they visited this particular slum to educate them about other alternative sources of stable income, personal savings and also regarding social entrepreneurship.

There were two communities of people living in the locality. People from one of those communities were locals and had been living there since last 3-4 years. Specifically, they were from the city of Gulbarga and conversed in their local language which is Kannada. They earned their livelihood by going from house to house performing songs and skits with the aid of cattle and by begging for alms.

The other sect was from Maharashtra who migrated to Bangalore 6 months ago. They manufacture and sell ear-rings to earn a livelihood.

The former group of people co-operated well with the team, and gave details about their jobs. They also responded positively, while Manisha and Ranjini educated them about social entrepreneurship, something which would facilitate in providing them with a better livelihood. The latter seemed to be a little insecure, and didn’t respond much.  However, the girls communicated with them the best they could.

How to Make Sustainable Choices in ...