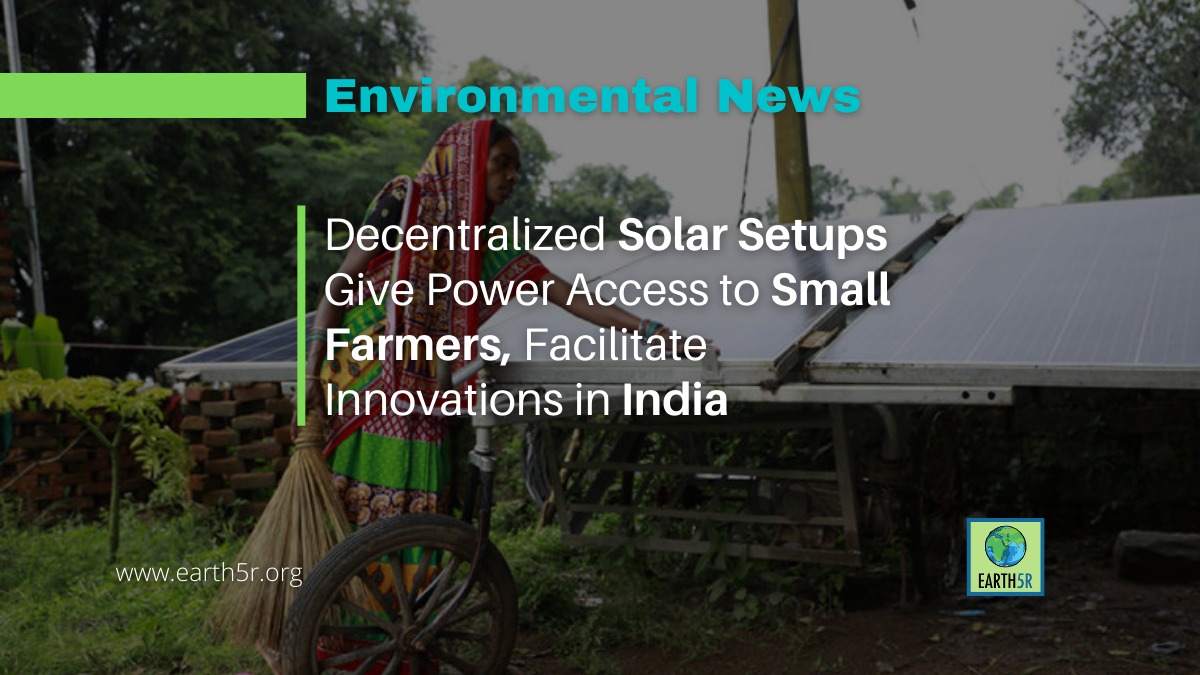 The past few months have been peaceful for Vitthal Reddy, a sugarcane farmer from Karaknalli village of the Bidar district of Karnataka. After a long time, he managed to save his farm from crop-eating wild boars. For the past 10 years, he had been unsuccessful in finding a solution to animals raiding his crop. But this season he thinks he has finally solved the puzzle. He installed a solar fencing machine to protect the sugarcane crop from wild boar, and, so far, the device is working well.

Around 1,400 kilometres away, Omgiri Goswami from Bhopalgarh in Rajasthan, is also using solar power to irrigate farms and cook fodder for his cattle. His area faces frequent power cuts and during this time it is the solar power that has come to his aid.

Meanwhile, in Manyachiwadi village of Maharashtra’s Satara area, a few women self-help groups came forward to transform the village with solar power. Ravindra Anandrao Mane, sarpanch of Manyachiwadi village, told Mongabay-India that earlier the village used to face power cuts for hours. But then, in 2008, around 100 families of his village, led by women, collected money and installed a 3 kilowatt off-grid solar power system. The total capacity of village’s solar energy is 11 kilowatt including roof-top solar. “Now, we are self-sufficient in terms of our energy needs,” he said.

What is common in these three cases is decentralised solar power that is being used by farmers and people living in rural areas of India. Decentralised power refers to energy generated off the main grid, closer to the site of consumption.

Monsoon Covers Half of India; Rainfall ...

Twenty Years Since a Massive Ivory ...