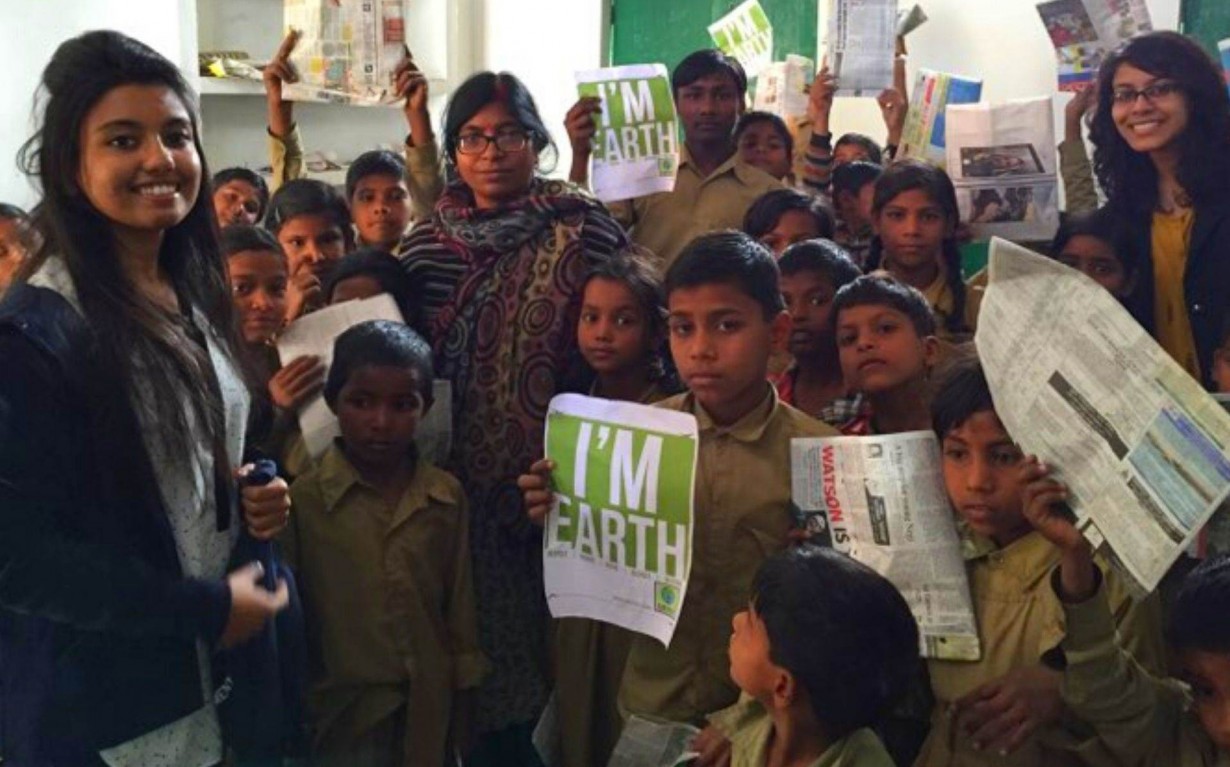 Environmental Awareness & Upcycling of Clothes at a Village School

Earth5R Lucknow team conducted an Environmental Awareness & Upcycling of Clothes at a Village school near Lucknow. The purpose of this activity was to visit a government school at a nearby village, spread environmental awareness and teach them the craft of making bags out of newspapers and old T-shirts that are no longer wearable.

Usage of Polythene bags has been banned by the Uttar Pradesh Government since 1st of January 2016. The current ban of plastic bags was a situation that was easily relatable by the kids and they themselves were curious to know the real reason behind it.

They described how their parents nowadays collect old plastic polyethene bags to buy fruits and other grocery items as if it was a precious item unlike the last few months when they all used to be thrown away.

The kids were educated about various kinds of pollution such as Global Warming (*Global warming is the phenomenon which is a resultant of pollution and categorizing it as a kind of pollution seems misleading) in simple layman terms with the help of a diagram. Asked about their views on their surroundings.

Earth5R team taught them the importance of recycling and upcycling- followed by making bags out of paper and old shirts. A small quiz was conducted at the end of the activity where they were given gifts for every correct answer. These bags were good enough to be sold by these children to the fruit sellers and other small vendors around their area. The bag made out of T -shirt would help them earn a higher price out of their sale.

From this activity, Earth5R team looks forward to collecting more such old clothes from their friends & relatives and distributes them among people residing in villages. So that, they can develop a skill and make use of the current scenario by selling these bags & earning money.

Polar Bears Scavenge on Garbage to ...