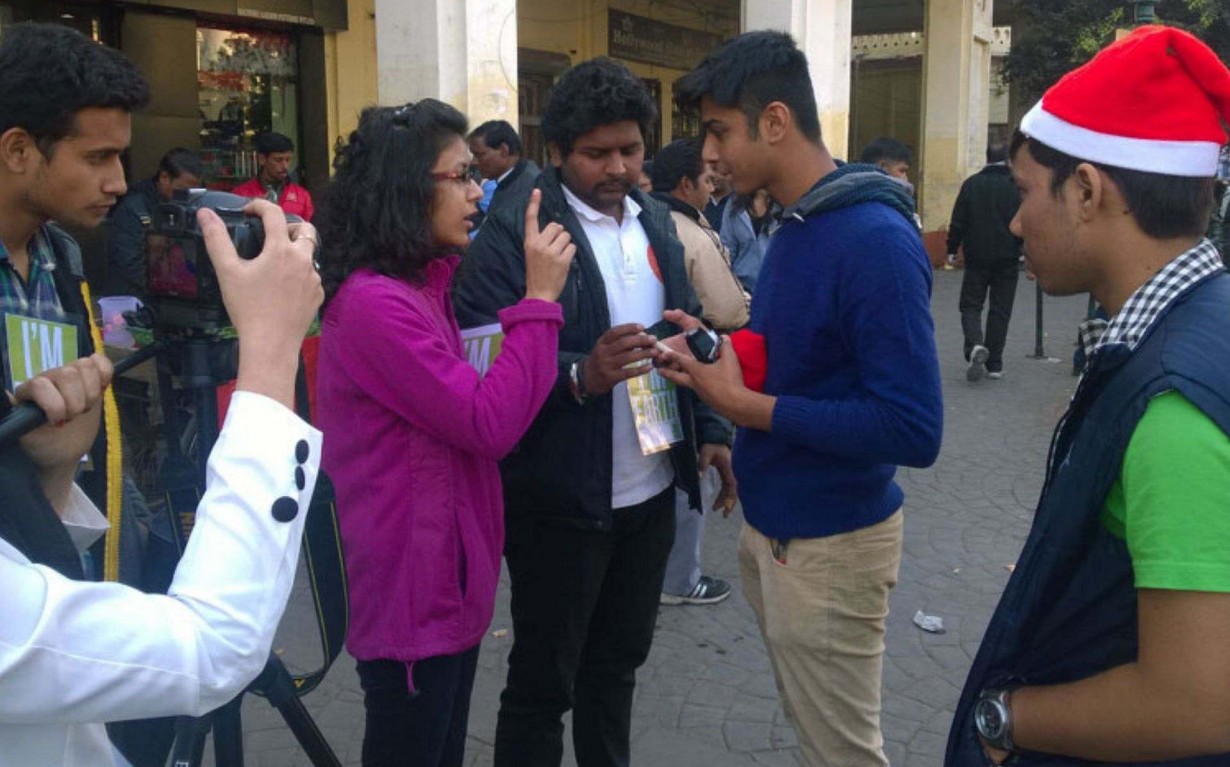 Earth5R Lucknow organised EarthTalks in the heart of the Lucknow, Hazratganj, which is putatively most crowded on Christmas Day. The agenda of the talks were to spread awareness about pollution in general and also to apprehend their views and extent of knowledge about pollution.

The team started with a group of students who were passing by. They were quite inquisitive about the whole activity because of teams disposition.

Our Team asked them to share their views about pollution and how are they contributing to reduce pollution?

They clearly stated the fact that industrialisation is responsible for the deteriorating condition of the environment. Vehicles emit a lot of smoke which add to the air pollution. People felt that smoking should be disallowed at public places and car pooling should be practised by colleagues.

The most interesting talk was with a municipality sweeper.

The team approached him cordially and asked him about his experiences as a cleaning staff. He seemed to be quite upset about the attitude and habits of people of spreading litter everywhere on roads instead of using dustbins. He felt that people should not throw garbage in the middle of roads as roads are not for that.

This cleaning staff was a source of inspiration for the team as he was not only doing his job by keeping the surroundings clean but was also protecting the environment in the best way he could.

People were also made aware about the Earth 5R’s motto – ‘Know , Act , Inspire’ where they were not only educated about the current environmental crisis but also their crucial role as an individual involved in protecting it.

The biggest environmental issue in the state of Uttar Pradesh is because of Pan Masala and Gutka Pouches. Apart from their spits painting the walls ugly, they are also responsible for clogging the drains.

The problem Earth5R team found – Most of the people were aware of the problem, but they put the blame on others never realising their own mistakes.
Earth5R team had talks with a few more people who hailed from different cities and educated them about pollution and also how they can do their bit to reduce it.