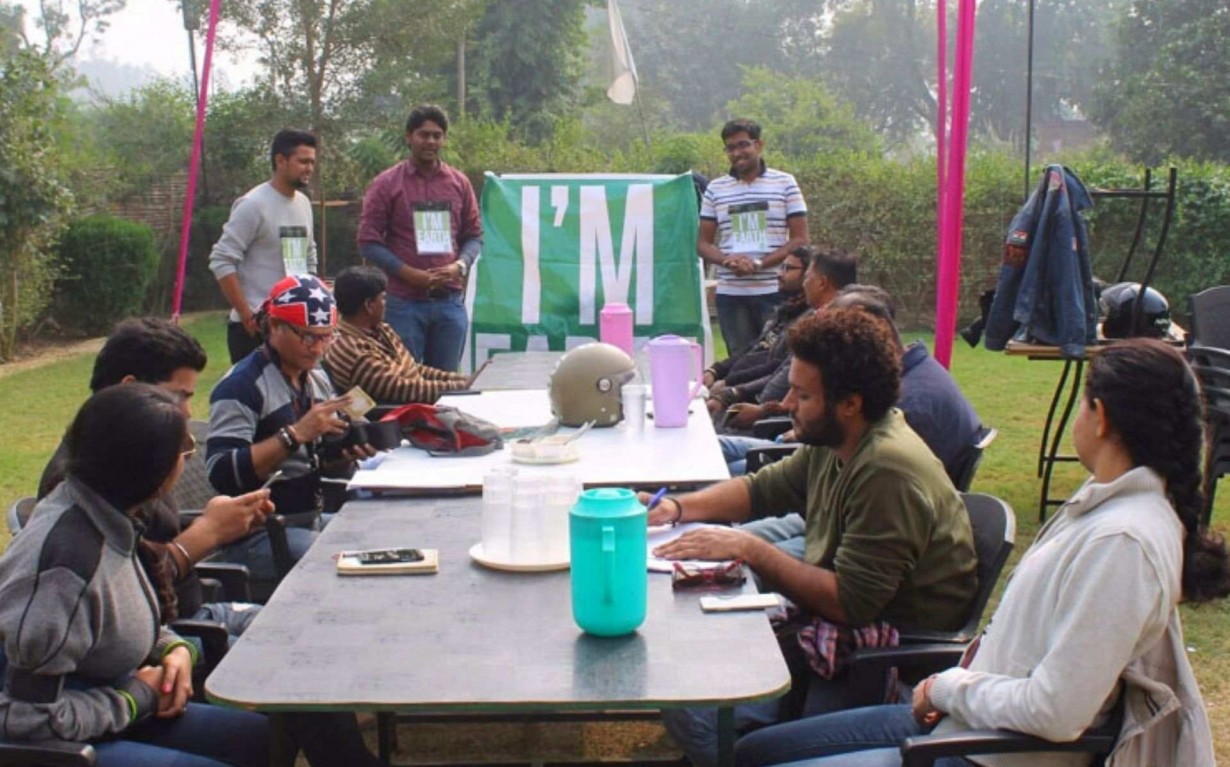 EarthTalk With Motor Bikers at Lucknow

Earth5R team conducted an EarthTalk with Lucknow Royal Enfiled motor bikers. The bikers group had 16 people and the team spoke  to them about the never ending pollution problems revolving around the city.
The focused of the Earth Talk was Air Pollution – the team cited examples of cities like Beijing and Delhi and the air pollution crisis in these cities.

People were educated about global warming and how the use of air conditioners , refrigerators and other such regular household appliances are now threatening our existence by emitting CFCs.

Earth5R team discussed with them the disadvantages of using two stroke and advantages of using four stroke engine in terms of avoiding air pollution. They  were also educated that regular maintenance of bikes will enable them to create lesser degree of smoke.

The emphasis was laid on the ‘3RS’and tips like the reuse of water drained from RO plant and AC outlets for washing dishes, planting more trees that help clean the air.

Few examples of such plants include Spider Plant (Safed Musli), Bostorn Fern, Bamboo Palm and Aloe Vera. These plants have been proved to be helpful in controlling Carbon monoxide and cure diseases like Asthma.

The Earth Talk left the motor biker team stunned. They were amazed to realise how day to day carelessness has now led humans into the trouble of climate change!

The motor bikers group was inspired by Abhay, Kaushal and Kaushik’s initiative and expressed their desire to join Earth5R Lucknow Team in their upcoming activities in the future and promote Earth5R’s initiative around the city as much as possible.

AI and Machine Learning for Sustainability ...

The 6 Biggest Sustainability Trends In ...