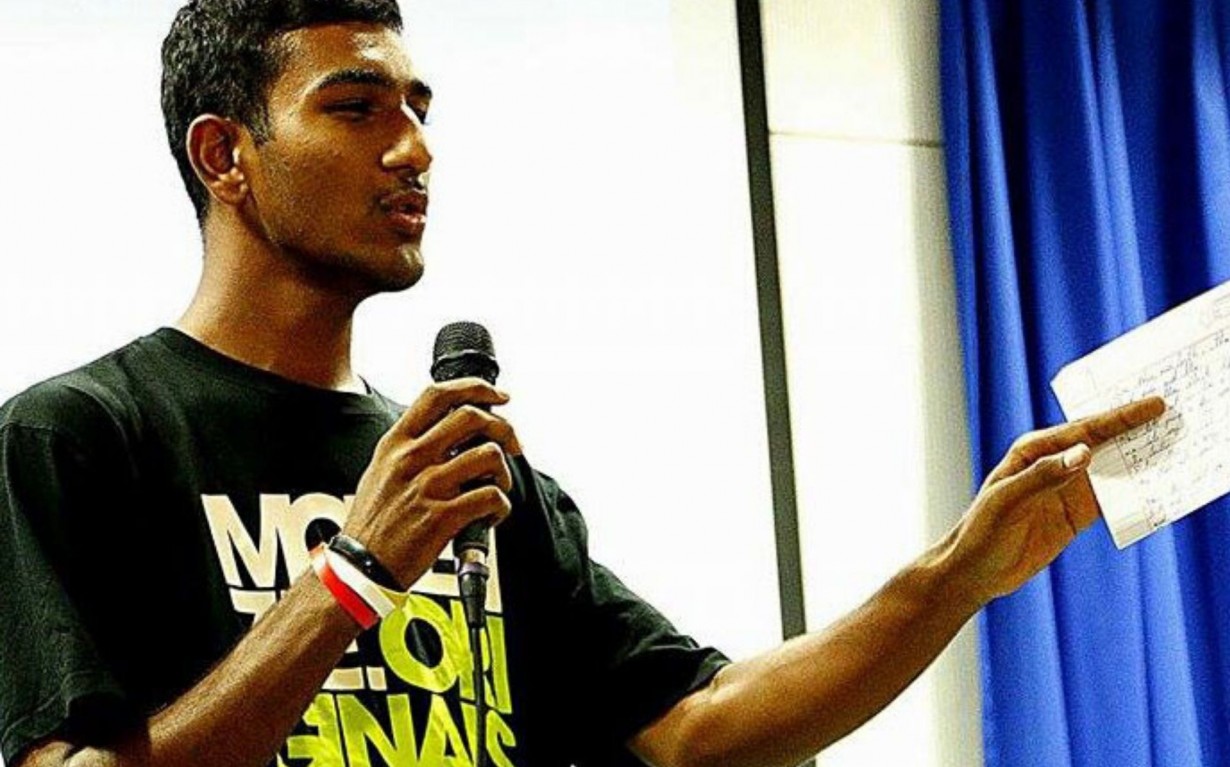 Air Pollution in India: An EarthTalk by Earth5R at St. Joseph’s College, Bangalore

According to a World Health Organisation (WHO) study, Delhi Air Pollution has surpassed Beijing and is currently the most polluted city in the world. This puts its people at a dangerous risk of respiratory diseases.

Sensitizing the crowd towards the same, a talk was designed for the children, emphasizing on the same. The Earth5R team of Bangalore conducted an EarthTalk on Air Pollution at St. Joseph’s College of Arts & Science, Bangalore on the 13 August 2015. The speakers included Earth5R members Ayesha Mehrotra, Smriti Tiwari and Syed Ismail. The talk lasted for a duration of 30 minutes and included an interactive session with 120 students.

The first speaker was Ayesha, who discussed the causes of air pollution and the Beijing Cough and London Smog. A few unbelievably surprising facts regarding the subject were also shared.

Smriti summed up the harmful effects of toxic gases on nature’s biodiversity. A global point of view on the causes and effects of air pollution was also introduced to the students. She also discussed the effects of pH level fluctuations and acid rain.  She spoke about the consequences of human activities on plants and animals.

Ismail ended the talk with solutions to reduce the harmful emissions of gases. He suggested a few measures like carpooling and recycling of old products. He also spoke about various diseases and disorders caused to the human body by gases.

The students were enthusiastic and receptive, they were keen to learn and the interactive session helped the team understand their level of environmental awareness. The students also suggested many solutions and were well acquainted with environmental issues. They are looking forward to further activities and discussions with Earth5R at their college. The Environmental Association of the college is also very eager to collaborate with Earth5R for environmental awareness. It was a wonderful experience and we are thankful to the College for its support and encouragement.

In 2013, a report by Global Burden of Disease (GBD) said that outdoor air pollution was the 5th largest killer in India.

Photos by Arun B George, Report by Ayesha Mehrotra. Edited by Vandita Morarka