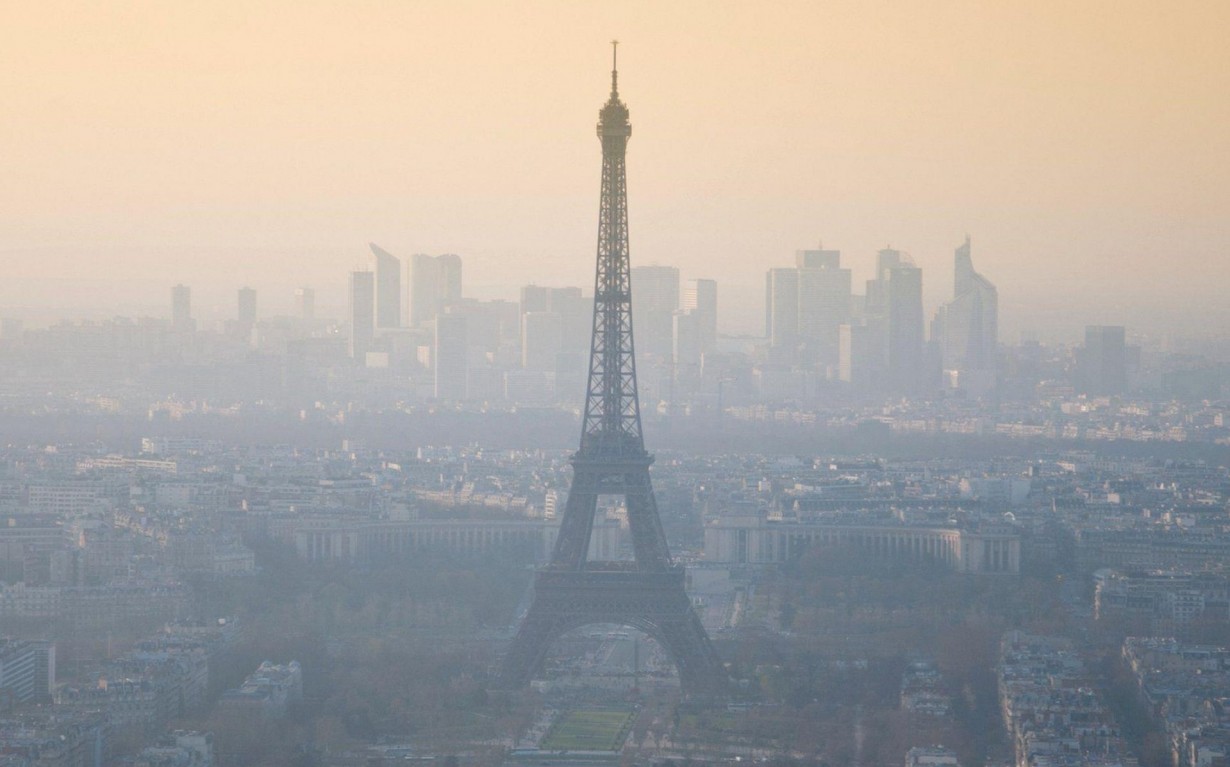 The pollution in Paris is such that breathing its air on a four-day visit is equivalent to smoking two cigarettes.

Accordingly, a person living in Paris passively smokes the equivalent of around 183 cigarettes a year.

These figures are alarming for Paris, capital of the world’s most popular country for tourism in 2019. Emerging in the 17th century as one of Europe’s most influential capitals in arts, commerce and science, Paris now receives upto 40 million tourists a year.

Spanning over a 104 km2 area, with a population exceeding 2 million, the economy of Paris is based largely on commerce, but also on transportation,construction, and industry.

Despite all its advancements, Paris has still not succeeded in curbing several environmental issues.

For the past few decades, Paris has struggled with  air pollution and emissions.

The principal sources of pollution in the metropolitan area are transport, heating and industry.

It’s no wonder the Paris region has a high prevalence of respiratory illnesses.

In addition to the air pollution, Paris faces other issues that obstruct a well rounded economy.

12 tonnes of material are imported and 5.2 tonnes exported per resident every year (Paris Circular Economy Plan 2017-2020)

The city of Paris picks up around 350 tonnes of cigarette butts every year, despite the wall mounted ashtrays and 68 euro fine on anyone caught throwing them on the streets. It is estimated that 4 out of every 10 of disposed cigarette butts are disposed irresponsibly, ending up in water bodies, beaches and forests. As much as a single cigarette  can contaminate hundreds of litres of water.

Debris on the banks of the Seine (Researchgate)

THE EFFECTS OF CLIMATE CHANGE

Between 2050 and 2100, climate change could lead to extreme weather events, a decline in water in water stressed zones, increased heat stress, sea level rise, losses in the agricultural sector, and an extension of areas affected by soil degradation.

The Seine, flowing through the heart of Paris, has been known to flood the city on multiple occasions in the past.

The flooding of the Seine in 2016 and 2018 is attributed to climate change, when parts of France got months’ worth of rain in a few days, resulting in flood levels reaching threatening levels of 6m.

In its Climate and Country Health Profile, 2015, WHO reported the following effects of climate change in France under a high emissions scenario:

In order to stay below the 2ºC upper limit as per the Paris Agreement of 2015,  it is estimated that global annual CO2-energy emissions, currently at 5.2 tons per capita, need to be reduced to 1.6 tons per capita.

The high rates of homelessness are attributed to the high cost of living in the city.

According to a BBC report, there are around 29,000 homeless people living in and around Paris, out of which 8000 sleep on the streets every day.

A slum area in Paris (Reuters)

In addition, migrants who come to the city in search of a better life are unable to secure jobs without their documents.

The  Departments, Metropolis and City administration of Paris have done a commendable job by collaborating with  their specific skills. Together they were able to implement actions based on the Circular Economy concept on a daily basis.

As of 2015, 96% of French companies turned in annual CSR reports. Kering and L’Oreal were among the 11 French companies in the top 100 global CSR leaders in the 2017 KPMG Corporate Knights list.

HOW CAN A CIRCULAR ECONOMY SOLVE PARIS’ PROBLEMS?

The circular economy has the ability to create “reshored” jobs, while promoting new business opportunities for the actors by localizing the exchange of goods and services.

BENEFITS OF A CIRCULAR ECONOMY

Circularity has several advantages for the economy. Globally, the economy would benefit $2 trillion a year from more effective resource management, while having a positive impact on the ecological systems, which will not deplete or overload them. As the cost of raw materials will decrease substantially, while promoting employment and innovation.

Earth5R’s ACT project involves citizens in meeting needs and addressing sustainability issues that affect their local ecosystem. If the solution is not local, it is not sustainable.

Earth5R was chosen to be a part of the first Paris Peace Forum as a Project Leader in the Environmental sector for promoting peace with global governance.

Earth5R’s ACT Project is one out of 24 Environmental projects selected all over the world. The ACT Project in Powai involved Clean-up activities, Environmental awareness programs and plantation drives. It has positively impacted over 1,70,000 underprivileged families, providing them with training on Waste Management, Financial Literacy, and Waste to Wealth program.

The project gained attraction exponentially giving way to further developments in the form of potential partnerships and association with various international organisations like the expansion of the A.C.T to the African and Latin American States.

Social Entrepreneurship and Recycling Workshop in ...