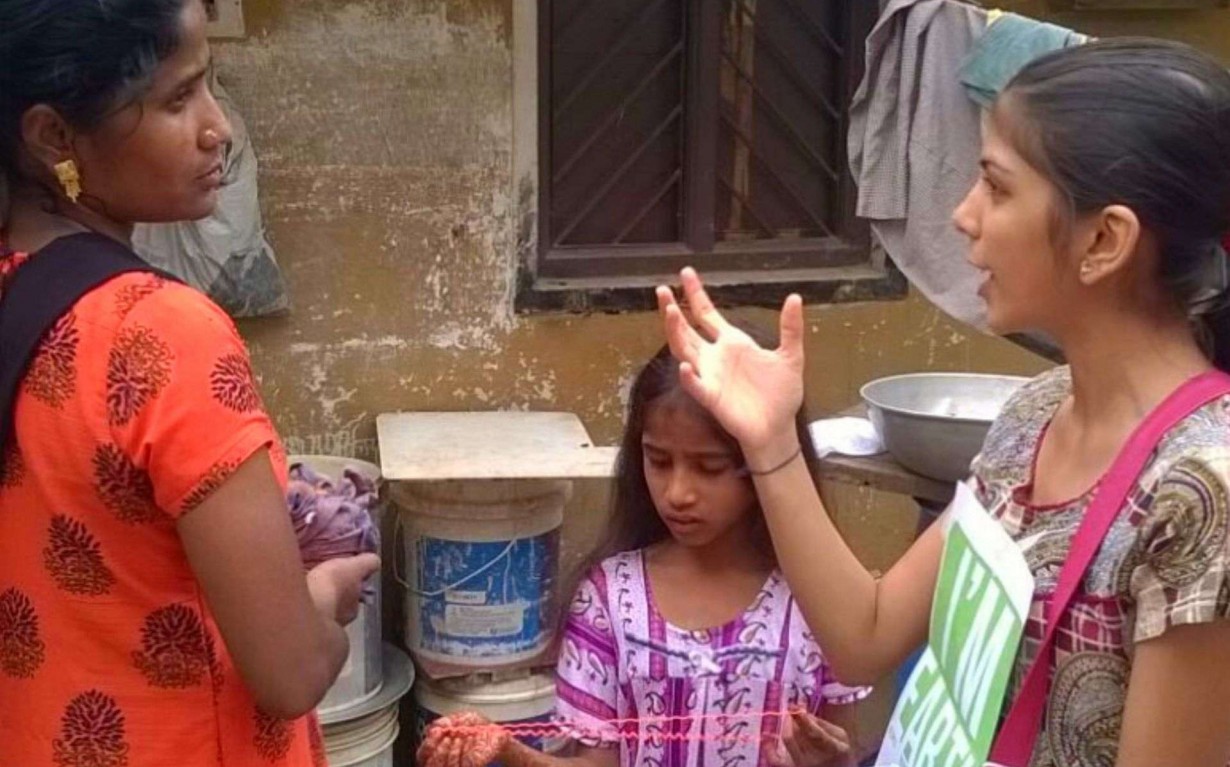 According to Gethin Chamberlain, in the slums, nearly 2 million Indian children die under five each day and that is the highest number all over the world.

Residents of the slum areas are at a great health risk due to their unhealthy surroundings. Kavitha Jain and Yogeshwari Sreedharan’s  first visit was to the slum area near National Games Village, Ejipura on 22 May 2015. They walked down narrow streets, with garbage littered all over the place and where stray dogs looking for food in the spilled garbage. The place demanded cleanliness!

They were introduced  to some of the residents by a group of kids and began with asking them about their lifestyle. Based on the input provided by the residents, alternatives were suggested, that would help them live a healthy life in such conditions and they also educated them on the importance of maintaining cleanliness.

There were some responses recorded as prevalent practices, that were learned in response to questions asked to them, such as- most  people use gas stoves rather than burning wood because the government has made them affordable by providing them at subsidized rates; residents did not replace plastic bottles and were shocked to learn that long-term usage of the plastics results in cancers, birth defects, plastic toxicity, developmental problems in children and many other ill-effects; only fewer residents wore masks or use handkerchiefs for protection against pollution and did not know about the severity of the pollution and few residents boiled water before consuming it, the water was stored in huge containers and used over a period of time.

A couple of problems came on the surface, like- waste collection was not done on a daily basis, which would sometimes result in pungent smell and hence more mosquitoes; public toilets used by the residents were not cleaned frequently; sometimes, the drinking water would be contaminated with worms and other harmful substances and residents claimed that they were exploited by the middlemen, who charged them Rs. 5000/- as monthly rental charges.

The flats were allotted to them by the government as a part of the project, Karnataka Slum Development Board. The community inhabitants were consequently educated about the harmful impacts of pollution, informed about the negative side of the practices they carried out and in parallel respects, were also informed about healthy practices.

The community activity was concluded with the residents’ promise that they will work towards maintaining hygiene and also make sure that they will remain vigilant about the common illnesses.