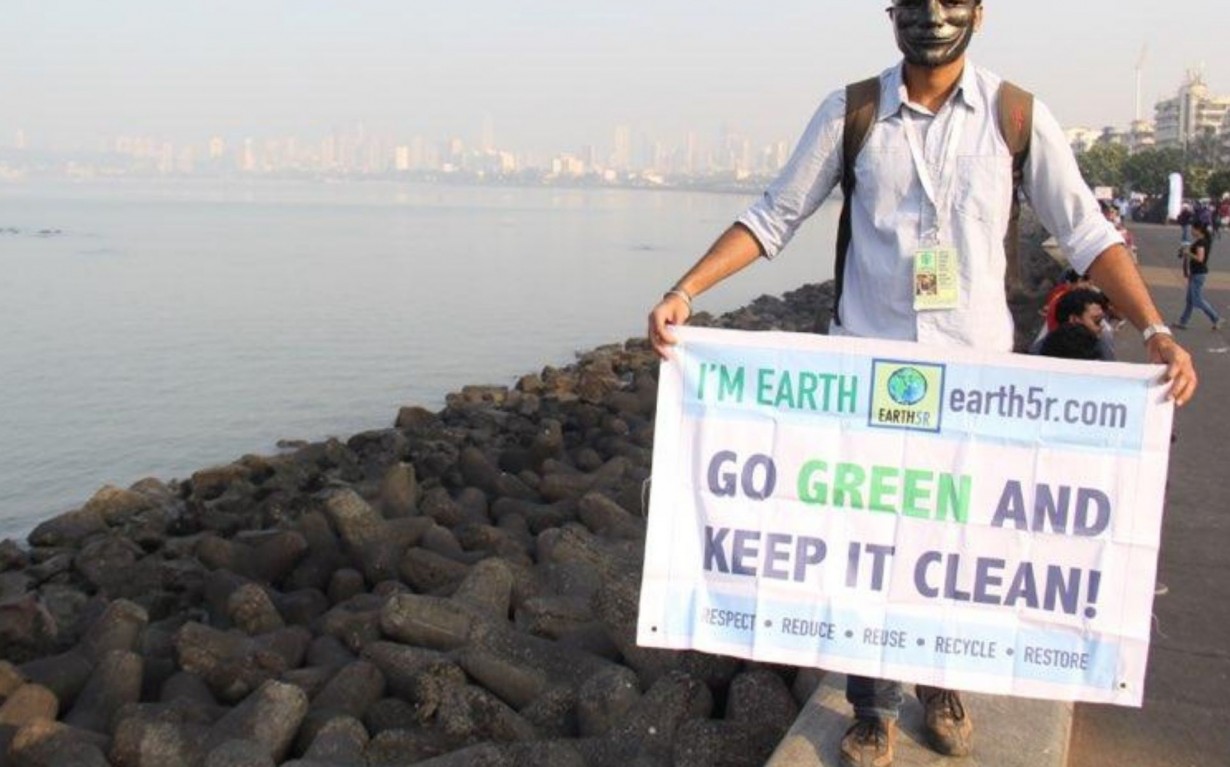 The event on January 17, 2016, being the largest marathon in Asia was a great opportunity to conduct a mass environmental awareness. Earth5R Mumbai team with its members- Sharad Vegda, Kaksha Mahudkar, Sagar Kulkarni, Khushbu Chotalia, Akshita Shah, Anmol Hembrom and Ishan Shah with banners and bibs to spread environmental message were out on the streets of Marine Drive, during the marathon to promote the idea of sustainable development.

The runners as well as audience on the roadside were the target people for the environmental awareness. The team received a thumbs-up from several runners as they read the messages while running.

Along with this, one to one interaction was carried out with the people who had gathered for the event. The problems they face in their day to day lives, water crisis, pollution and traffic, energy crisis, waste management, etc, were issues that were covered and discussed as the team members and people suggested possible solutions to the mentioned problems.

Earth5R had also prepared a few basic environment related questions for a quick quiz with the people. Awareness and knowledge coupled with the fun element of a quiz surely created an impact in the audience. As we know, we need people to speak out their problems, discuss the solutions, get ideas, and follow them. Only then will they gradually shed off their environment based problems.

The event also saw many NGOs, who came with their respective messages. The team met several such NGOs, interacted with them about each other’s work, which in turn helped in building working relations with people who were experts in their fields of concern.