Increasing air pollution causes lung cancer, asthma, allergies and various other breathing problems. The slum dwellers are affected the most, as they live by busy roads polluted by traffic and industrial smoke. 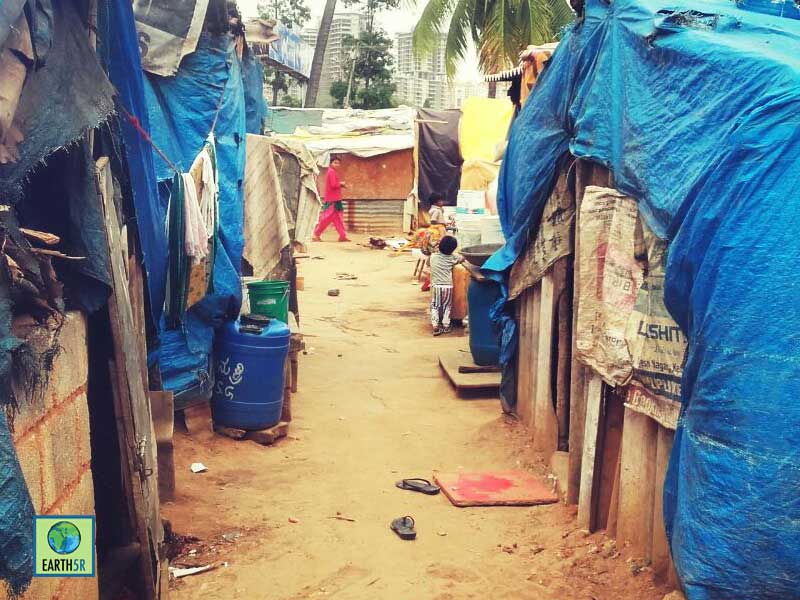 On 17th July 2016, Sunday, Manisha and Ranjani from Bangalore team visited slums at three different locations- Hebbal, Yelahanka and Thindlu. This was for environmental education and giving knowledge of social entrepreneurship to the people as part of community work. The communities were educated about the harmful effects of burning plastic and using it as containers to store & serve hot beverages and food, and how it can cause cancer and respiratory diseases.

The communities were educated about the harmful effects of burning plastic and using it as containers to store & serve hot beverages and food, and how it can cause cancer and respiratory diseases. 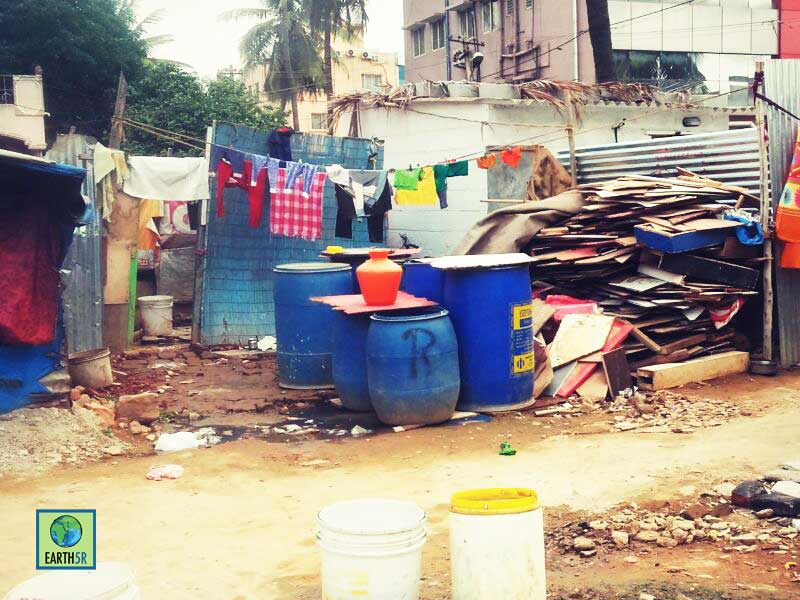 Hebbal: The people in this community migrated from Davangere, Karnataka. Some were from Jammu and had been living there at Bangalore since the past 7 years. They were initially apprehensive to speak to the team, as they had been pulled into false legal cases and tussles in the past. They were up-to-date about current affairs, and social media like Facebook. This surprised the team.

Yelahanka: This group was originally from Raichur, and were pretty interactive with the team. They burnt plastic frequently to use as fuel for cooking. The team was surprised and when they were told about the harmful effects on health especially for women, they agreed not to burn plastic anymore.

The team noticed that although most of these homes had electricity and television sets, the kids weren’t being sent to schools. Hence, the team stressed the importance of education and helped them understand how it was a long-term investment and would benefit them in the long run. 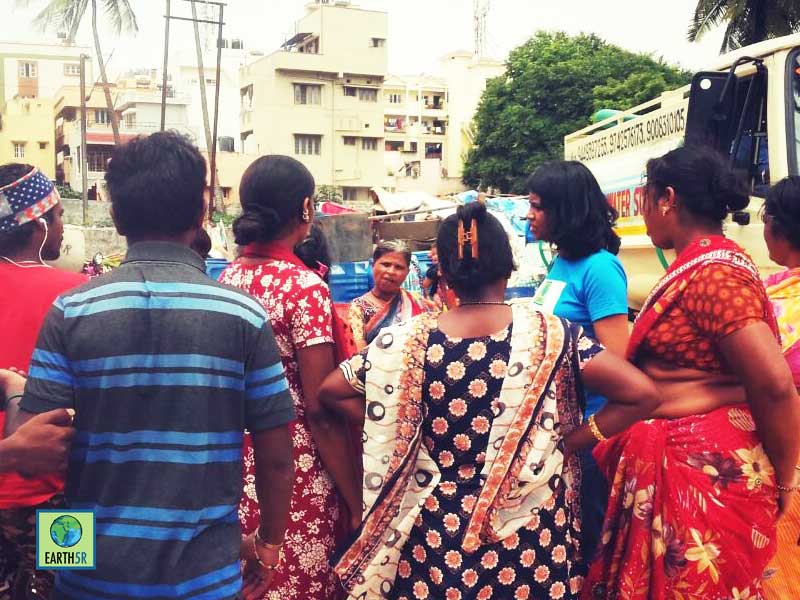 Thindlu: The people in this community were from originally from Hassan, and had been on the move since the past 7 years. They were staying temporarily in Bihar and Tamil Nadu and then moved to Bangalore.

They were mobile and car repair mechanics that serviced mobiles and washed cars and fixed tire punctures. The team was told that the women of the community were not allowed to work outdoors instead they would cook, clean and take care of the house. The men were the sole bread winners of the family.

The team was told that the men established themselves and their livelihood well and owned two-wheeler vehicles. Their children went to schools, and they were content with their income and living conditions and that they would not like any kind of help from the team.

No Replies to "Environmental Education for Slum community at Bangalore"