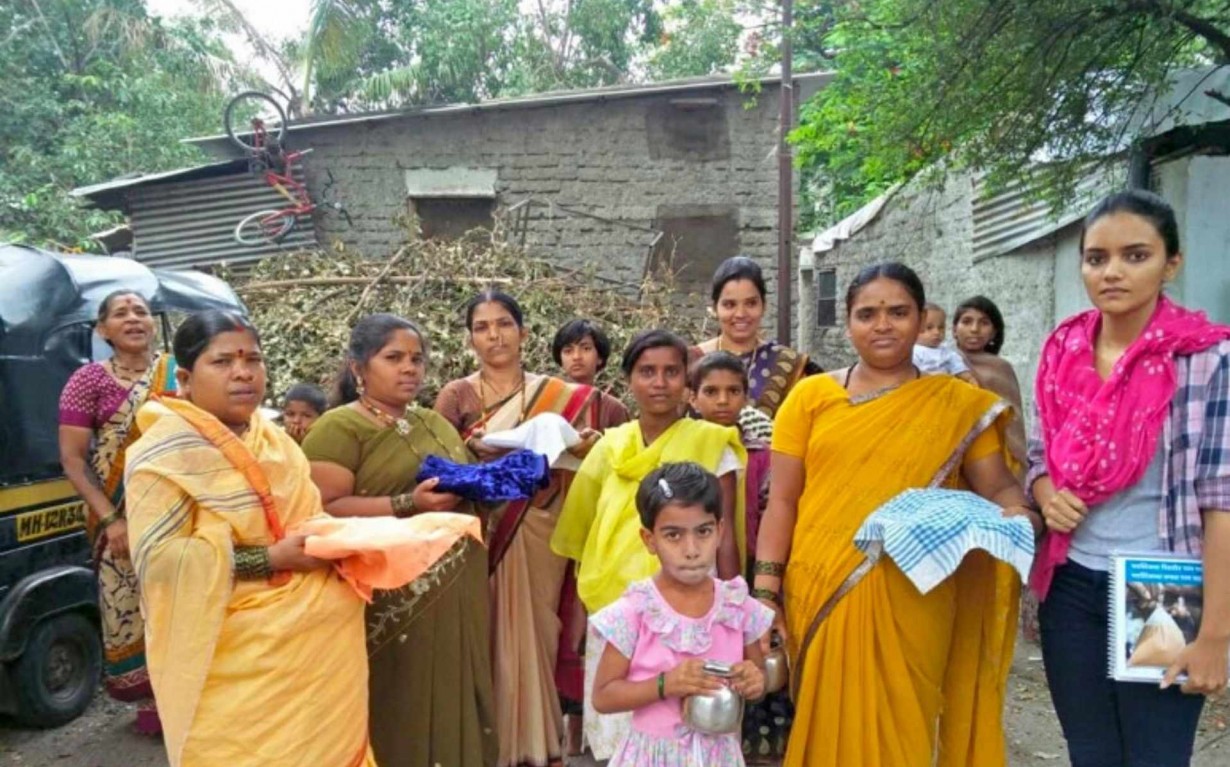 Knowing these facts Sonam Sengar from Earth5R Pune team decided to educate slum community members at Karve Nagar, Pune. She spoke to the women in the area about environmental issues that affect their health. She educated them on ill effects of burning wood and plastic.

Sonam also trained the women in financial literacy. While having the discussion about these issues, a lady mentioned that no one ever told them about such important issues. They have been living near an area where garbage is burnt very frequently. There is a huge amount of plastic in the garbage. At the time when Sonam visited the place, she found garbage being burnt and she saw a lot of plastic in it.

Sonam found there was a huge amount open garbage of the locality. She found garbage being burnt with a lot of plastic in it. Many houses had wood stacked for burning for their regular use. The women now seemed to be concerned about the health problems they might face due to this.

-Report and Photos by Sonam Sengar.

Climate Change, Poverty, and Pandemic: Is ...

Environmental and Upcycling Education at Government ...