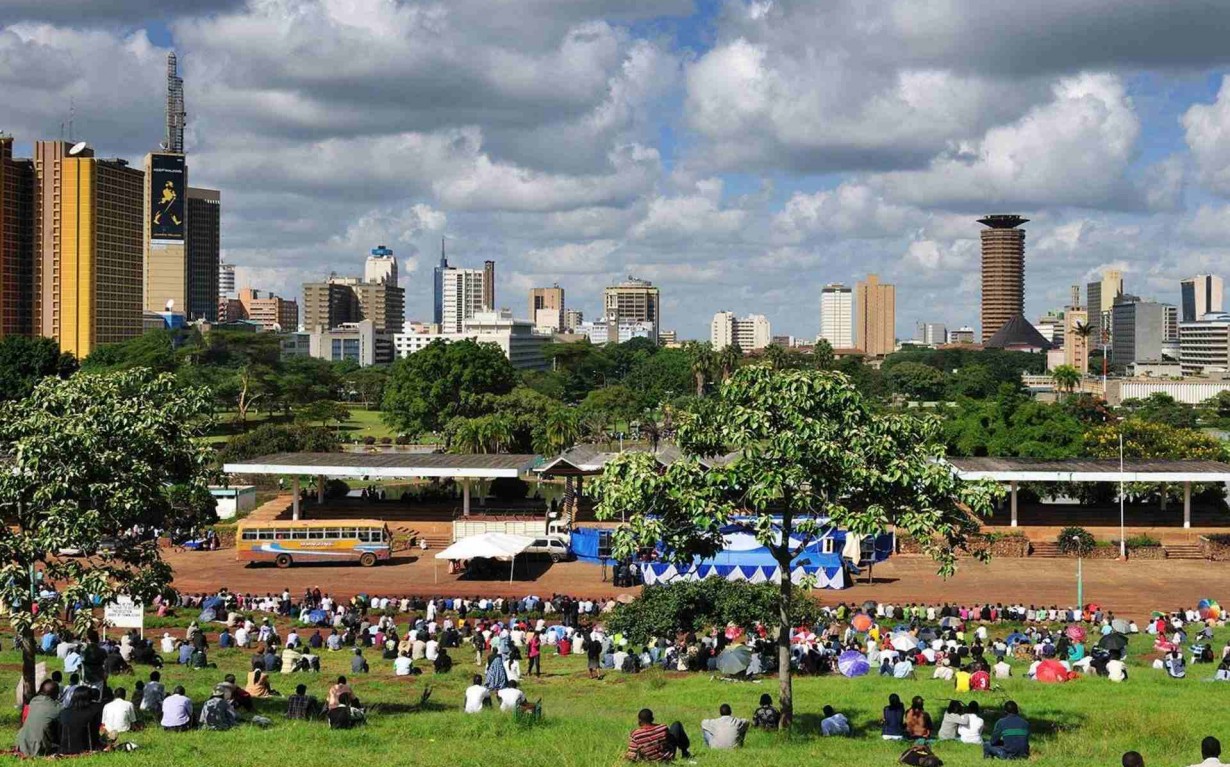 The 390 km Nairobi river which resides 56% of the state’s population on its bank has been polluted for 75 years straight, unabated. Authorities have acknowledged that 2475 tons of waste is produced every day throughout the city and most of it goes directly into the river.

The water in the river is black, extremely odorous with bubbles of methane and hydrogen sulphide, and contains large amounts of dark suspended material.

It has not always been black and grey in color. Nairobi River used to be the perfect ecosystem for plant and animal life until human settlement expanded. Now, the river is filled with all sorts of contaminants, which makes it very difficult to spot aquatic life in the stream.

SLUM ALONG THE BANKS: CAUSE OF DOMESTIC WASTE

Various communities encroached along the banks of the Nairobi River depend fully on the river to do their household chores.

The very huge part of the river’s pollution comes from the slums as most domestic wastes are dumped directly into the river. Most of these slums do not acquire a proper sanitation system or drainage system.

Lack of sanitation facilities leads to the direct dumping of toilet waste into the river. 83% of households without a private toilet report poor health. Respiratory illness/cough (46%), diabetes (33%), and diarrhea (30%) are reported as the most frequent health hazards.

The levels of Escherichia coli (E. coli) in Nairobi river in 2019 were very high. The standard for bathing is 100-200 units/100 ml of water, while the level in Nairobi River was up to one million units in 100 ml of water.

Above this, slum residents wash their clothes directly in the river causing chemical detergents to flow with the stream. People living along the banks are often affected with serious diseases when they use the river water to consume an illegal alcoholic drink.

Even with this evidently polluted water, the communities find the river as the only source of water to do cleaning, bathing, washing, and watering.

In 2018, 27.03% percent of Kenya’s total population lived in urban areas and cities through which the Nairobi river passes. It is an unfortunate fact that the river has to bear industrial and domestic waste as it travels from the urban areas to the rural.

THE CONCENTRATION OF POLLUTANTS

Wastewater in open waste channels at Nairobi industrial areas have elevated levels of Pb and Hg. The Nairobi River’s average P concentration is 1.5  and 2 mL/L in the rainy and dry seasons, respectively. Concentration of more than 0.01 mL/L may cause eutrophication and reduce water quality

The pollutants from industries also comprise harmful metals and high levels of bacteria which leads to water-borne diseases like typhoid, cholera, dysentery.

Cleaning of motor bikes on river banks is a common practice in Nairobi. Most motor bikes are chrome plated and hence some amount of Chromium gets deposited in the water from peel off. This can cause various health issues.

Unhygienic markets of Nairobi (The Star)

It is reported that irrigation trenches in Nairobi receive sewage water from markets, roads, and surrounding cities. This very system is responsible for watering the market gardens which produce crops for the entire city.

In 1901 the Indians in Nairobi filed a case against the Township Committee about the unsatisfactory sanitation situation at the market .

On July 29, 1913, Price Williams, a civil engineer from Westminster, arrived in Nairobi and protested about the town’s drainage because by that time, raw sewage from Nairobi was being drained into Nairobi River without treatment.

These ‘poisoned waters’ the residents are drinking is one of the factors that leads to adverse health effects such as dysentery, which caused more than 16% of all deaths of Africans in Nairobi.

TURNING THE RIVER INTO A GRAVEYARD

The condition of the Nairobi River has worsened such that it has become a common sight to spot dead bodies in the river during cleanup work.

During a cleanup work last year, six children were found buried in the river. Recently, an abandoned baby was found in an unacceptable condition from the river by a cleanup volunteer.

According to locals, such incidences are very common in the area. The terrible act of dumping dead bodies in the river does not stop here. Several similar occurrences were witnessed in different parts of the city. The number of bodies found along the river since cleanup works started in 2018 is 17.

Of the 17 bodies found in the river, 13 were infants and 4 were adults

The rehabilitation and restoration of the Nairobi River basin was a four-phase project.

SHUTTING DOWN THE POLLUTANT SOURCES

Four companies in Nairobi’s industrial area were shut down because they did not own an effective wastewater treatment plant. A paint manufacturing company, a paper recycling company along with two other companies was closed down for exposing toxic water into the Nairobi River.

The project started on April 16 2018, focuses on finding industries that do not meet the standards of waste management and disposal to provide them with improvement orders.

SLUM RESIDENTS ON THE ACTION: A RIVER CLEANING PROJECT

INEFFICIENT MEASURES TOWARDS THE PROBLEM

Nairobi’s slums have informally accessed the banks of the river for accommodation since the city’s formation. These poor communities fight with inadequate sanitation, unhealthy water facilities, and improper waste disposal methods to retain life.

They have been going through the situation for centuries and the administration has had very less concern about the conditions.

The truth is that the slums are excluded from owning houses and from service sectors.

Even when the communities are brought under awareness programs and campaigns, there is still the need to have proper facilities for them to dispose of their waste.

There is a high need for a solid waste management system and proper disposal methods among the communities that must be imposed by the administration since the population is set to be about 8.5 million by 2035.

The four-phase river rehabilitation project did not result in success not just because of the financial crisis, but also several other factors.

Some of the communities were unable to recognize the importance of cleaning their environment and surroundings.

The major problem was that the authorities did not produce effective support with clarity. They failed to display the correct extent of pollution and on top of that, the project involved corruption. Strict enforcement of the policy was also lacking.

IRRESPONSIBLE GOVERNANCE: THE ROOT OF PROBLEMS

Nairobi’s dirtiest river is in its current state because the people and the industries in the city thought of it as a way to dispose of their waste. This very thought must be deleted by the administration’s responsibility.

NEED FOR BETTER COMMUNICATION BETWEEN THE AUTHORITIES AND THE  PEOPLE

The people of Nairobi are struggling to retain life with unhygienic living conditions with a high unemployment rate. On the other hand, various organizations and authorities are trying to tackle the situation with much ease.

A lot can be done to solve the Nairobi River pollution if there exists a proper connection between the administration of Nairobi and its people.

The presence of a circular economy must be a prime concern in any administration. The concept allows every sector of the economy to develop itself together with the others.

Recycling Office Waste Through Art at ...

Waste Management Workshop by Earth5R at ...