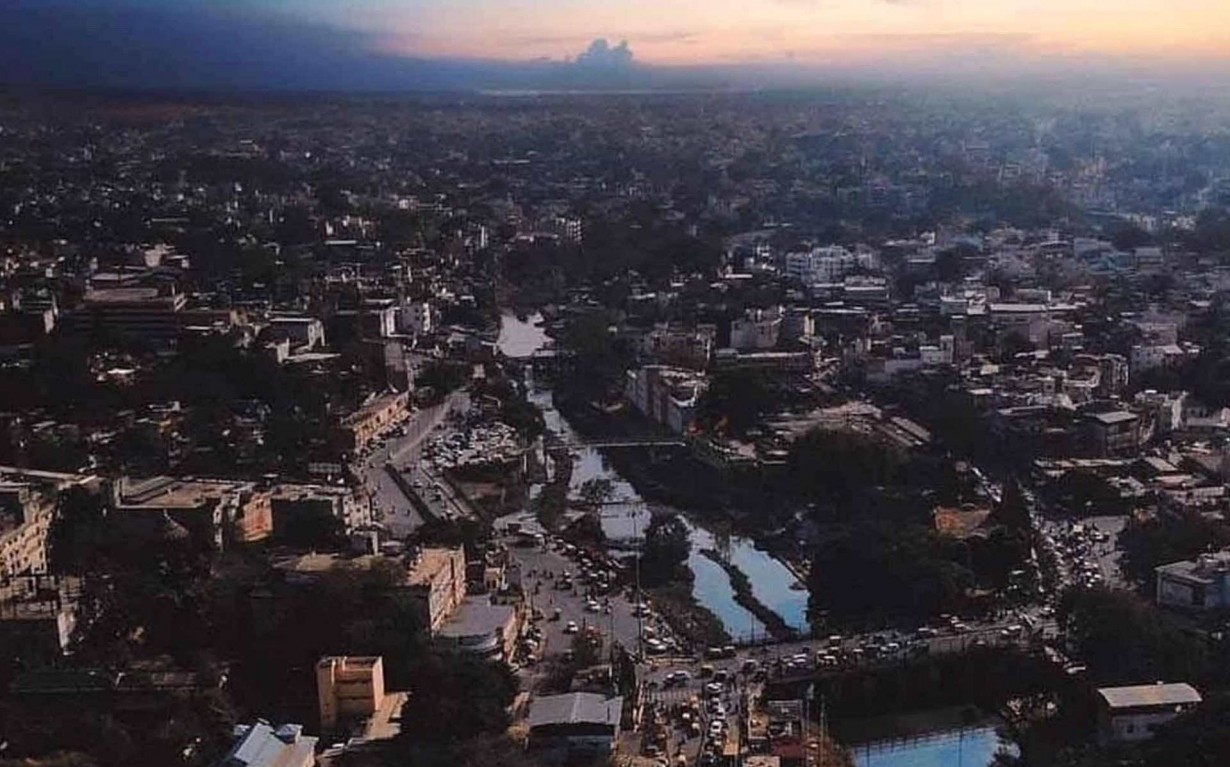 Indore generates over 1,115 Mega Tonnes of garbage a day, which is expected to escalate to 2000 Mega Tonnes in another decade, which is about 38 times the Great Wall of China.

Indore is the most populous city in Madhya Pradesh with 3 million residents, increasing at an alarming rate of 3.64% annually. Out of this,  2.31 lakh (7.7% of the entire population) residents live without a sewer system, while another 30% are in dire need of repairs.

Emerging as a major industrial centre, it has an estimated GDP of $35 billion in 2019. Its  industries are mainly cotton textiles, iron and steel, chemicals and machinery, most of which are responsible for pollution of the Kahn river, as well as contamination of drinking water.

Appallingly, Indore’s water supply is only able to serve 46% of its population.

Indore ranks as the most polluted city in Madhya Pradesh. Some major issues faced by the city are as follows:

In a study conducted in 2016, it was predicted that Indore’s annual temperature could go up by as much as 2 degrees by mid-century in the highest emission pathways.

THE CITY THAT SAVED ITSELF

Despite all these shortcomings, Indore is actually a step ahead of most Indian cities on the road to Sustainability.

It partnered with NGOs and private companies for an awareness campaign to change the behaviour of its citizens, and to run waste management operations.

COMMUNITY INITIATIVES : ROLE OF THE IMC, NGOS AND PRIVATE COMPANIES

In 2016, the IMC started collecting waste everyday from households. They also asked people to segregate their waste into dry and wet

The waste processing facility sifts through 645 tonnes of recyclable waste every day. 550 tonnes of organic waste converted into compost daily.

The gas produced is used to run city buses, and sold as cooking fuel to hotels.

According to Swachh Survekshan, the annual survey under Swachh Bharat Abhiyan, Indore has been ranked India’s cleanest city four years in a row, having managed around 90% of its solid waste challenge.

The easiest way local citizens can contribute to the circular economy is by educating themselves about sustainable methods, such as:

If the solution is not local, it is not sustainable.

This is what makes it a role model for cities all over India.

WHAT IS A CIRCULAR ECONOMY?

A circular economy is an economic system of closed loops in which raw materials, components and products lose minimum value, renewable energy sources are used and systems thinking is at the core.

Reduce, Reuse, and Recycle are at the core of this economy. What enters the system, stays in the system for as long as possible.

In the context of Indore, several instances of circular initiatives by the administration as well as the residents can be observed.

HOW WILL IT BENEFIT US?

The ecological benefits of a circular economy:

It is estimated that adopting a circular economy path could bring India annual benefits of ₹40 lakh crores by 2050. The greenhouse emission would reduce by 44% along with a significant reduction in congestion and pollution.

HOW CAN A CIRCULAR ECONOMY SOLVE INDORE’S PROBLEMS?

Accordingly, Indore should focus on these solutions to improve water scarcity situations during the dry seasons. Luckily, since 2015, Madhya Pradesh has been seeing a steady rise in forest cover and is now aiming for the national target of 33%.

In addition, treatment of sewage is also highly important. Water utilities have the potential to become the engines of the circular economy.

Water in a Circular Economy (Nextgenwater)

Poor Workers Bear the Brunt of ...