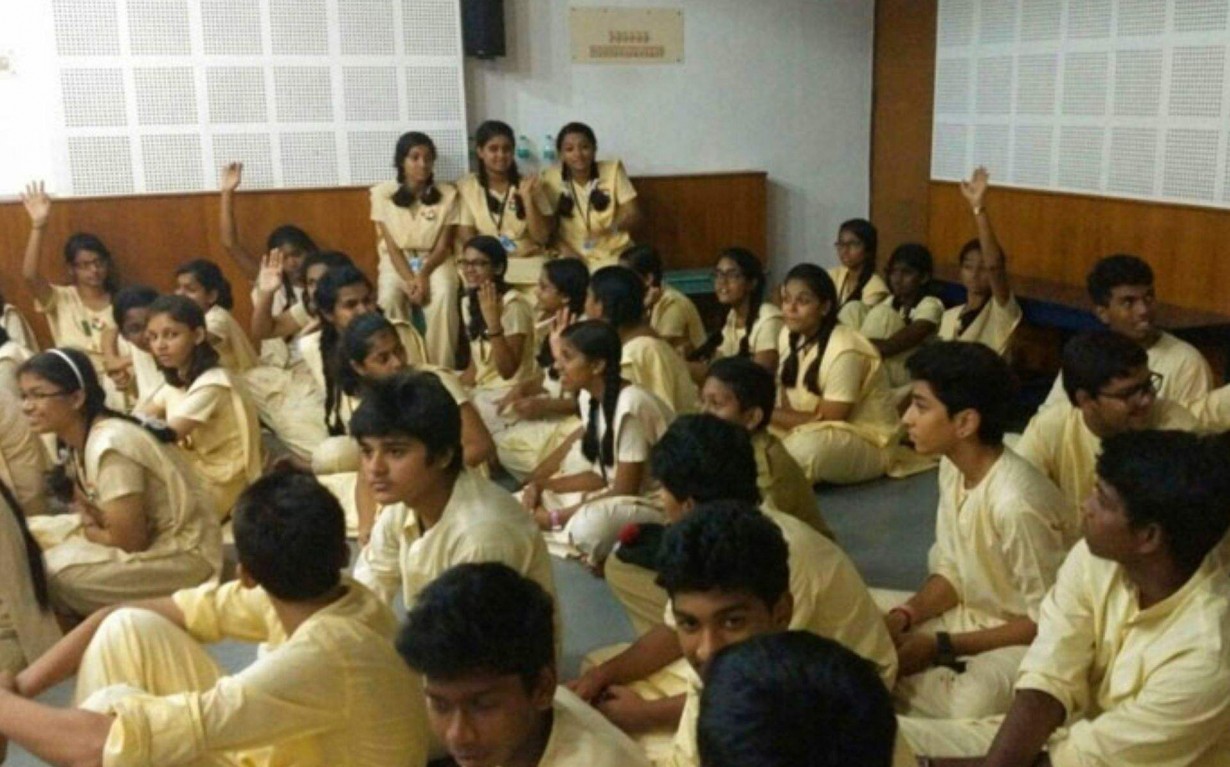 Can One Person Make a Difference? Chennai EarthTalk on Climate Change

“One person is enough to make a difference, and that person could be you!” – This was the focus of the EarthTalk on climate change given by Anagha Natraj at Chennai on August 14. The audience comprised of students aged 13-17.

The session started with playing of a video titled, “Dear future generations, I’m sorry.” This was video tied with emotional sentiments, which moved the children deeply. The Earth talk began with the prospect of an apocalypse looming large and what we, as future generations are going to do to save our own lives. Various questions on sustainability, global warming, climate change, a rise in sea levels, pollution, use of plastics, alternative sources of energy and future of the earth at the current rate of exploitation were addressed.

The idea that one person can make a difference was the highlight of the session. This idea was repeated over and over again for maximum impact. “You start as one person. There are 50 students in this room. After this session, at least two out of these 50 will pass on this message… One after another school, city, state, country and slowly, then the world as a whole: It can be done if YOU decide that you want to do it”, said Anagha.

The students were also informed about the beach clean up that was going to be organised by the Chennai team of Earth5R. Many gave their names and were really inspired to take part in the same. Motivated by the session, we received a message from one of the girls saying that she indeed was inspired and felt in the true sense that she could be one of the persons to be the change and bring about change as well!

Awareness on Plastic Pollution at Bangalore