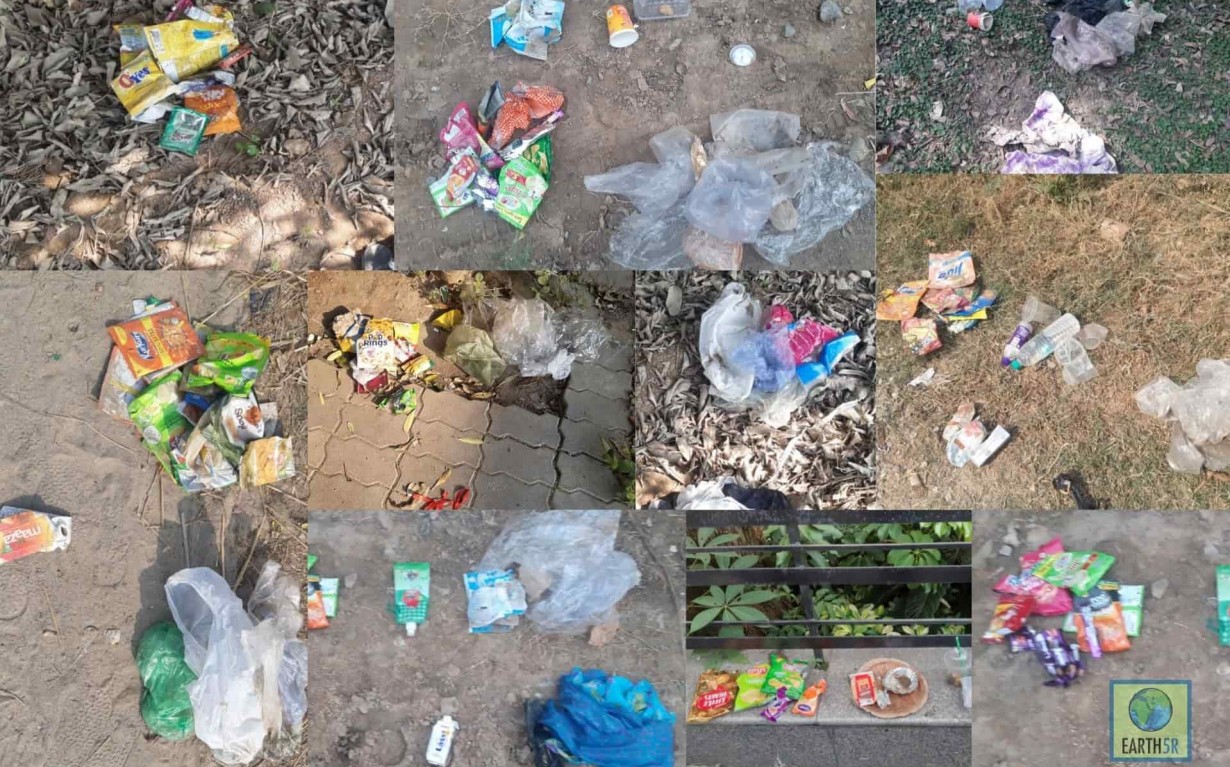 It is heart wrenching to see how much plastic has become a part of one’s daily life. Most people often do not pay heed to the plastic waste all around them and thus add to the global issue of mismanaged plastic waste seen today.

The clean up and segregation activity under the “Know Your Plastics” project was done in an effort to make citizens aware about the plastic menace and encourage them to step out of their homes and help in the cause Earth5R and many other organizations are fighting for.

Managing Plastic Waste through the “Know Your Plastics” project

Cleanup and sampling was conducted by Earth 5R volunteer, Tanya Mittal, at Kurukshetra, Haryana. As a resident of the city she believes that “A tourist destination, a pilgrimage is no different from other parts of the world, its plastic all around, but working with Earth5R helped me to get rid of the veil of ignorance about my surroundings and recognize and accept the reality and do some real work”

A tourist destination, a pilgrimage is no different from other parts of the world, its plastic all around, but working with Earth5R helped me to get rid of the veil of ignorance about my surroundings and recognize and accept the reality and do some real work

The data she collected was analyzed and the results were as follows :

“Most of the waste in the city is dumped into empty plots with stray dogs, cows, and other animals often found swallowing it, here proper dustbins are not installed and people feel that it is convenient to throw away their plastic waste into nearby empty spaces, parks, and other public places”

Why we are not able to manage this plastic waste?

Though plastic can be easily generated, the process of recycling often is considered difficult. This can be because of the following reasons:

As a global citizen, there are multiple ways by which one can help stop the plastic waste crisis:

Ways to reduce plastic waste (Source: Down to Earth)

Reading Greta Thunberg’s  ‘no one is too small to make a difference’ I understood that I, today can start to make a difference, I believe people need to understand how important it is to live in tandem with our ecosystem and be a part of it rather than governing it”

Earth5R is a citizen-led initiative which encourages people to realize the importance of taking action now, no matter what position one holds and no matter what ideology one believes in. Irrespective of diversity global citizens must collaborate and join hands for the betterment of not just future generations but also the earth.