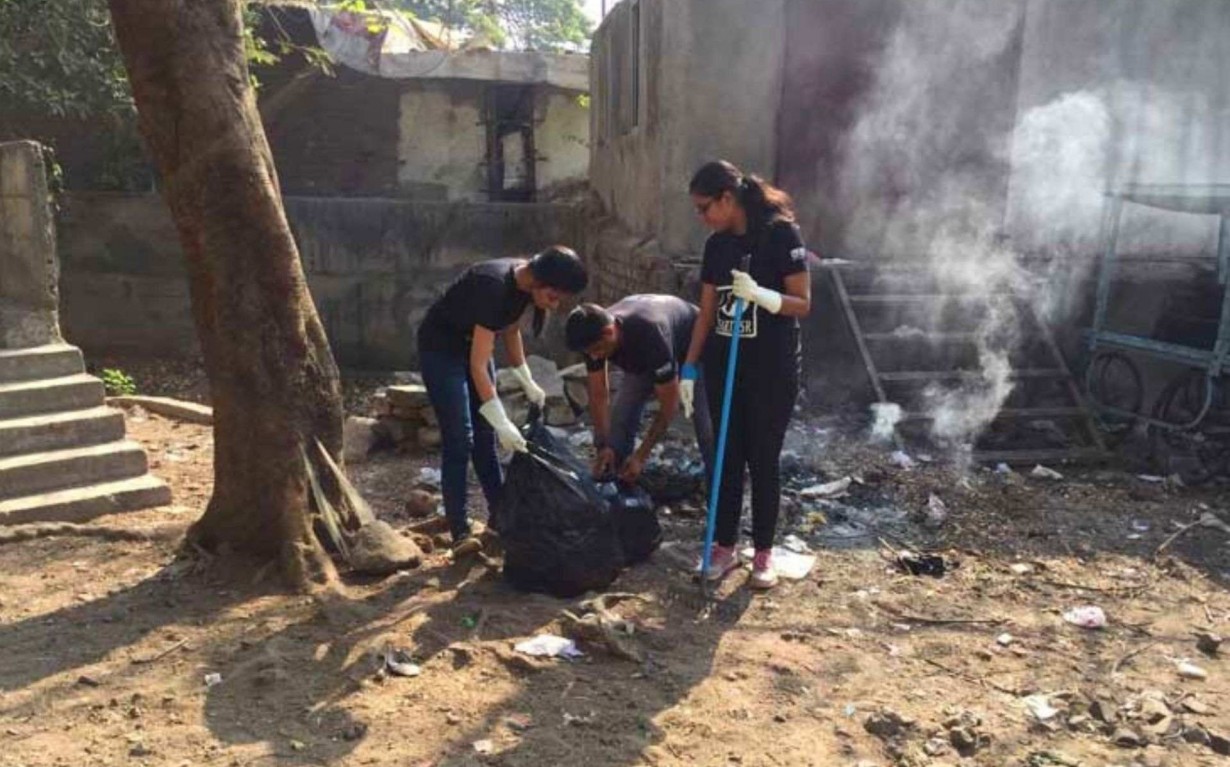 The Mula Mutha River Cleanup and Citizens Awareness program were conducted at Pune by Mumbai based Environmental Organisation Earth5R. During this cleanup, the team found various types of waste. Most notably, they found snack packets and many cigarette butts in great abundance.

Cigarette butts are the most common form of litter, as an estimated 4.5 trillion cigarette butts are thrown away every year worldwide. The problem has increased in recent years with government legislation for smoking restrictions in public buildings and restaurants forcing smokers outside, where butts are often littered.

The cigarette butt filters are made from cellulose acetate, a nonbiodegradable plastic. A typical cigarette butt can take anywhere from 18 months to 10 years to decompose, depending on conditions.

However, beyond the plastic, these filters (which are on cigarettes in the first place to absorb contaminants to prevent them from going into the lungs) contain trace amounts of toxins such as cadmium, arsenic, and lead.

In addition, many chemical products including pesticides are used during the course of growing tobacco and manufacturing cigarettes, the residues of which are found in cigarettes butts.

The residue of over 4000 chemicals may also be introduced to the water via cigarette butts. Also, when butts are discarded, wind and rain carry them into the water supply. These toxic chemicals are then leached into aquatic ecosystems. Within just one hour of contact with water, the chemicals begin to leach into the aquatic environment and threaten the well-being of marine life.

The residue of over 4000 chemicals may also be introduced to the water via cigarette butts. These toxic chemicals are then leached into aquatic ecosystems. Within just one hour of contact with water, the chemicals begin to leach into the aquatic environment and threaten the well-being of marine life.

Studies by Johns Hopkins University, the US Centers for Disease Control and Prevention, and even the tobacco industry show that these contaminants can get into soils and waterways. They can harm or kill living organisms and generally degrade surrounding ecosystems.

Birds and aquatic animals can mistake the butts as food, resulting in serious digestive problems that may lead to death. Butts have been found in the stomachs of young birds, sea turtles, and other marine creatures.

Mumbai based Environmental Organisation Earth5R has a local team at Pune which has been working on the pollution problem of the river Mula Mutha consistently for last 2 years.

The team realized that this issue of polluting the river with cigarette butts needed to be stopped immediately. Simply cleaning them up is not a sustainable solution. If the citizens are not aware of the harmful impact they are creating, the problem will continue.

Therefore, the team initiated a street campaign. Sonam Sengar, Madhavi Ninganur and Shriyam Jalan interacted with the people to show how we as citizens can make a difference through small lifestyle changes.

By simply thinking about the impacts of our actions, the world would be a much better and more sustainable place. Spreading awareness about the issue of plastic pollution is crucial in defeating it. People will continue to throw their cigarette butts in the environment if they do not know the impacts it creates.

Polar Bears Scavenge on Garbage to ...

Rainforest Trees May have Been Dying ...

Say Yes to a Sustainable Lifestyle ...