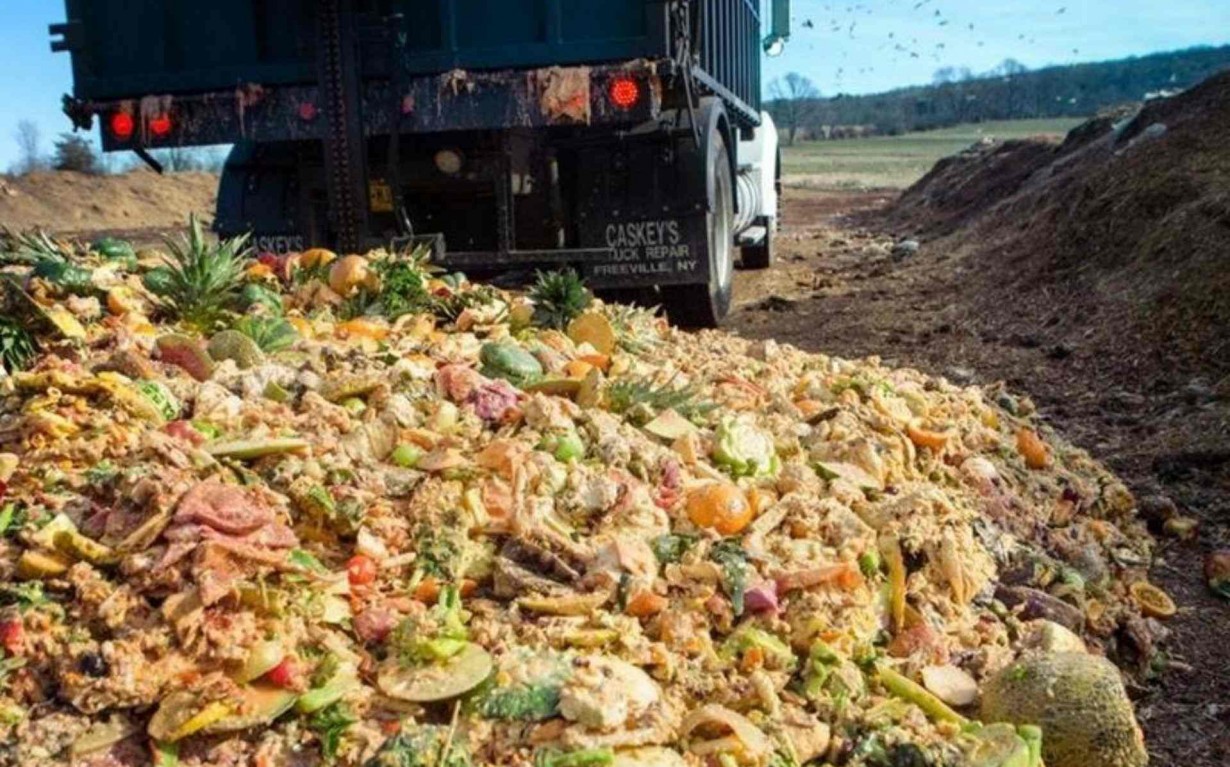 New York has the third-highest cancer risk caused by airborne chemicals of all counties in the United States.

Despite this terrifying fact, New York City continues to attract millions of tourists every year for its popular, beautiful, and exquisite museums, art galleries, and sculptures.

As the largest metropolitan area in the world by urban landmass, New York City consists of 5 boroughs: Brooklyn, Queens, Manhattan, the Bronx, and Staten Island.

Home to more than 18 million residents, New York City stands as one of the most populated cities within the US and therefore an important center of influence for the world.

As a result of high population density and a booming economy within New York City, devastating problems, specifically increasing the cost of living, and pollution from food waste, ozone emissions, and trash, continues to grow larger as we speak.

THE TRAGIC INCREASE OF POVERTY

A single person in New York City can expect to spend an annual total of $51,323 on necessities — more than what the median US worker earns in one year.

Between 2005 and 2016, New York City added approximately 76,000 new units of rental housing for 576,000 new residents. Additionally, many of the new units added were often too expensive for low-income families.

Not only did the increased cost of living lead to more poverty and homelessness, but also an unequal distribution of incomes.

Unequal income distribution among the citizens of New York has also led to an increase in homelessness, poverty, and gentrification.

Thus, the increased cost of living coupled with unequal income distribution resulted in drastic negative effects for the majority of citizens in New York City.

FOOD WASTE AS A DANGER TO HUMANITY

The average amount of food wasted by households in New York City was a corrected amount of 8.4 pounds per household per week.

When food waste degrades in landfills, they produce a harmful greenhouse gas known as methane. Methane gas emissions contribute to a variety of detrimental effects including air pollution and most significantly, climate change.

Ranked as the tenth worst in the country for smog levels, New York City was rated an F, in four of the five boroughs, for high smog levels according to the American Lung Association.

THE OVERWHELMING FLOOD OF TRASH

Due to the high population density in New York City, trash accounts for one of the largest issues with 1.7 million tons of greenhouse gas emissions generated from landfills in a single year.

To combat the crisis of pollution from food waste, ozone, particle emission, and trash, New York City authorities, organizations, and citizens have taken action towards addressing this issue.

Despite these measures, New York City continues to exist as a city generating tons of trash, food waste, and air pollution. To truly reduce the amount of pollution within New York, a circular economy is necessary.

A circular economy is a closed-loop system in which all goods retain their values through reducing, reusing, recycling, and restoring the waste.

Contrary to our current linear system of “take-make-dispose,” a circular economy seeks to extract value and regenerate waste.

Going local is the first step towards sustainability. Not only can a circular economy help reduce waste but also generate job opportunities and reduce the wage gap between upper and lower classes. Hence, a circular economy is crucial to solving the income inequality prevalent in New York City.

Implementing circular economy based solutions can increase jobs in the renewable energy and recycling sectors, which will help bring people out of poverty while creating a cleaner and sustainable environment.

To address the issue of food waste, a more extensive circular economy approach can be taken.

Anaerobic digestion process for production of biogas and biofertilizer (Biogen)

Additionally, hosting large fairs, events, and workshops dedicated to raising awareness of the need for circular economy solutions and encouraging residents to be more aware of their actions can further reduce waste by educating residents and unifying them under the same cause of creating a more sustainable future.

The community, in turn, can also contribute towards a cleaner environment in the future through:

Through the combined efforts of the community and the government, a more sustainable future can be achieved from adopting a circular economy.

Initiated in Mumbai, India, the Earth5R team succeeded in implementing an effective circular economy model through the installation of compost units for composting organic waste.

The goal was to reduce the amount of waste going to landfills by segregation and processing of organic waste.

The Earth5R team trained the residents on 3 broad types of waste generated in households: recyclable, biodegradable, and refuse, as well as the importance of proper waste segregation and waste disposal.

Furthermore, they were informed about how to care for composting units and the uses of organic compost. From this training, environmental, social, and economic benefits emerged:

From this circular economy model, residents learned the importance of segregating at source, identifying waste streams, and properly segregating waste. Through these actions, a step towards zero waste is taken.

Thus, a circular economy is necessary for a more sustainable and cleaner environment in the future not only in India and Los Angeles but also all over the world.

Recycling Workshop for School Children at ...

A Step Towards Sustainability: Beginner’s Guide For An Environment Friendly Lifestyle

By 2050, the volume of plastic in the ocean will outweigh that of fish; out of which over 52 percent is from plastic packaging.  Environmental…