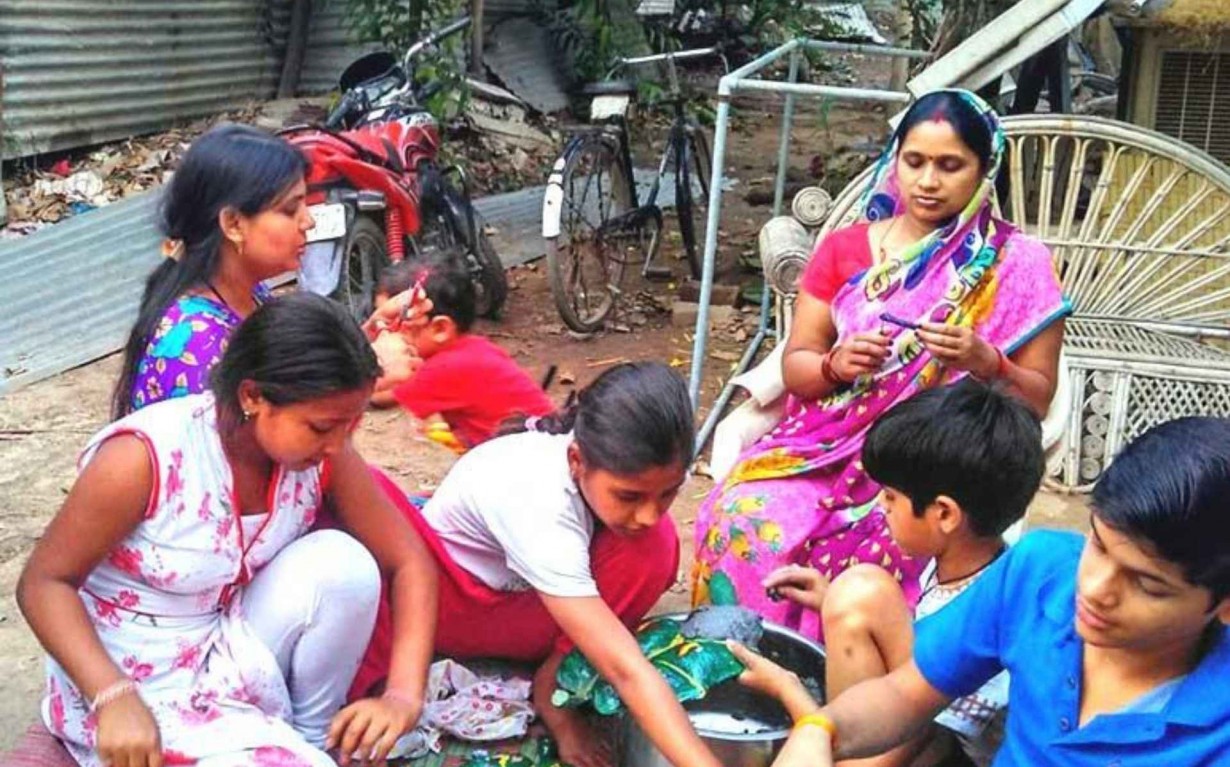 For the purpose of educating the slum dwellers regarding social entrepreneurship and the environmental awareness, a workshop was held by Vedanshi Bhartia, an Earth5R member in the city of Kanpur.

She conducted the workshop for nine consecutive days. The workshop was conducted from the 18th to 30th of May, 2016. The location in which she worked was near the Meghdhoot Hotel at Kanpur.

The first day, she introduced herself and the organization to them and described the basic idea and objectives of the workshop. On day two, Vedanshi focused on spreading awareness about the hazards of plastic and taught them how to make paper bags out of newspapers. After this, on the next day, the people along with Vedanshi began the preparation of paper mache by tearing up waste paper and leaving it for soaking which needs to be left to dry.

Then the Earth5R volunteer initiated the part of the workshop regarding cloth upcycling. She told them about the numerous ways of reusing clothes. The group made newspaper balls and rolls and covered them with scrap cloth collected from tailors. The following day, these balls and rolls were further sewn together to make wall hangings and bandhanvars.

On the eighth and ninth day, the paper and cloth up-cycling workshop was concluded by painting the paper mache trays in attractive colours and giving finishing touches to the door hangings.

The residents had never received such a training and awareness before which worked totally in their benefit, monetarily and health-wise for which they were very grateful.

Awareness on The Ganga River Pollution ...