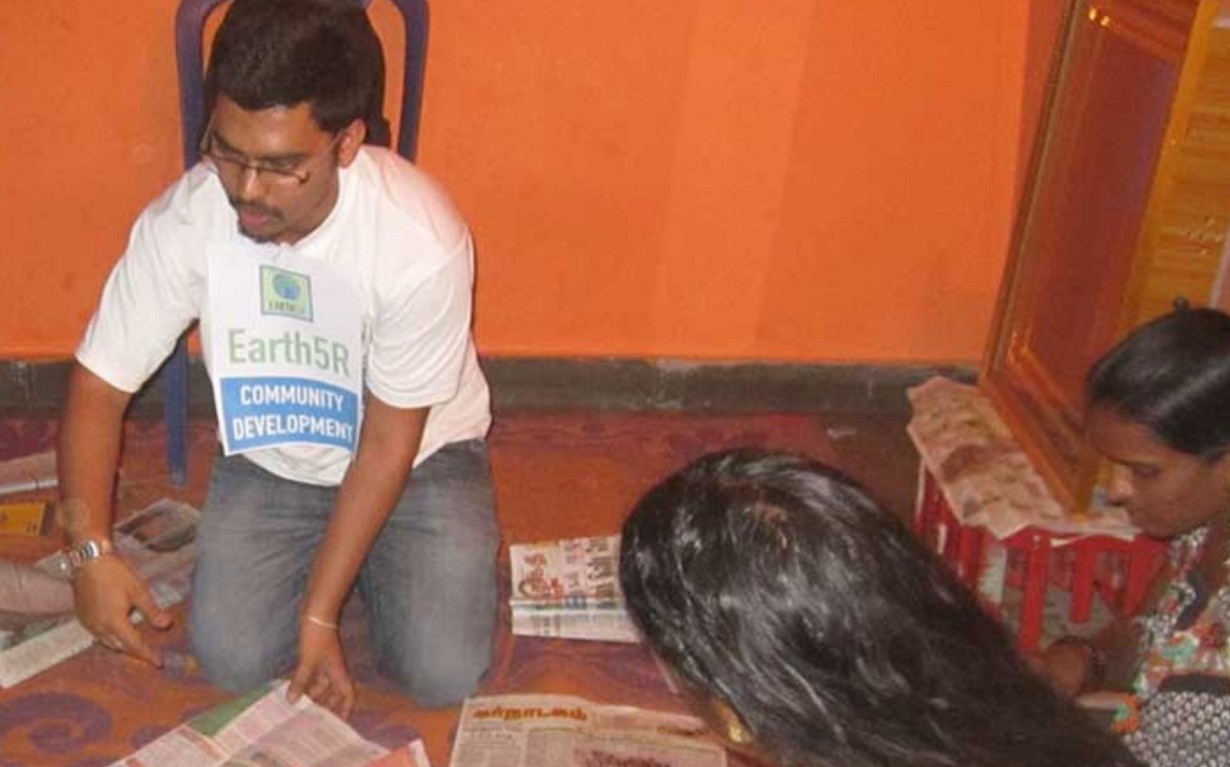 Earth5R member Syed Hussaini conducted a paper bag making activity on the 22nd of April, 2016. The intention was to teach the kids how to replace polythene bags with bags made out of reusable waste paper. He also informed them about the ban on plastics by the Government and the reasons why such a measure has been taken.

From 11th april to 20th April, Syed surveyed the slum out and about and conducted the activity on 21st of April after learning himself, the technique of making paper bags. He took the opportunity to educate them about the ill effects of burning plastic and also about the health hazards of using asbestos sheets as roofs such as Asbestosis and lung cancer among other things.

On 21st of April, the residents of Pottery town, not seeing the requirement to learn this skill were skeptical initially and asked for a day’s time. Syed, agreeing to the residents decided to continue the next day. On 22nd of April, he conducted the activity of bag-making and the residents were quick to learn and agreed upon continuing making more bags.

In addition to fun and artsy learning, Syed also enlightened them about the procedure of opening bank accounts for efficient money management and provided bank managers’ information who could possibly assist them in creating their accounts. He also spoke about life insurance; people were astonished to know about the low cost of life insurance which they were totally unaware of.

They were interested in knowing more as they could see this as a tool for making their lives more secured. For Syed, this activity turned out to be an interesting experience and was satisfied seeing they enjoyed the learning process. They used their innovativeness in giving the bags a better look.

Environmental Awareness at Slums in Varanasi