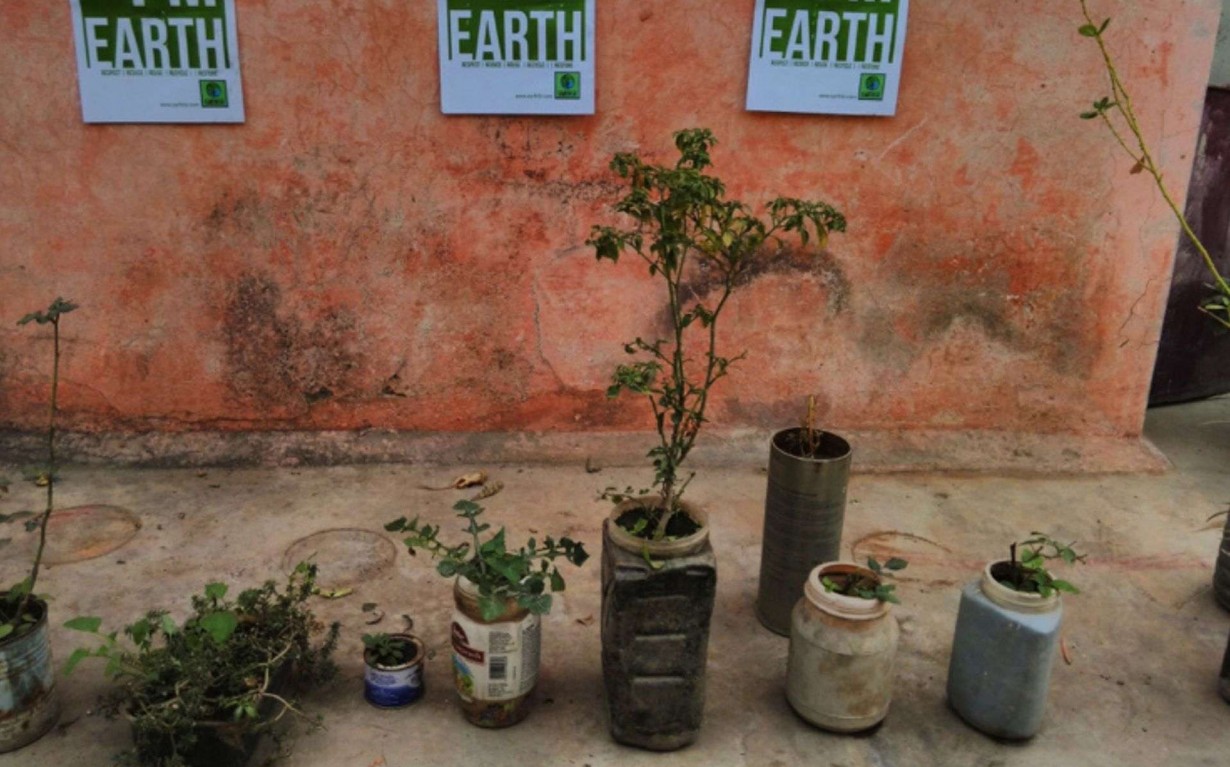 Plastic Recycling for Plantation at Delhi

Plastic has been with us for more than a century. By now, they’re everywhere, for good and for ill, with their multiple uses.  Plastic containers may help us immensely in our day to day lives but they also leave behind neuro-toxins such as BPA in the human body.

PVC is used for every plastic-oriented product, from pipes and flooring to furniture and clothes, but it contains compounds called phthalates that have been implicated in reproductive disorders. Studies have also shown that continuous exposure to plastic pollutants can have significant negative effects later in life including overall disruption of the body’s mechanism.

You might have read about the negative effects of plastics and decided to reduce the amount of disposables you consume, and that’s a great direction to be heading in. But there’s another problem that remains intact and it is that overall plastic-trash that needs to be tackled. – 1,000 plastic water bottles which are consumed every second in every corner of the world. That is why there is a major problem for humans, environment and animals on our planet against its harmful effects.

A plastic reuse program was led by Sanchi Singh from Earth5R, in the Community Center of Shalimar Bagh district on 16th January, 2016, together with the locality members.  They planned to reuse plastic containers and bottles for growing saplings. A brief demonstration on planting a seedling into a pot was given, showcasing the necessary precautions and the steps to take for the healthy growth of plants. Active participation of members and their quest for doing their bit for the environment left us with an enriching experience.

The Polluted Water of Androscoggin River