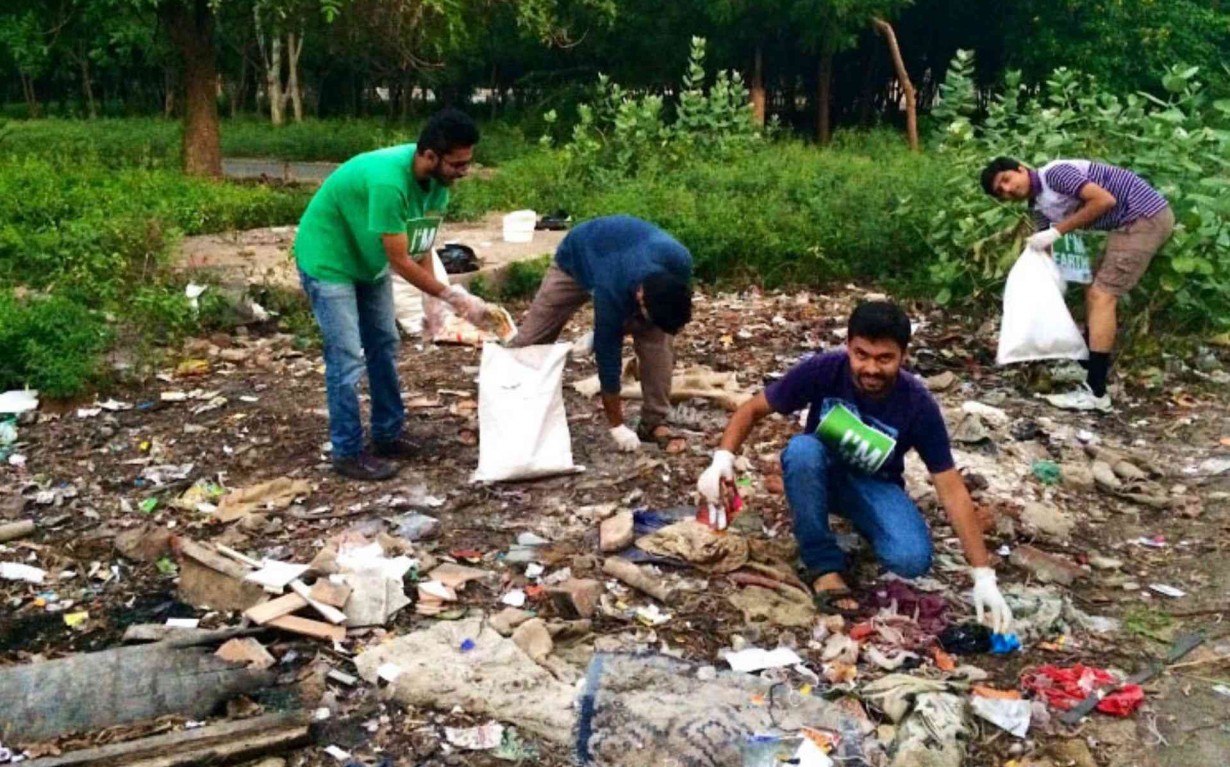 Towards a Cleaner Gandhinagar: Clean-up Drive by Earth5R

The city of Gandhinagar is well planned and well managed, but it still has a long way to go in waste management.

With 0.4-0.8 kg of garbage produced per resident per day, a few places, although being very much close to residential areas became dumping sites directly affecting the health of the people living in immediate vicinity.

To curb the diseases that spread due to bacterial growth at such filthy places, Earth5R team of Gandhinagar did a clean-up drive on 27th September 2015 in Sector 23B. Ashish Patel, Harshit Dave, Ishit Patel, Ketul Patel, Shreyas Chaudhary reached the spot and  60 minutes and 7 garbage bags later, the place was fixed to a great extent.

The amount of waste was enormous. The reason of the waste was sheer negligence of the community and it was just a matter of habits.  In total, more than 30 kgs of garbage containing plastics, bottles and half decayed bags were collected and were thrown to the dedicated garbage boxes of the area.

The activity was very much fulfilling for the team as getting their hands dirty had made a significant difference in the aesthetics of someone else’s neighborhood.

How the Sundarbans Missed an Opportunity ...

Red-footed Tortoises Under Threat due to ...