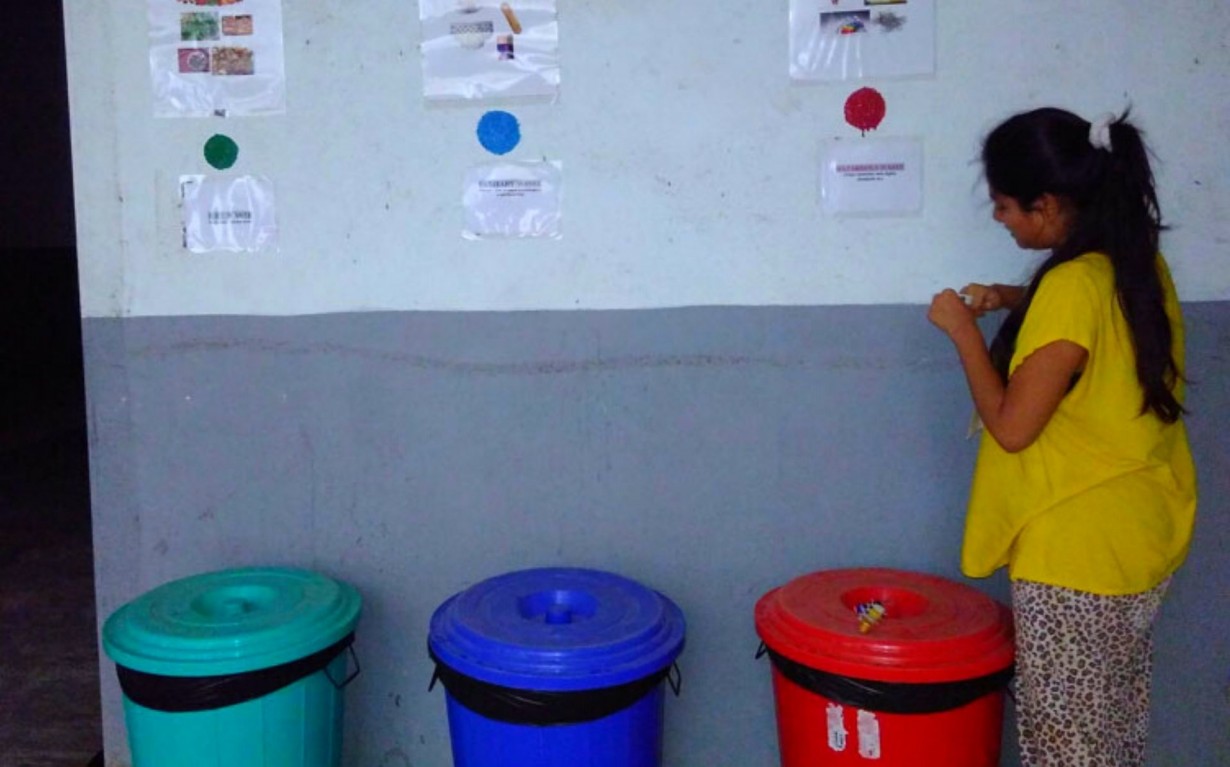 Did you know that about an average of 60,000 tons of just tissue paper is generated from the urban sector of our city in a year? These can be recycled if disposed of properly but they eventually end up in landfills. According to the 2011 census, the population of Bangalore is estimated as 84 lakhs and among those, are approximately 25 lakh households and it wouldn’t be a surprise that such a large number of people would be generating an equally large mass of garbage, but the question is that are they segregating that garbage well?

Nayanika Majumdar, a member of Earth5r team, along with her friends, Tracel Angela Fernandez and Syed Mudassar Nazar carried out an activity in Surakshaa Fairview Apartments, Bangalore on 31st October, 2015. The primary aim for this activity was to ensure that the residents got some knowledge about the way how waste generated by them is assorted properly in such ways that does not damage the environment.

The team along with the working staff of the society looked in their storage area and found different dustbins which they placed in the basement, where everyone would dispose garbage. Nayanika later printed out six pictures for each of the four buildings, showing pictures of what kind of waste is to be thrown in which bin.

These labels were placed on top of the dustbins for indication and easy use for the residents. The committee leaders took the responsibility of sending out the circulars to all the houses in the society so as to inform them about the new method of disposing the garbage.

This step, though small and limited to one area and locality, has influenced nearly 96 households to organise and dispose their waste in an orderly manner and help in saving the environment from the harm of un-segregated waste turning toxic.

Nepal and India’s Infrastructure Rules are ...

Dual Threat of Drought-like Conditions and ...

Tackling Plastic Waste at Thane with ...